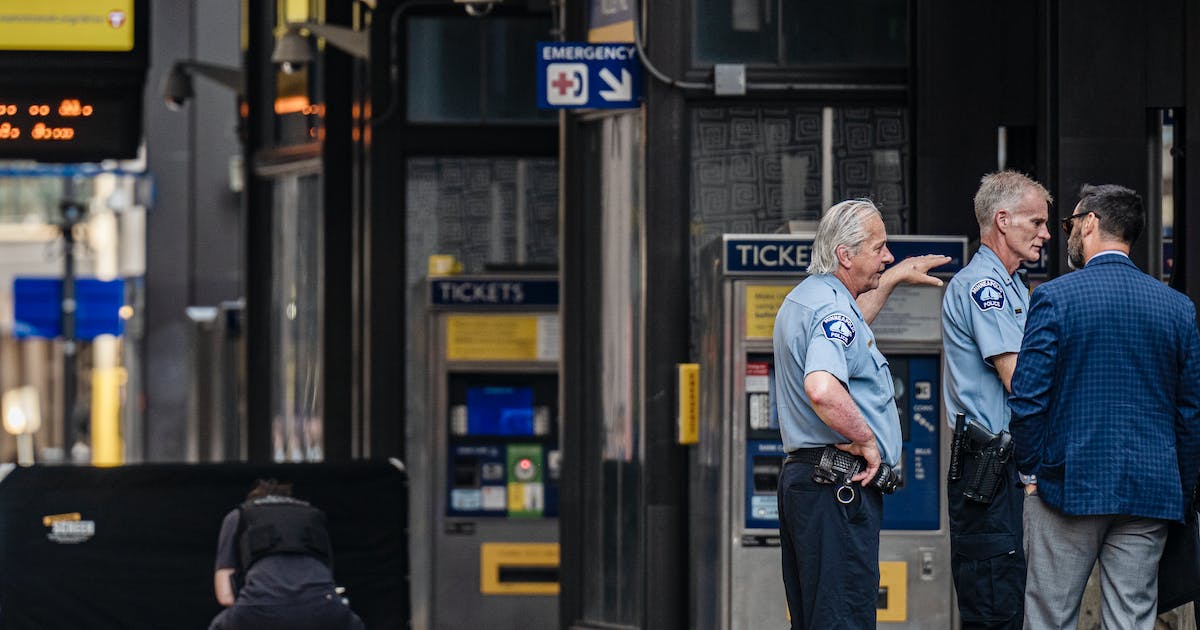 Scott Jensen’s “Safer Streets” campaign is disingenuous (“Jensen sees vote potential in metro,” Aug. 28). Leading the Republican chorus that conflates sensible gun regulation with a threat to Second Amendment rights (despite Supreme Court rulings that such rights and gun regulation can coexist), Jensen is instead campaigning on expanded gun rights.

To think that increased access to guns will make our streets safer is delusional. A study completed earlier this year found a direct correlation between the strength of states’ gun laws and reduced incidence of gun deaths, including homicides, suicides and accidental killings. One of the study’s key conclusions is that “in states where elected officials have taken action to pass gun safety laws, fewer people die by gun violence” (first reported on CNN).

The study found that five foundational laws have proven to be the most effective in lowering gun violence rates: 1) background checks on all handgun purchases (closing the background-check loophole), 2) a permit to carry concealed guns in public, 3) secure storage of firearms, 4) rejection of “stand your ground” laws and 5) and extreme risk (“red flag”) laws that provide due process to temporarily remove a person’s access to firearms when there is evidence they pose a serious risk to themselves or others.

Jensen and his fellow Republicans have stood in the way of passing background checks and red-flag laws, and now are touting “stand your ground” laws, which are associated with an 8 to 11% increase in monthly homicide rates (from the Journal of American Medicine in February).

“Anarchy Avenues” would be more apt than “Safer Streets” if Jensen and his National-Rifle-Association-puppet cronies were elected. Concern about unsafe streets should be redacted from Jensen’s and Republican legislators’ campaign talking points.

Today, driving on Interstate 94, I saw the Scott Jensen/Matt Birk sign for “Safer Streets.” It reminded me of how, after reading the Star Tribune article “Catalytic converter theft goes to ‘burbs” (May 1), I had written to my state senator to express my concern. She told me that the Minnesota Senate Democrats had in fact introduced a bill to require vendors to check for vehicle identification numbers when buying catalytic converters. To my amazement, she said the Senate Republicans had blocked any consideration of the bill. I did my due diligence and googled this. Sure enough, I found a news release from state Sen. John Marty saying the same thing. My question to Jensen and Birk would be: Did you approve of Republicans not allowing hearings on this bill? To those Senate Republicans who blocked it, my question would be: Why not find compromise on a commonsense approach instead of putting Twin Citians at risk in order to get a few more votes?

A letter writer recently lamented the $10,000 student loan forgiveness program as being not enough to actually help people. Um, no kidding, dude — that’s not the point. The point was never to help people with their student loans. The point is to buy votes for the 2022 midterm elections, which is why President Joe Biden could have done this at any point after his election but waited for an election year to actually do it. I sometimes have trouble believing that others don’t see these obvious manipulations.

When faced with the daunting challenge of going into deep debt for a four-year degree in this country, why would it not be worth considering attending a tuition-free university in Germany or one of the other countries where American students can study for free or at low cost? Universities need to compete on a global scale. This would force American universities to address the high cost of education. It would render loan forgiveness a moot point since it is much more likely students could pay as they go.

After reading the article titled “Jensen calls for school vouchers” (Aug. 31), I feel compelled to respond.

I am a Republican, and this article made me angry. The use of public funds to pay for “vouchers” for private schools, religious schools and home schooling is a misuse of our state funds and a violation of separation of church and state.

My children attended a parochial school, but my husband and I both worked extra jobs in order to pay for their tuition. It was our choice.

The use of vouchers is nothing more than an attempt for the wealthy to further segregate our children and communities and make a place for the few. A voucher system would invoke picking and choosing of those who would be accepted in these schools. Furthermore, I believe this to be a means of segregation and a cover for racism at its highest level.

A voucher system would further increase the financial need in our public schools, which are already struggling.

Instead, we need to look at the real issues here — lack of teachers and aides and classrooms too large to adequately assist those in need. Perhaps we need to look at paying the teachers, paraprofessionals and substitute teachers a living wage, encourage parental involvement at home and in schools and decrease classroom size in order to improve our education system.

We need to fix our educational foundation first, not put a Band-Aid on top.

I am a white, Anglo-Saxon, Protestant male. I have had experience teaching fourth-graders as well as college, medical and graduate students. I do not understand the “controversy” over the teachers union including in their contract an exception to seniority for nonwhite teachers (“last in, first out”). I want to try to explain to those opposed to this change why I think you should not oppose it (“Controversial means to a worthy end,” editorial, Aug. 27).

We start in a child’s first year to present fundamentals in a way they can understand and learn from this approach. In early education, socialization and role models are just as important as content. Then we gradually increase the content and complexity of the curriculum teachers present. In the same way with the effort to overcome the disparity in educational achievement between whites and nonwhites, some fundamentals have to change to begin the process. The number of nonwhite teachers does not reflect the population of school-age children. We should not accept any achievement of proficiency of less than 100% in any group. I do not propose to eliminate any white teacher to meet a budget. I propose that a lot more teachers must be found and hired. But in the current battle over budgets, we have one side trying to expand the education budget and the other side trying to save money. The contract change tries to establish incremental improvement in the profile of teachers for the greater good of all students.

This is not a change that threatens the quality of education. It is a change that our society needs to embrace for the good of our children. So regardless of the battle over money, we can make progress in the proficiency of our students by exposure to more teachers who either the children identify with or whom they can learn from. The lesson for those who do not identify with nonwhite teachers is that quality education does not have a color.

Conservative challenge to new Biden gun rules filed in Texas court
Understanding the Pistol Brace Rule, While Vets File a Petition Against Biden’s Administration
Moms Demand Action Founder On Gun Laws, Stepping Away And Why Women Can Force Change
Pro-gun judge targeted by Newsom might have the Supreme Court on his side
Florida Democrats Respond to Constitutional Carry Proposal