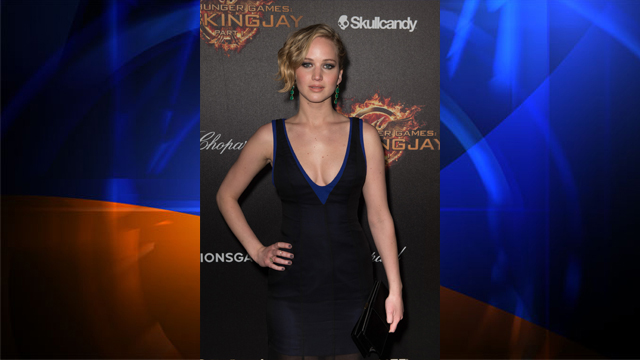 Jennifer Lawrence bared it all in a new cover story for Vogue magazine.

The Oscar-winning actress revealed she had two miscarriages prior to giving birth to her first child in February — a baby boy. She welcomed the bundle of joy with her husband of three years, art gallerist Cooke Maroney.

“I remember a million times thinking about it while I was pregnant. Thinking about the things that were happening to my body. And I had a great pregnancy. I had a very fortunate pregnancy,” she said to the magazine. “But every single second of my life was different. And it would occur to me sometimes: ‘What if I was forced to do this?’”

The actress said she got pregnant in her early 20s and intended to have an abortion. However, she miscarried “alone in Montreal,” before she could do so.

Years later, she got pregnant while filming “Don’t Look Up” and she miscarried again. Lawrence said that the second time around, she was married and very much wanted to have a baby. She then had to undergo a medical procedure to remove scar tissue from her uterus.

Lawrence’s political views surrounding the topic has her at odds with her family; her home state of Kentucky banned abortions following the ruling. She explained how she broaches heavy political topics with her Southern family.

Lawrence also weighed in on the ongoing gun control debate.

“I’m raising a little boy who is going to go to school one day,” Lawrence said. “Guns are the number one cause of death for children in the United States. And people are still voting for politicians who receive money from the NRA. It blows my mind.”

She continued by expressing more details.

“I mean, if Sandy Hook didn’t change anything … We as a nation just went, ‘Okay! We are allowing our children to lay down their lives for our right to a Second Amendment that was written over 200 years ago.”

Another topic close to Lawrence’s heart is equal pay. In 2014, the hacking of Sony Pictures computers, revealed Lawrence was paid considerably less for “American Hustle” than her male costars.

“It doesn’t matter how much I do,” she said. “I’m still not going to get paid as much as that guy, because of my vagina?”

But now Lawrence finds herself back to work.

She’s starring in “Causeway,” which is similar to her film “Winter’s Bone.” The film began shooting in 2019, but then production stopped due to the pandemic. Crews resumed shooting in 2021.

Later this month, Lawrence is heading to the Toronto International Film Festival to world premiere the drama, which opens on Nov. 4 from Apple.