‘I had a miscarriage alone’: Jennifer Lawrence details her two experiences of baby loss – revealing she suffered one in her 20s and one she ‘very much wanted’ while married

By Joanna Crawley For Mailonline

Jennifer Lawrence has revealed she has suffered two miscarriages.

Speaking to Vogue for their October 2022 issue, the Oscar-winning actress reflected on her pregnancy with her son Cy, who she welcomed in February.

She explained how throughout the pregnancy she found herself considering the changing landscape of women’s rights and admitted that the recent US Supreme Court overruling of Roe Vs Wade resurfaced painful memories for her.

Jennifer explained that she had her first miscarriage in her early 20s and had ‘one hundred percent’ intended to get an abortion before ‘I had a miscarriage alone in Montreal.’ 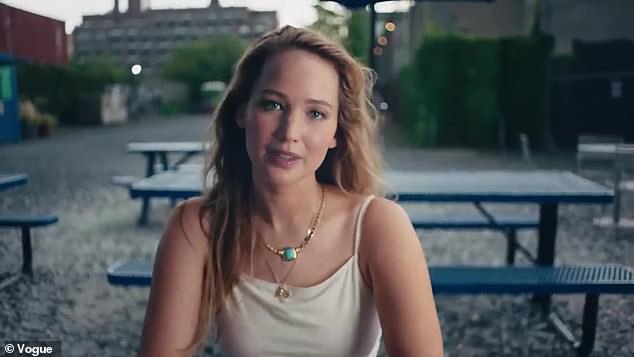 Losses: Jennifer Lawrence has revealed she has suffered two miscarriages in a candid interview about motherhood with Vogue Magazine

She had another loss a couple of years ago while shooting Don’t Look Up in late 2020/early 2021.

At this point in her life she was married and told Vogue she very much wanted to have a child but sadly she had another miscarriage, this time having a D&C, the surgical procedure by which tissue is removed from the uterus.

She said that she found it difficult to fathom young women with limited options forced into unwanted pregnancies, especially since experiencing motherhood herself this year. 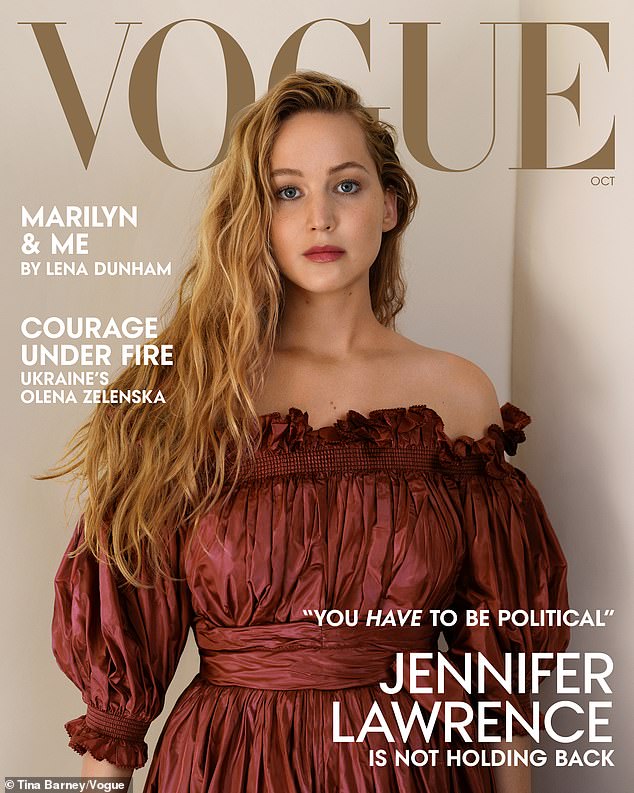 Motherhood: Speaking to Vogue for their October 2022 issue, the Oscar-winning actress reflected on her pregnancy with her son Cy, who she welcomed in February

‘I remember a million times thinking about it while I was pregnant,’ Jennifer told Vogue.

‘Thinking about the things that were happening to my body. And I had a great pregnancy. I had a very fortunate pregnancy.’

‘But every single second of my life was different. And it would occur to me sometimes: What if I was forced to do this?’ 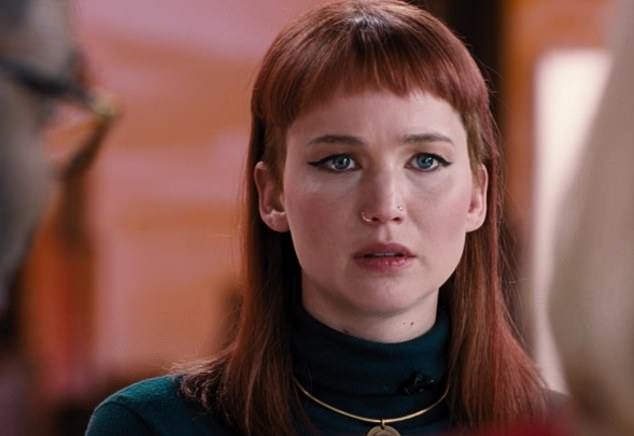 Speaking out: Jennifer explained that she had her first miscarriage in her early 20s and a second loss a couple of years ago while shooting Don’t Look Up (pictured in the film)

Jennifer was also keen to discuss with Vogue her concerns about raising a son in the US, speaking out on gun violence in schools.

‘I’m raising a little boy who is going to go to school one day. Guns are the number-one cause of death for children in the United States. And people are still voting for politicians who receive money from the NRA,’ she said.

‘It blows my mind. I mean if Sandy Hook didn’t change anything? We as a nation just went, Okay! We are allowing our children to lay down their lives for our right to a second amendment that was written over 200 years ago.’ 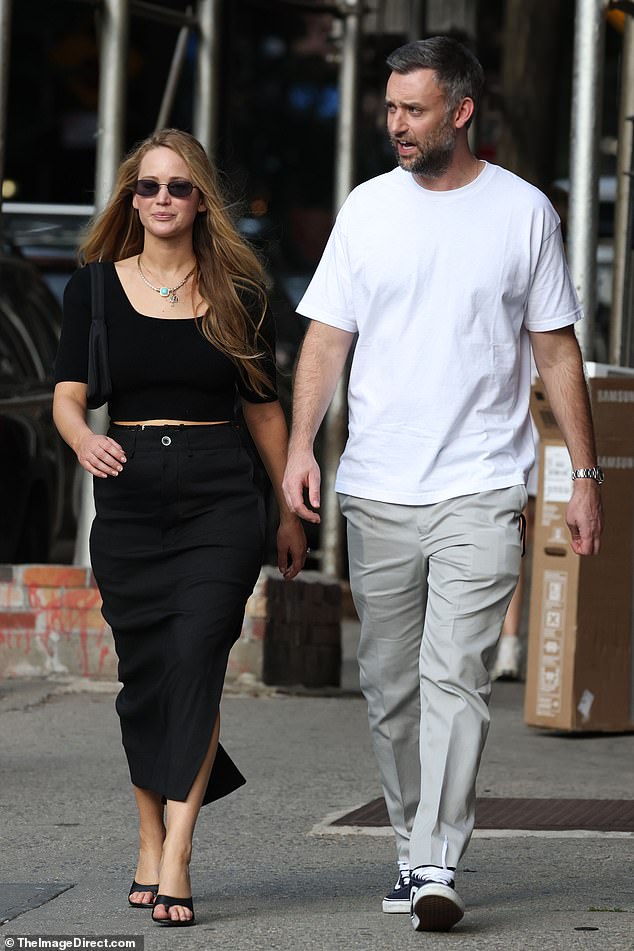 Family: Jennifer and her husband of three years Cooke Maroney welcomed their son at the start of the year (pictured in July)