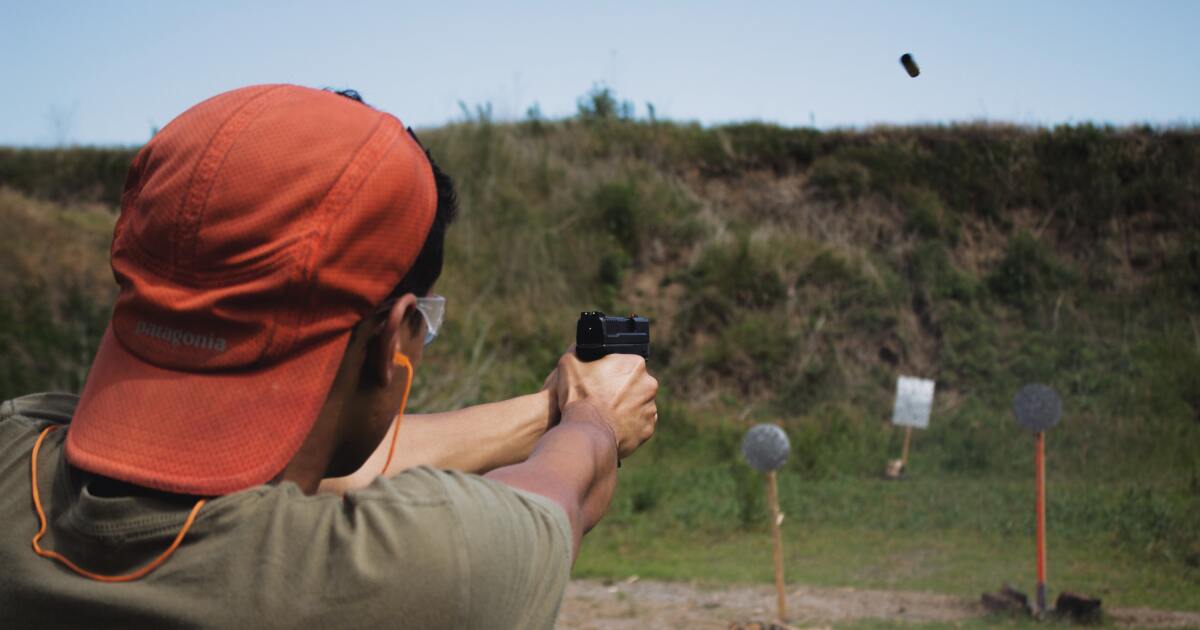 This fall, Iowans will have a chance to vote on adding gun rights protections to the Iowa Constitution after Republican lawmakers and gun rights activists worked for years to get the proposal on the ballot. It could hinder future attempts to pass gun control laws in the state.

The proposed constitutional amendment says: “The right of the people to keep and bear arms shall not be infringed. The sovereign state of Iowa affirms and recognizes this right to be a fundamental individual right. Any and all restrictions of this right shall be subject to strict scrutiny.”

Voters have the option to vote “yes” to add this language to the Iowa Constitution, or they can vote “no” to reject it.

If passed, the Iowa constitutional amendment would come into play when existing and future Iowa gun control laws are challenged in court. Courts use different tests to decide if a law should stand or be struck down. The proposed amendment says gun laws must be evaluated with the test called “strict scrutiny.”

“It is the toughest test, the most skeptical test that you can ask of a restriction,” said Todd Pettys, a law professor at the University of Iowa.

Pettys said in this case, it means any state laws that are seen as restricting gun rights would be more likely to be struck down by a court.

But Pettys said a U.S. Supreme Court decision issued in June strengthened protections for gun rights, which means a lot of laws restricting guns in public will likely get struck down based on that.

Pettys said if this U.S. Supreme Court ruling had been in place years ago, the National Rifle Association may not have pushed for constitutional amendments that tell courts to use strict scrutiny to evaluate gun laws. Three other states have passed similar amendments.

Richard Rogers, board member and lobbyist for the Iowa Firearms Coalition, said the group has been working for more than a decade to get this proposed constitutional amendment on the ballot. He said it was a response to courts across the country upholding gun restrictions, which he saw as attempts to “get around” the intent of the Second Amendment.

The proposed constitutional amendment does not match the language of the federal Second Amendment.

“We wanted to ensure that any possible restrictions on this right were dealt with appropriately by the courts, and so we sought this strict scrutiny standard,” Rogers said. “And at the time that this was drafted over a decade ago, we believed that to be the gold standard, the highest level attainable for us.”

Rogers said the strict scrutiny clause “won’t matter” after this summer’s U.S. Supreme Court decision. But he said the amendment is still important, as Iowa is one of six states that don’t have specific gun rights protections in their constitution.

“The strong protections provided in this amendment will serve as a belt to the suspenders of the Second Amendment, should current understanding of its present provisions be altered or ignored in the future,” Rogers said.

Several groups that advocate for gun control laws and for reducing violence have formed the Iowans for Responsible Gun Laws Coalition in opposition to the proposed constitutional amendment.

Connie Ryan, a co-leader of the coalition, said the group is gravely concerned about the amendment.

“We’re focused on laws that should be in place to keep the public as safe as possible and to decrease gun violence,” Ryan said. “And the constitutional amendment would put those laws, either current or future, in harm’s way.”

The Iowa Legislature has loosened the state’s gun regulations and expanded protections for gun owners since Republicans gained control in 2017. Last year, GOP lawmakers removed the requirement for Iowans to get a permit to buy or carry a handgun.

Esha Bolar, co-executive state director of March for Our Lives Iowa, said gun violence is hitting closer to home with shootings in the past year outside of East High School and at a prom after-party in Des Moines, and outside of a church near Iowa State University.

“For us youth, this issue is becoming a lot closer than something as far as Parkland or Sandy Hook was,” she said. “So now is the time for the Iowa Legislature to be doing something preventative about gun violence, when instead, we’re going the complete opposite direction.”

Bolar said the constitutional amendment could prevent gun control measures like extreme risk protection orders and expanded background checks. She also said she wants Iowans to vote “no” on the amendment to send a message to lawmakers that voters do not want to see a continued rollback of gun regulations.

Election Day is Nov. 8, and early voting begins Oct. 19. Iowans who want to vote by mail can request an absentee ballot before Oct. 24.