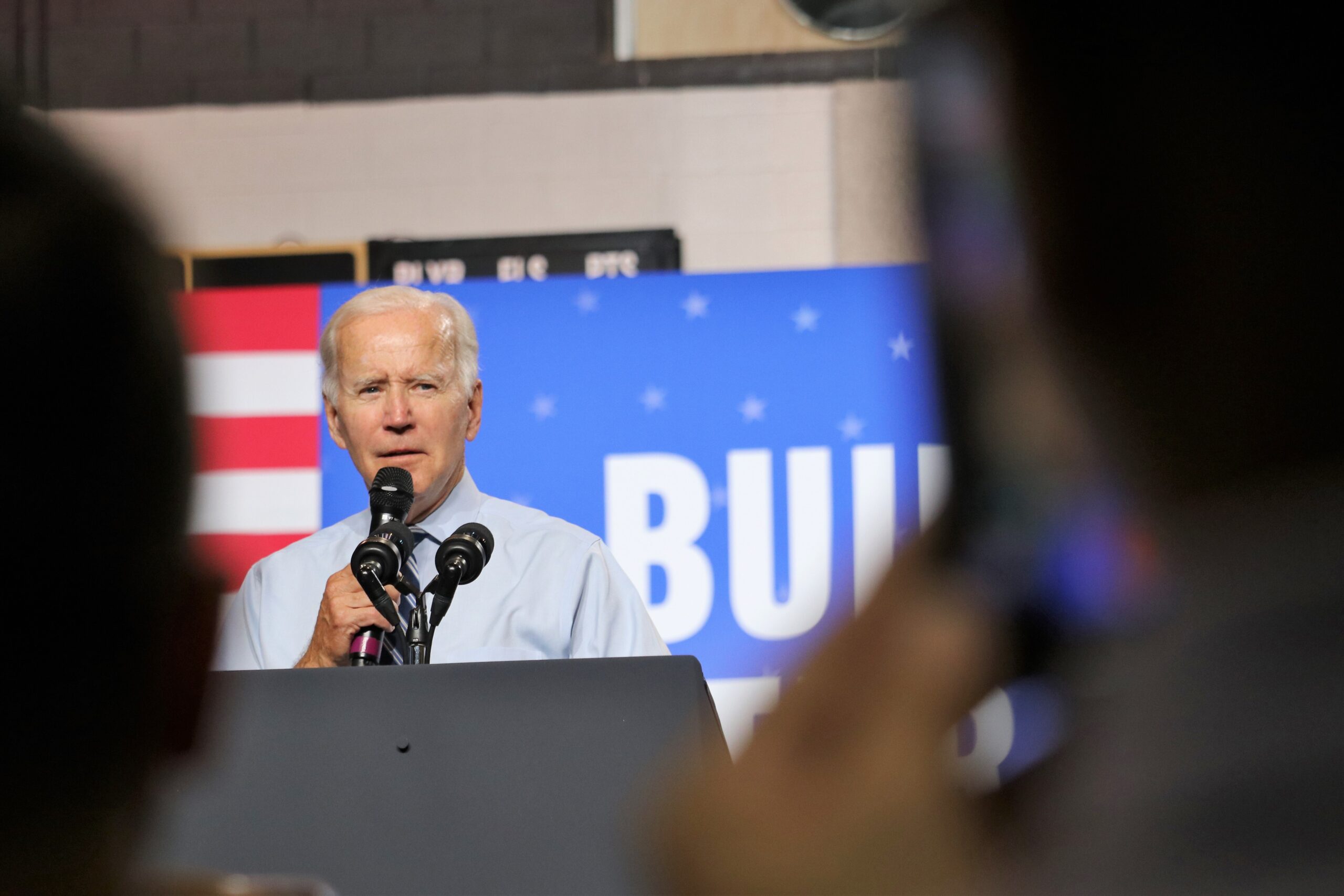 President Joe Biden in a Thursday night speech to a crowd of party faithful promoted legislation passed by the Democratic Congress and attacked supporters of former President Donald Trump for defending rioters who stormed the U.S. Capitol on Jan. 6, 2021.

“Extreme MAGA Republicans just don’t threaten our personal, economic rights. They embrace political violence,” said Biden, building on a theme he began last week in Philadelphia. “They refuse to accept the will of the people. They threaten our very democracy—that’s not hyperbole. To this day, they defend the mob that stormed the Capitol on Jan. 6.”

The remarks at a Democratic National Committee reception just outside Washington, D.C., in National Harbor, previewed messaging Democrats will campaign on for the next two months in advance of the midterm elections that will determine control of the House and Senate.

Biden laid out a two-pronged approach: selling Democrats’ accomplishments during his presidency and warning that potential Republican majorities in Congress would enact a nationwide abortion ban, gut the 2010 health care law and fundamentally imperil democracy.

With his party controlling both chambers of Congress during his first two years in office, Biden has signed laws to fund pandemic recovery efforts, shift to renewable energy sources, allow Medicare to negotiate for some prescription drugs and impose a minimum corporate tax rate—all without the support of congressional Republicans, he said.

At times confrontational in tone, Biden said the Democratic Congress’ accomplishments came despite fights with powerful opponents, including the pharmaceutical industry, the National Rifle Association and climate-change deniers.

Biden pledged to return to those policy fights in efforts to ban assault weapons and to cap the price of insulin.

But Senate Republicans successfully stripped the provision. Biden promised to continue that effort.

“I’m committed to coming back and getting it done, dammit,” he said.

And he blasted the Supreme Court decision to overturn abortion rights that had been enshrined in Roe v. Wade. The ruling, he said, opened the door for Republicans to pursue a nationwide ban on the procedure.

He also took indirect shots at senators of his own party, Kyrsten Sinema of Arizona and Joe Manchin III of West Virginia, who oppose changing the chamber’s filibuster rules to allow legislation to pass on simple majority votes. Senate rules that require a 60-vote threshold have stymied pieces of Biden’s agenda.

“Imagine if we just elected two more Democrats to the Senate and keep the House of Representatives,” he said.

But perhaps his most forceful remarks in a roughly 25-minute speech went beyond major policy differences, framing Trump and his supporters, the “extreme MAGA Republicans,” as an existential threat to American democracy.

And as he has since he began campaigning for the White House, Biden invoked “a battle for America’s soul.”

The mob of Trump supporters on Jan. 6 was intent on overturning a legitimate election, he said. Trump promised to pardon those involved and pay their legal fees, he added.

Democrats, Biden said, would “make sure that no one tries to steal an election again”.

“We have to win this off-year election, for more reasons than just being able to move our agenda forward,” he said. “You can’t be pro-insurrection and pro-democracy.”