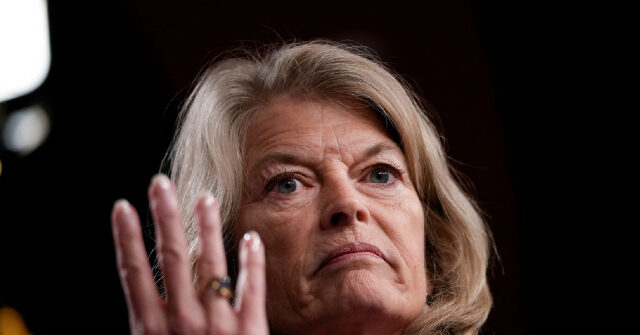 The ad takes Murkowski to task for supporting red flag laws, which can be abused to deny 2nd Amendment rights to law-abiding citizens, including men and women who serve in the military. Tshibaka’s statewide TV ad will begin running on Monday in a six-figure buy.

“This time, Joe Biden is trying to take our guns and Lisa Murkowski is helping him,” the ad reads. “Murkowski voted for red flag laws to restrict your Second Amendment rights and subject you to federal criminal investigation.”

Tshibaka, who has received an “A” rating from the National Rifle Association, said Murkowski is not honest with voters about her record on the 2nd Amendment.

“She runs ads pretending to be a friend of the 2nd Amendment, but then votes with Joe Biden and the leftists who want to take our guns away, Tshibaka said in a press release. “The right to keep and bear arms is central to our identity as Alaskans, and when I’m in the Senate, I will fight all efforts to erode that right.”

According to polls, Tshibaka is tied with Murkowski with just about 50 days before the November 8 election. The poll suggests that Murkowski’s best chances of defeating Tshibaka are Democrat voters, who could vote for Murkowski as the ranked-choice system advances. The way Alaska’s ranked-choice general election and open primary system, instituted in 2020, works is as follows:

All candidates from all parties appear on the ballot together in the August primary. The top four vote-getters regardless of party then advance to the general election, and their voters are given the opportunity to pick their top choice, as well as their second and third choices. If no candidate in the first round of voters’ first choices gets 50 percent of the vote, the last place candidate’s second choices are distributed across the remaining three candidates to see if someone can get across the majority threshold. If that fails again to produce a majority vote-getter, then a third round is conducted where the third place candidate’s votes are redistributed according to second choices between the remaining two candidates.

In the past week, two candidates, one Republican and one Democrat, have dropped out of the race and thrown support behind Tshibaka. The endorsements are notable due to the ranked choice voting system and could be key on November 8.