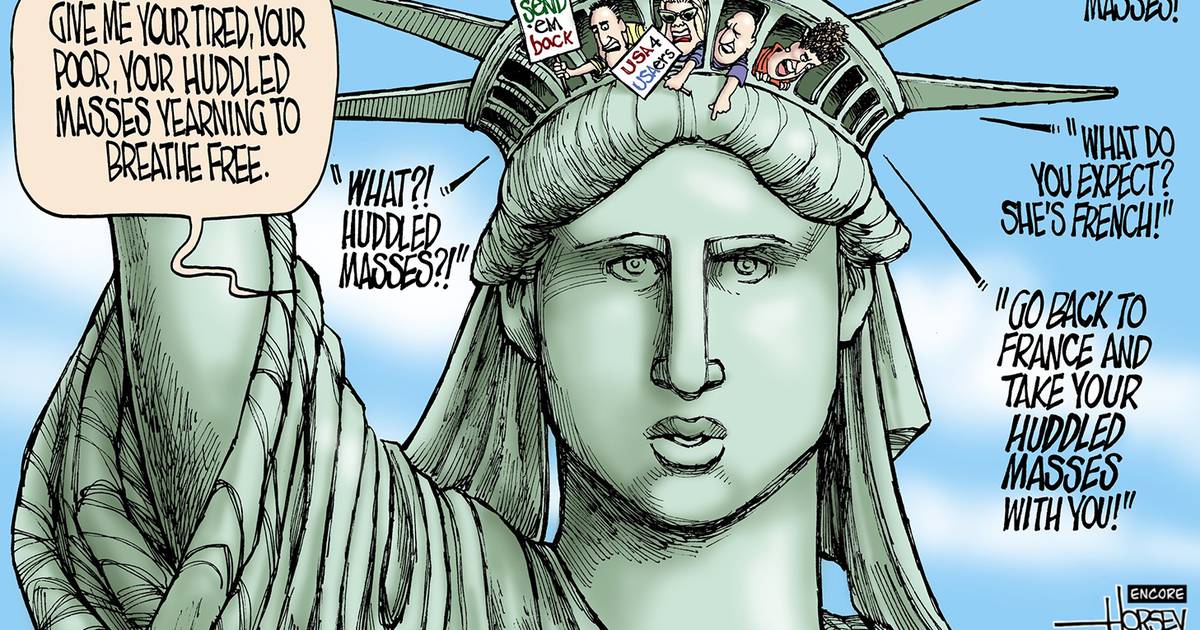 Biden to blame: I think it’s funny these mayors in sanctuary cities are crying about illegal aliens in their cities and blaming the Texas and Arizona governor’s office. If Biden would have closed the border, this would not be happening. I unfortunately live in Illinois and us down-staters will be taxed to bail out Chicago with again.

We all get to speak: The First Amendment gives us freedom of speech, not freedom to silence others when they offend you!

MAGA not extreme: So, what are the positions of the so-called “extreme” MAGA agenda? For those who are wondering, it’s secure borders, fair elections, energy independence, being tough on crime, saving babies, stop genital mutilation on children, putting parents first, school choice, protecting our Constitutional rights and putting America first, among others. What part is extreme?

Overrated 49ers: Now that da Bears have won their home opener, the time has come to address the elephant in the room: just how overrated are the San Francisco 49ers?

Too much queen coverage: I get it, already, Queen Elizabeth was the longest-serving monarch in the history of Great Britain. But she was never our leader and all the media attention caused by her passing is more than a little gratuitous.

Weather before fossil fuels: Is there a theory out there that there wasn’t a climate on this planet until fossil fuels? I am not a scientist, but I believe there were floods, fires, droughts, hurricanes, snowstorms and other major weather events before industrialization. Human ingenuity has improved life on this planet for billions. People can get out of the way with warnings, flooding can be alleviated with city planning, water systems deliver water to drought prone areas, and so on. Sometimes the easiest solutions are the best.

Here’s a way to stop crime: All the complaints about crime in Chicago from Republicans like Darren Bailey fail to mention that the weapons used are usually purchased in the Republican dominated states surrounding Illinois, where all you need is cash to purchase a military style weapon. If Republicans were really concerned about crime, they would support common-sense gun control legislation, ban assault weapons and stop accepting donations from the NRA.