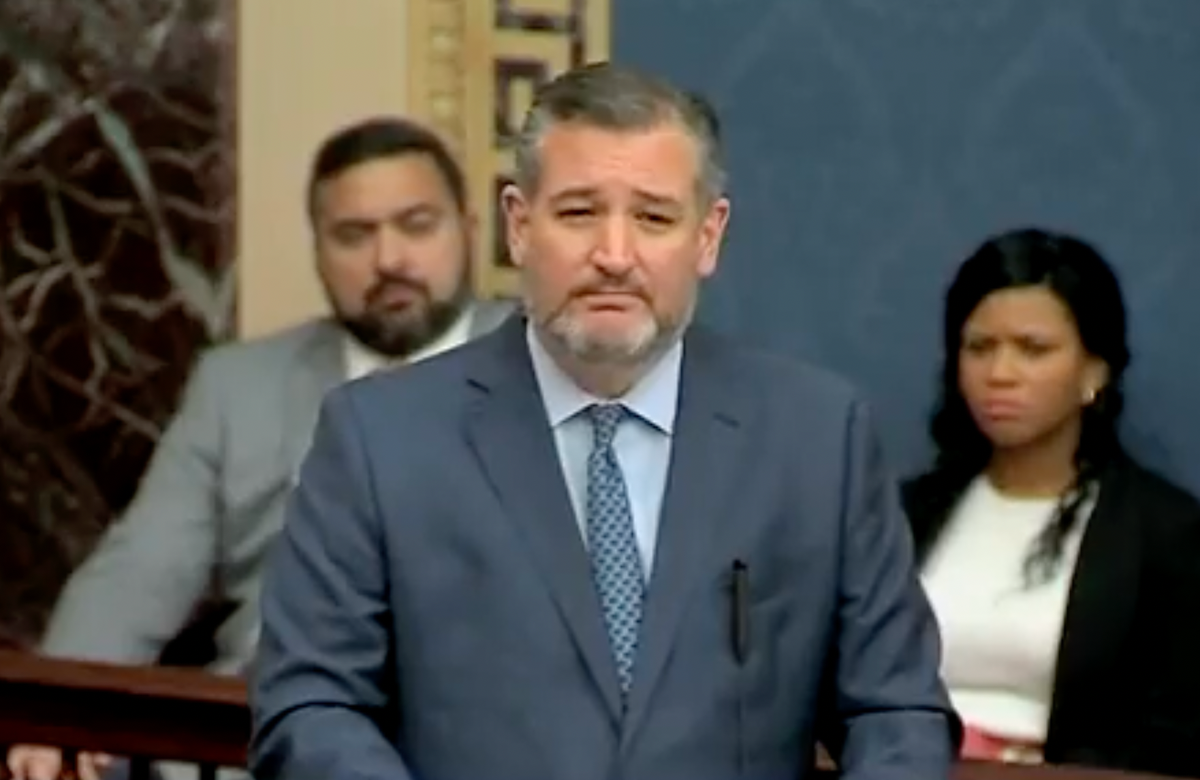 Sen Ted Cruz took to the Senate floor on Wednesday morning to decry the number of mass shootings that his state of Texas has seen in recent years — prompting exasperation from a number of observers who were quick to note that Mr Cruz has been a staunch opponent of gun control measures.

“Mr President, there have been too damn many mass shootings,” Mr Cruz said after listing a number of recent mass shootings, including incidents in Uvalde, Santa Fe, Sutherland Springs, El Paso and Dallas.

In the wake of Mr Cruz’s comments, Kimberly Mata-Rubio, the mother of a child who was killed at Robb Elementary School in Uvalde this May, shared an image of a meeting with Mr Cruz in which he refused to support a federal assault weapons ban to help stop mass shootings.

“Felix shared our last photo of Lexi – in her child-size casket – as we asked @tedcruz to protect his constituents by supporting a federal ban on assault weapons,” Ms Mata-Rubio tweeted. “He declined. Instead, he said he supports increasing law enforcement presence on school campuses.”

Mr Cruz has long been a reliable vote for the gun industry. According to data from the Brady Institute, Mr Cruz has taken more than $176,000 from the National Rifle Association (NRA) in his political career. In the 2018 election cycle alone, Mr Cruz recieved more than $300,000 from the gun lobby.

Mr Cruz has said that he is preparing to introduce a school safety bill, but it is expected to be predicated on bolstering police presence and surveillance in schools rather than limiting access to assault weapons. The US, with its relatively lax gun control laws, has more mass shootings than any other comparatively industralised nation.

Mr Cruz is believed to be considering another run for president in 2024 as he travels the country in support of Republican candidates this fall. Mr Cruz was the runner-up in the 2016 Republican primary when he clashed bitterly with eventual nominee Donald Trump, who he later came to embrace despite Mr Trump’s ugly insinuations about his family.

Some have taken Mr Cruz’s alliance of Mr Trump as a sign of his political cravenness and willingness to say anything to advance his career. That was a theme for other observers who listened to Mr Cruz on Wednesday.

Mr Cruz has long opposed minor gun control measures, even in the direct aftermath of mass shootings. That includes his vote against a bipartisan gun control bill led by Sen Chris Murphy and his Texas colleague Sen John Cornyn in the aftermath of the shooting in Uvalde, which passed the Senate by a vote of 64-34 and was signed by President Joe Biden.

Mr Cruz currently has a negative approval rating in his homestate of Texas, where just 42 percent of voters said they approve of his performance in an August poll conducted by the University of Texas and the Texas Tribune. Mr Cruz is up for re-election to the Senate in 2024.