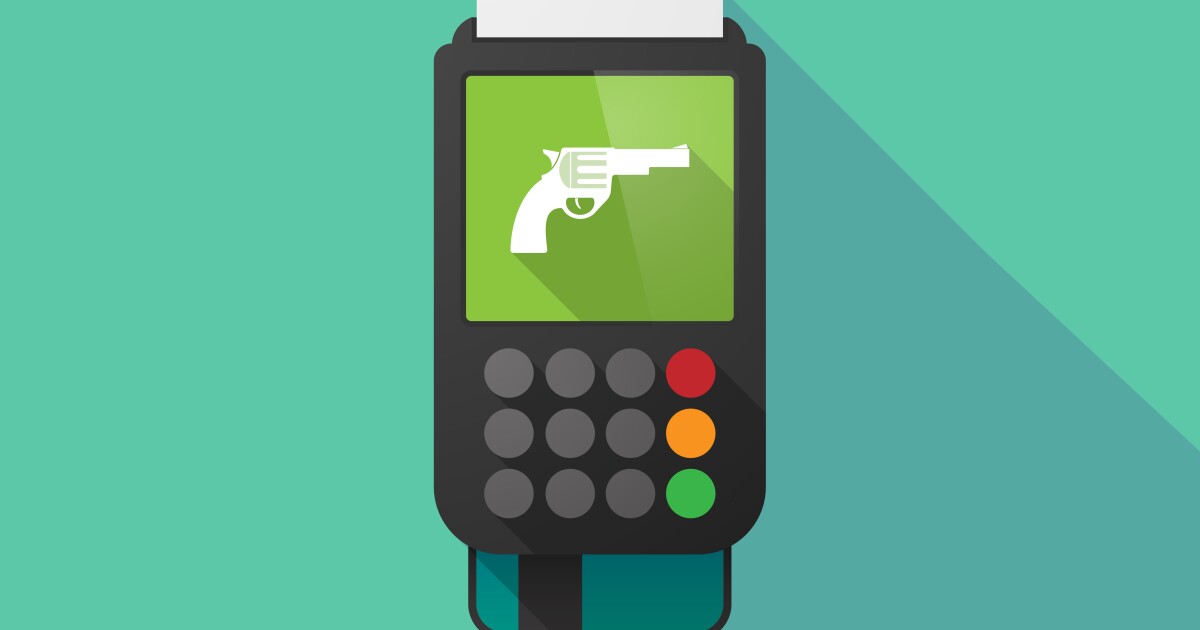 Now that the International Organization for Standardization has approved a new code to identify purchases at stores that sell guns and ammunition, many groups are speaking up about threats to privacy and second-amendment rights.

The NRA expressed concern that anti-gun groups would use the gun store MCC to “create liability for any banks or payment processors who do business with the firearm industry.”

“MCCs do not give Visa or any other network visibility into product-level data,” Visa said. The company doesn’t believe private companies should serve as moral arbiters, it said.

“Asking private companies to decide what legal products or services can or cannot be bought and from what store sets a dangerous precedent,” Visa said, adding that it would be an invasion of consumers’ privacy for banks and payment networks to know customers’ personal purchasing habits.

Visa joined Mastercard and American Express in saying it plans to follow industry protocols in adopting any MCCs.

“Federal law bars the creation of a registry for any kind of purchase, but it would also be impossible to do so using MCCs,” said Hudson Munoz, vice president of public relations at New York-based Amalgamated Bank, which bills itself a socially responsible bank.

An MCC merely identifies the merchandise category of a transaction, not what kind of product was sold, he said.

Munoz added that financial institutions also don’t keep or maintain records of categories of the vast numbers of customer transactions.

As early as next week, ISO is expected to upload the new four-digit merchant category code to ISO 18245, a database of codes classifying merchants into specific categories based on the type of business or services supplied, according to Munoz.

The MCC applies to gun stores, but the infrastructure exists for the new code to also be adopted by mixed-merchant retailers like Walmart, Cabela’s, Bass Pro Shop and Dick’s Sporting Goods, which sell guns in some markets, according to Munoz.

Walmart sells guns at about half of its 4,700 U.S. stores and Dick’s Sporting Goods gradually stopped selling guns at hundreds of its stores beginning in 2018 (today, fewer than 13% of the chain’s 850 stores sell guns). The retailers did not respond to inquiries about whether they may adopt the new MCC.

Exactly how much gun violence could be prevented by the use of a gun store MCC isn’t clear.

“Adding the MCC for gun stores could help financial institutions in their obligations to report suspicious transaction patterns, like straw purchases where someone is purchasing guns for others, or stockpiling weapons, which has been a precursor to mass shootings,” Munoz said.

Under the Bank Secrecy Act, banks have been required since 2013 to file a suspicious activity report to the Financial Crimes Enforcement Network within 30 days of detecting incidents signaling criminal activity including money laundering and tax evasion. SARs could include unusual patterns of firearms purchases.

Most banks use software or other proprietary tools to flag known patterns of suspicious activity, using tools created by vendors using rules-based detection scenarios that flag unusual transactions on the basis of their timing, amount, location and geography or the number of purchases.

The vast majority of gun purchases would not trigger an incident, but the purchase of multiple guns at an unusual time or location might trigger a SAR, Munoz said.

“The MCC is a new tool that provides additional clarity about the merchant, which would enable financial institutions to file SARS that would be more accurate,” said Munoz.

One reason a gun store MCC may have a muted effect on gun violence is that criminals and gun traffickers already steer clear of traditional gun-selling channels, observers said.

A gun store owner in Scottsdale, Arizona, who declined to be quoted, said more than half of customers buy guns with credit cards, but during economic downturns more people turn to cash for gun purchases.

Customers worried about being flagged for gun purchases would likely simply pay in cash, he said.

Another option is cryptocurrency; merchants such as Central Texas Gunworks accept Bitcoin and other digital currencies. It even has a step-by-step guide on its website that walks users through the cumbersome process, which includes sending a screenshot of the user’s online shopping cart to a customer service email address.

The alarm the gun-store MCC raised in some sectors was not a surprise, Grover said, pointing to escalating “politicization” of payments.

After the 2018 school shooting in Parkland, Florida, First National Bank of Omaha ended a card-issuing relationship with the NRA and Bank of America began a process of limiting its client relationships with assault-weapon manufacturers.

Adding an MCC for gun stores is one step in a complex approach to helping to end gun violence, according to Munoz.

“There are many ways to evade the system and buy guns, but guns on the street had to come from somewhere, and usually it’s a federal firearm licensee,” Munoz said. “The MCC will make it easier to spot suspicious gun sales at stores where a majority of merchandise sold is guns and ammunition.”