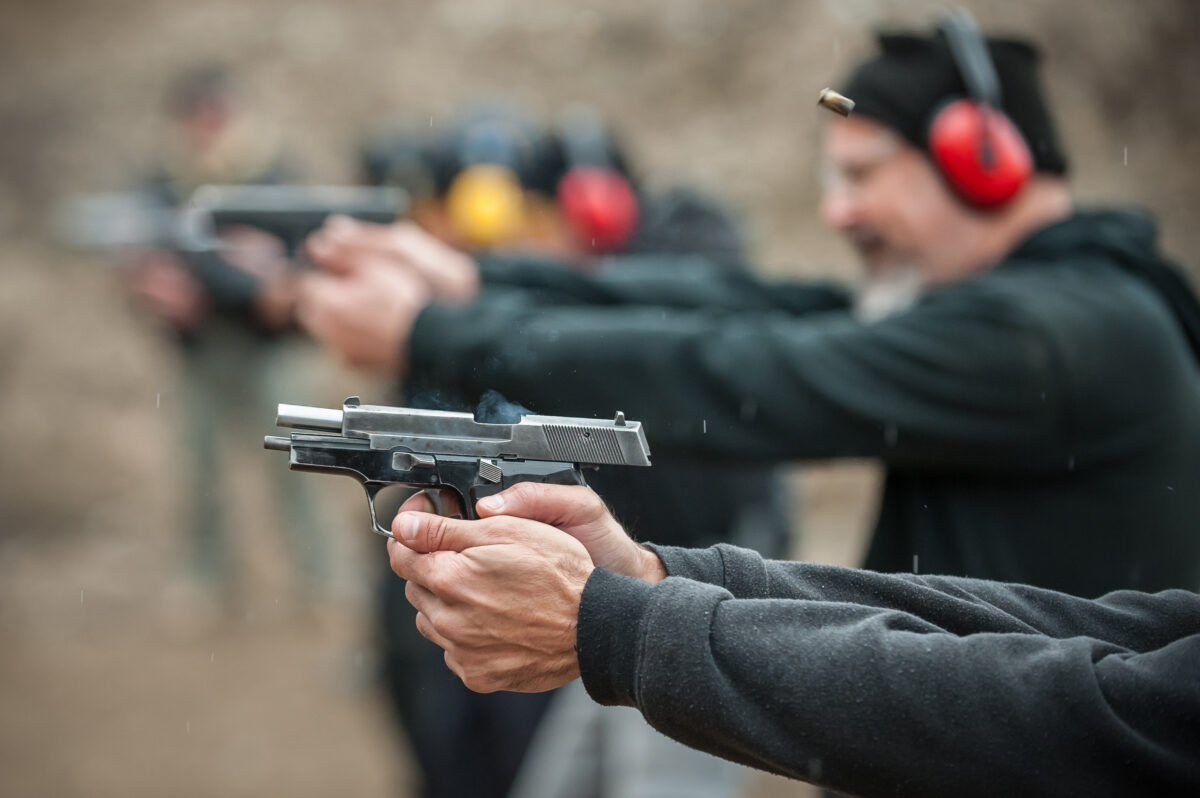 Americans now own more than 415 million firearms, according to Georgetown professor William English.

This was a key finding of the National Firearms Survey that was conducted last year by Denver-based research firm Centiment at the request of English, a professor at the McDonough School of Business at Georgetown University. English is a political economist interested in ethics, education, and public policy. The survey, which is part of a larger book project, is reportedly the largest ever undertaken regarding U.S. gun owners.

The survey was administered to about 54,000 U.S. residents aged 18 and older, focusing on 16,708 gun owners who were provided with in-depth questions about their ownership and use of firearms, including defensive uses.

The purpose of the survey was to “shed some light from a social-scientific view on the reality of how guns are used and owned in America today,” English said during a Sept. 11 podcast produced by The Reload, a publication focused on the policies and politics surrounding firearms.

“And the attempt was to make it the largest survey of gun owners yet done, particularly so that we can get statistically informative information in all 50 states. Probably the last survey of this scope was done back in 1994 … but it’s now more than a quarter century old,” he said.

English teased the findings of the survey in a May 18 summary on an academic website called Social Science Research Network but updated the summary on Sept. 13 to add the 415 million figure for gun ownership.

Because the U.S. Census Bureau now estimates the U.S. population to be 333 million people, the 415 million figure means that there are now about 1.25 firearms for every person living in the United States.

Of those 415 million firearms, Americans own about 171 million handguns, 146 million rifles, and 98 million shotguns, according to the update. About 39 million individuals, or 48 percent of gun owners, have owned magazines capable of holding more than 10 rounds. Some jurisdictions regulate magazine capacity.

The newly released information helps to put facts that English previously released from the study into a broader context.

The study found that the United States has an overall rate of adult firearm ownership of 31.9 percent, which suggests that more than 81.4 million Americans aged 18 years and older own firearms. The average gun owner owns about five firearms, and handguns are the most common type of firearm owned, the summary states.

Nearly a third of gun owners, or 31.1 percent, reported in the survey that they have used a gun to defend themselves or their property, often more than once. The report summary estimated that firearms are used defensively by their owners in about 1.67 million incidents each year.

The report comes after a landmark Supreme Court ruling on June 23 finding for the first time that there’s a constitutional right to carry firearms in public for self-defense. The court also found that gun regulations must be deeply rooted in U.S. history if they’re to survive constitutional scrutiny, prompting a raft of new lawsuits across the country challenging gun control measures. Applications for gun permits in states that require them have been rising following the court decision.

The research paper also comes as major credit card companies, at the behest of gun control activists, are implementing what critics characterize as backdoor gun control. The International Organization for Standardization recently announced that one of its subcommittees had decided to create a new merchant category code for firearms, which were previously under the general merchandise category.

The National Rifle Association denounced the change, stating that creating “a firearm-specific code is nothing more than a capitulation to anti-gun politicians and activists bent on eroding the rights of law-abiding Americans, one transaction at a time,” a spokesperson for the organization said.

Critics say the policy change will make it easier for governments both to track and discourage firearms purchases and could lay the groundwork for a national gun registry.

Matthew Vadum is an award-winning investigative journalist and a recognized expert in left-wing activism.