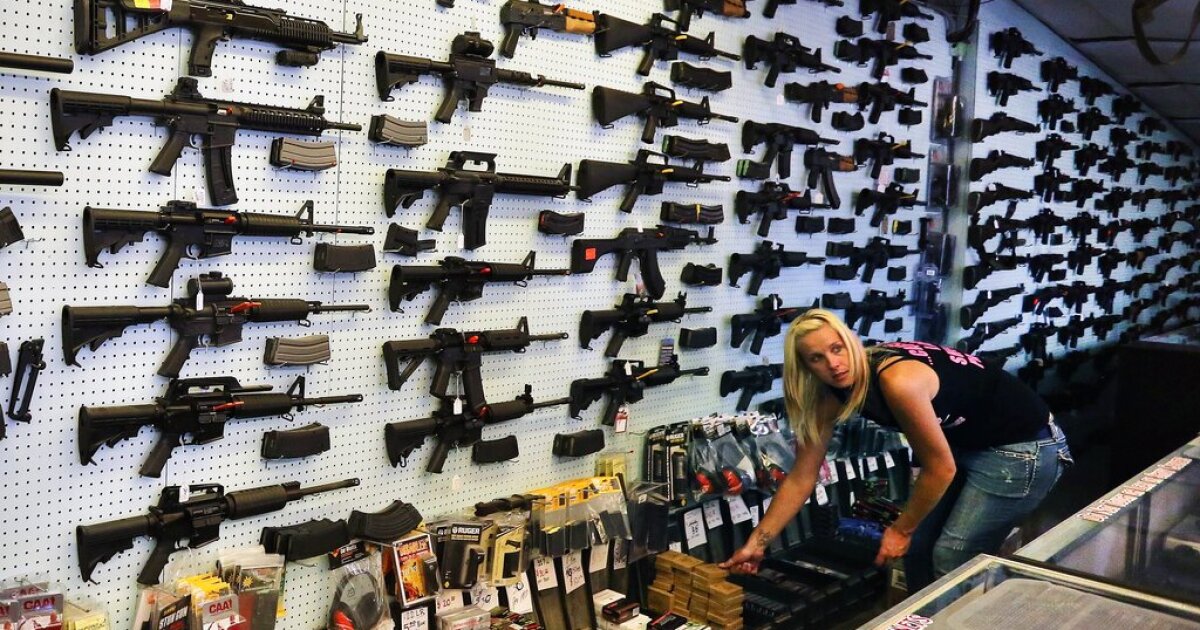 In the national debate over banning AR-15-style rifles, there has been a noted lack of information other than anecdotal and heavily biased reports.

On the gun ban side, led by President Joe Biden, the rifle is an “assault weapon” used to kill people. On the gun fan side, led by the National Rifle Association, it’s a tool for hunting and plinking just like every other rifle.

But the truth is, there has been little scholarly study of it and other firearms since 1994, the year the so-called “assault weapon” ban was put into place by President Bill Clinton, which lapsed 10 years later.

Enter political economist and assistant professor William English of Georgetown University’s McDonough School of Business. Long interested in issues surrounding guns, he just headed a massive survey of nearly 17,000 firearms users to come up with the most detailed portrait of today’s owners, users, and their firearms.

The bottom line from his “National Firearms Survey” is that gun-owning is common, the AR-15 really is the most popular firearm in America, and its club of owners is incredibly diverse.

When he initially proposed a book on guns in America, English found that there was little factual information out there.

“It kind of dawned on me that, yeah, there’s a real opportunity here just as a scholar to contribute to this literature, where I think there’s some gaps and some important questions. It’s certainly not my main focus, but I kind of got sucked into it,” English said.

The survey he headed reached out to over 54,000 and was narrowed down to 16,708 gun owners who coughed up a wealth of information about what they own and what they do with their guns.

For example, English confirmed that 81.4 million own guns, a third of them have used a weapon to defend themselves or their property in 1.6 million incidents per year, and 52% of those who own a gun carry one for self-defense at times.

He found that some 24 million have owned a total of 44 million AR-style rifles and 39 million own extended magazines that hold 10 rounds or more, potentially influential in the political debate over Biden’s call for an AR ban. His survey estimated that there are 542 million extended magazines in the United States, ending any debate that the AR and other semi-automatic firearms are rare and just used by mass killers.

What’s more, English said that ownership of AR-15s is spread out fairly evenly, with a third of white people having one, as well as about a third of black people, Hispanic people, and Asian people.

“These are just incredibly popular firearms,” he said, adding that “they are commonly owned, commonly used.”

Once a pricey weapon, English said there is an interesting sociological, manufacturing, and economic story to be told about the AR-15 and how it started to become popular around 2010, especially with troops returning from the Gulf wars.

“At the end of the day, it is a rifle that I think is very easy to shoot, it’s very easy to control, not a lot of recoil. I could see it also kind of being like an updated .22 for, in terms of plinking, a firearm you can kind of do a little bit of everything with: lightweight, intuitive, but high-performance, accurate, and easy for defense. It certainly has advantages there. So it’s a good gun, and to see it become widely owned, I suppose, makes sense in that context,” said English.