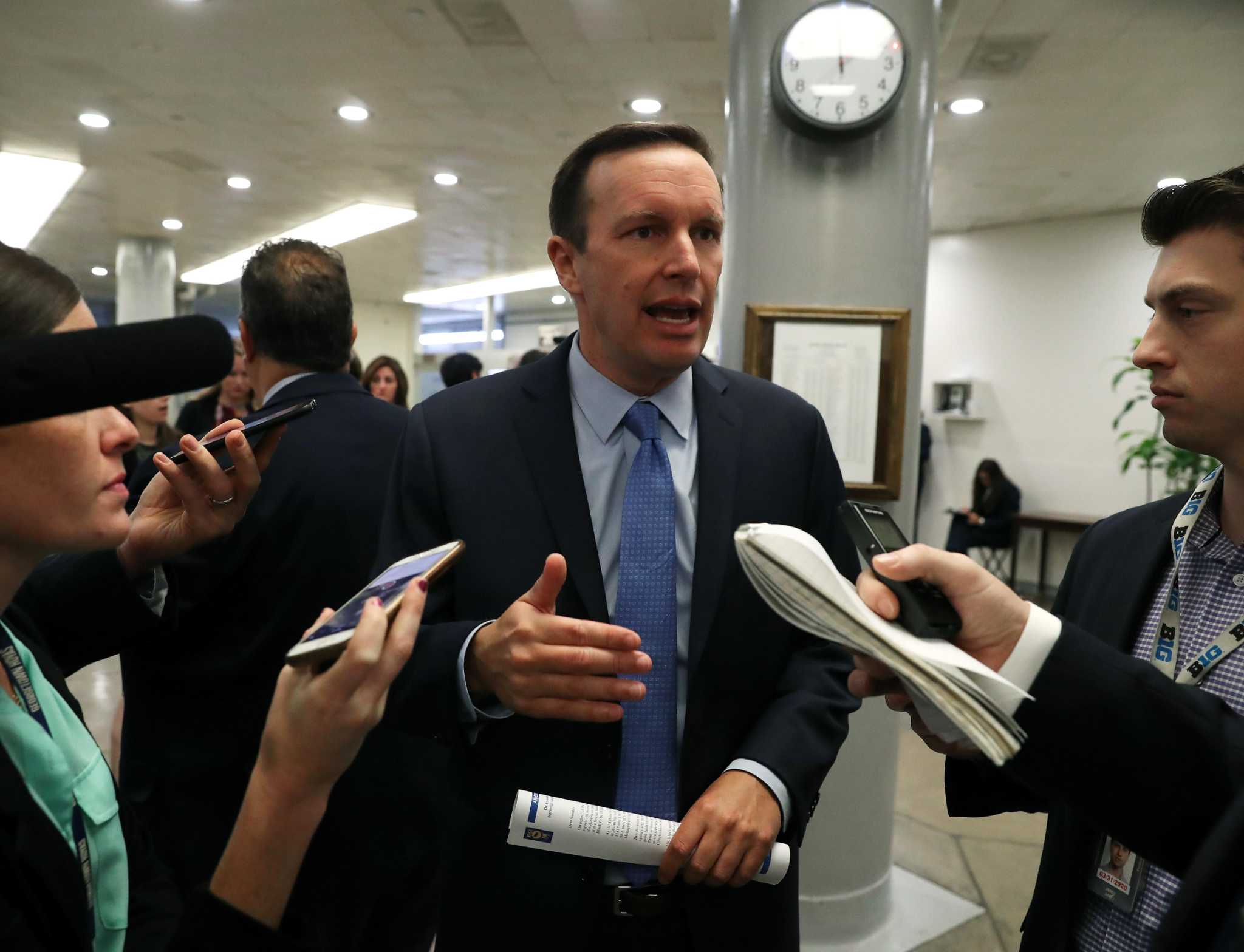 Passing additional gun safety legislation depends on Democrats not just maintaining but growing their ranks in Congress, and Sen. Chris Murphy, D-Conn., is hoping his party can “defy the odds” in the November midterm elections and build on their majorities.

Murphy is expected to announce Friday that he is bringing back the 24-hour online fundraising blitz that he first coordinated with gun control groups back in 2018. He will launch the effort on Oct. 7 with the goal of raising $1 million for seven Democratic candidates in competitive races across the country as well as one gun-related ballot measure.

The name of the fundraiser — NR8 — is based on the number of campaigns he is targeting to challenge those backed by the National Rifle Association. In 2018, the effort came close to generating $1 million in donations.

Murphy said he anticipates raising less this year because there is usually “a little less enthusiasm from the donor base when in power,” but he hopes there’s more motivation after the recent passage of a bipartisan gun safety bill. In midterm years, the party that controls the White House typically loses seats.

“It’s important that we protect the majority,” Murphy said in an interview. “The odds are stacked against us in a midterm election, but if we defy the odds and hold the majority and pick up a few governorships, I think the issue of gun violence will be seen as one of the motivating forces.”

Murphy and California Gov. Gavin Newsom are organizing the online fundraising push, which will happen across social media platforms and email. He is coordinating with many of the same gun safety groups that got involved four years ago: the Brady Campaign to Prevent Gun Violence, Everytown for Gun Safety and Giffords. Former Secretary of State Hillary Clinton will also participate again in the fundraiser.

Beyond Congress, the fundraiser will raise money for gubernatorial candidate Josh Shapiro of Pennsylvania. And aside from candidates, they will be raising money for a ballot initiative in Oregon that would require permits for all gun purchases that prompt completion of a background check and safety training class. It also prohibits sales of magazines with more than 10 rounds.

Since the inaugural NR8 fundraiser in 2018, the political landscape has dramatically shifted for Democrats. Four years ago, Republicans controlled both chambers of Congress and the White House. Now, Democrats control all three and are on defense to protect those majorities on Nov. 8. And after decades of inaction, Congress passed the first big gun safety bill in the summer that garnered bipartisan support for more incremental changes.

While they control both chambers of Congress, Democrats hold extremely narrow margins, especially in the Senate, where legislation frequently gets stalled amid threats of Republican filibusters. In a divided 50-50 Senate, most bills need at least 10 GOP senators supporting it to clear the 60-vote threshold to move them toward final passage.

Because of that reality, some of the larger elements were left out of the bipartisan gun safety bill, including restoring the assault weapons ban and implementing universal background checks on firearms purchases. Democrats want to renew the federal assault weapons ban that expired 18 years ago. Murphy acknowledged at a recent rally alongside gun violence survivors calling for a ban that the gun safety movement will likely “lose a couple of times before we win.”

If they want to pass more expansive legislation on the issue, Senate Democrats need at least a few more seats. Murphy believes if Democrats pick up a couple more and expand their majority to 52 to 54 senators, they have a better chance of advancing more gun measures, like raising the age to 21 for buying an assault weapon.

“Our vote count was very close to 60 on that, but it wasn’t 60,” Murphy said about a provision to increase the minimum age that ultimately didn’t make it into the bipartisan bill. “If you pick up a couple extra seats, maybe you don’t have 60 votes for an assault weapons ban automatically, but you might have 60 votes to raise the age to 21.”

Murphy’s work with candidates around the country continues to give him more visibility on the national stage. He campaigned last month with Democrat John Fetterman, who’s running in a competitive race for Pennsylvania’s Senate seat that could help decide which party controls the upper chamber. And now he is using his profile on the issue of guns to fundraise for others in tough races.

With questions over whether President Joe Biden will run again in 2024, speculation is growing about who might run for higher office as the Democratic Party rebuilds its bench with younger and more diverse candidates.

Murphy, who is up for reelection in the Senate in 2024, has been asked if he is interested in eventually running for president. In a July interview with the Christian Science Monitor, he said, “At some point in my life that might interest me,” noting that he has young children, but also adding “never say never” when asked about a future run.

But when asked Thursday about his future national ambitions, Murphy insisted that his attention is on his work in the Senate and continuing his work on gun safety.

“I have seen this year what a difference I can make in this job,” Murphy said in an interview with CT Mirror. “It feels like my efforts can be best exerted in the Senate.”

Asked if he’s not ruling out a run for president in the future, he said, “Right now, my focus is on the Senate and growing this movement.”