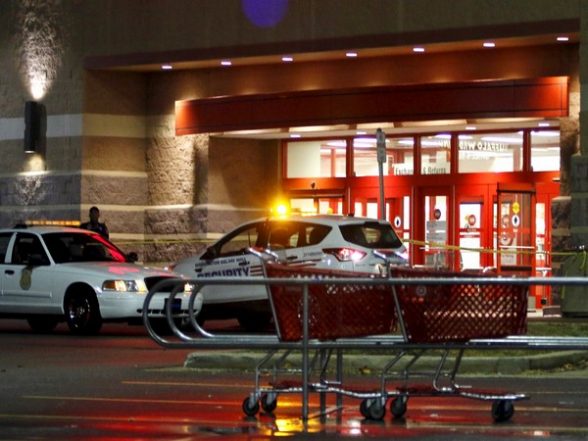 “The District has made the decision to suspend all activities of the Uvalde CISD Police Department for a period of time. Officers currently employed will fill other roles in the district,” the district said in a statement, reported CNN.

Also Read | Explainer: What Will Change if Federal Marijuana Ban is Loosened? – Latest Tweet by Reuters.

“The District has requested the Texas Department of Public Safety to provide additional troopers for campus and extra-curricular activities,” the district said.

“We are confident that staff and student safety will not be compromised during this transition,” it added, CNN reported.

The shooting incident that took place in the city of Uvalde has led to a nationwide outcry over gun laws in the United States. Several sports personalities, actors, writers, and celebrities have spoken about the incident.

Over half of Americans supported making gun violence laws more strict, The Hill reported citing a poll conducted between the mass shootings that took place this month in New York and Texas.

According to the American publication, 54 per cent of those surveyed in a CBS News-YouGov poll out Wednesday said they would like to see stricter laws regulating the sale of guns.

Launching an attack against Democrats for not backing measures to increase security in schools, former US President Donald Trump on Friday appeared to be defending prominent gun-rights lobbying group National Rifle Association (NRA) amid growing calls for gun reforms.

Protestors had gathered in Washington DC as well in cities across the country to demonstrate against gun violence, reported local media.

In response to the mass shooting in Uvalde at Robb Elementary School, a bipartisan group of 20 senators led by Sens Chris Murphy (Democrat – Connecticut) and John Cornyn (Republican -Texas) in June (local time) announced they have agreed to “a common-sense proposal” to curb gun violence.

US President Joe Biden applauded the deal, which he said “would be the most significant gun safety legislation to pass Congress in decades,” and pledged to sign it.

With increasing incidents of gun violence in the United States, President Joe Biden had said that the US needs to ban assault weapons for the sake of protecting children and families or raise the age to purchase them from 18 to 21. (ANI)

(This is an unedited and auto-generated story from Syndicated News feed, LatestLY Staff may not have modified or edited the content body)

ILA | Did Biden Call Most American Gun Owners Sick?
NRA Backs Third Legal Challenge to Oregon’s Gun Control Measure
ILA | CA DOJ Gun Owner Data Leak Due to “Deficiencies in Policies, Procedures, and Inadequate Oversight” Study Finds
Opinion | We can’t cure mental illness, but we can get guns off the streets
Why Biden’s repeated call for an assault weapons ban could be a political winner