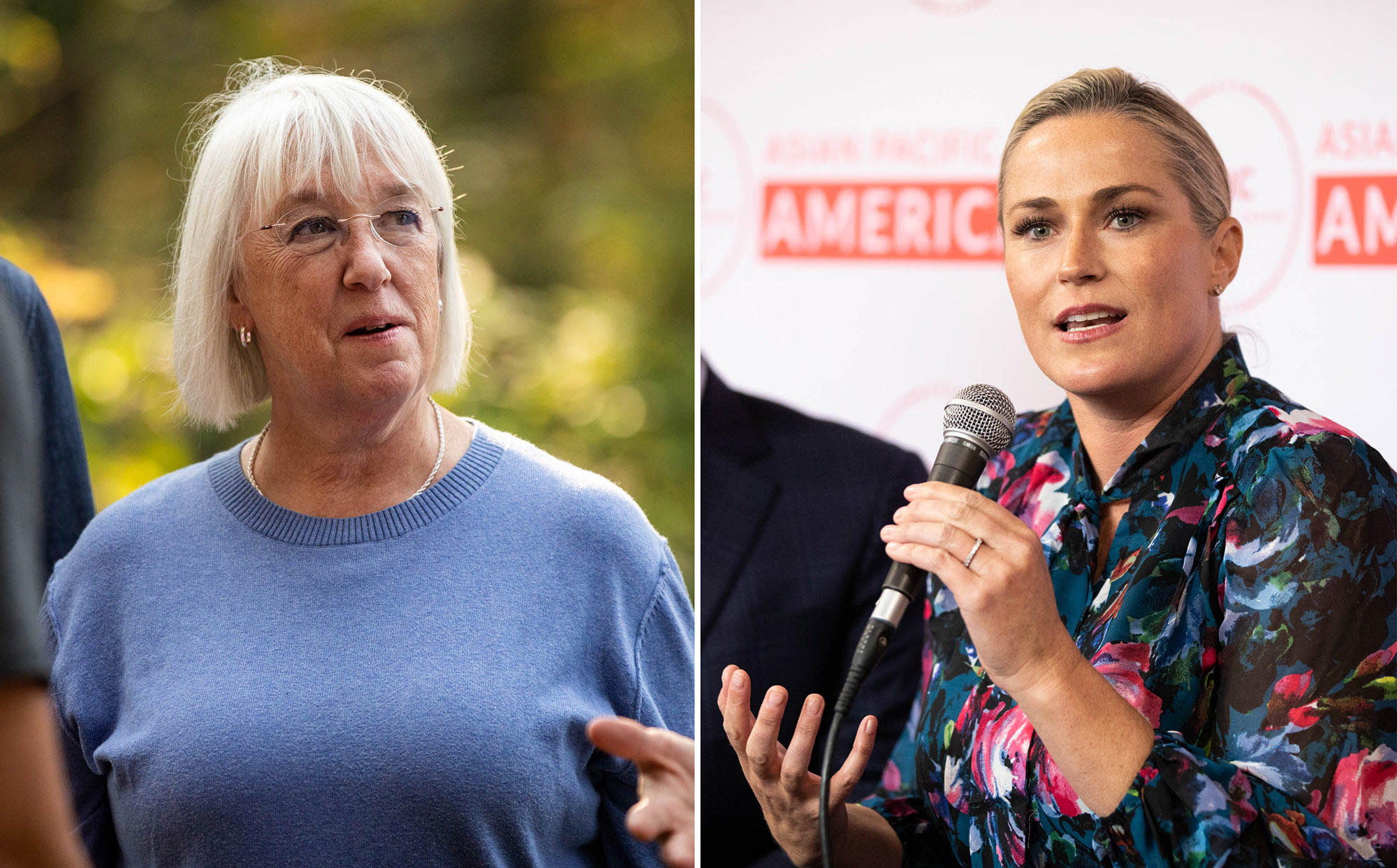 Murray, a five-term incumbent and member of the Democratic leadership, faces perhaps her fiercest election challenge since first winning election to the Senate in 1992. The contest between her and Smiley has drawn staggering amounts of campaign cash to Washington and even some nationwide attention, as Democrats try to hold their narrow advantage in the evenly divided Senate.

This election cycle, Murray’s campaign has spent $21 million, according to the U.S. Federal Election Commission. That is twice what she spent in her 2016 reelection bid. Smiley’s campaign – which has received enthusiasm and support from Republicans nationwide – has spent $15 million. That’s nearly 10 times the amount spent by Murray’s 2016 GOP challenger.

The combined $36 million makes this the most expensive U.S. Senate race in Washington in 42 years – meaning it’s safe to say it’s the most expensive race ever. That doesn’t even count the spending by outside political groups seeking to sway the vote with a barrage of TV advertising.

With less than a week left to make their closing arguments, Smiley, a veterans’ advocate and first-time candidate, has been barnstorming the state in a bus adorned with a giant message: “There’s a new mom in town!” She is campaigning hard against President Joe Biden’s agenda and Murray’s votes for the Inflation Reduction Act and other measures.

Murray and other Democrats have meanwhile fanned out across the state, giving rally speeches and launching groups of door-bellers to persuade and turn out potential voters. And in an interview, Murray has no qualms about defending her record, including the Inflation Reduction Act, which among other things lowers prescription drug costs and is the biggest step ever by Congress to tackle climate change.

“Why is she trying to redefine me?” Murray said when asked about the tennis-shoe moment at the forum. “This is who I am and who I always have been. I’m still the same person who was elected in 1992 to fight for our state and our values.”

Recent polls have shown the race between Murray and Smiley growing tighter. Many of those recent polls have come from right-leaning pollsters, according to Stuart Elway, who conducts the Crosscut/Elway poll. Their addition has allowed, for example, the political website Real Clear Politics to move the race into its tossup category.

“The Republicans are flooding the zone here with their polls, and they may be creating this impression of this Republican wave breaking again that might not be there,” Elway said in an interview.

But even independent surveys are showing a closer-than-expected race. A poll by The Seattle Times and others released on Oct. 21 revealed a tightening race, with Murray holding an 8-point edge over Smiley, 49% to 41% with 10% undecided.

Murray’s lead likewise narrowed between two Crosscut/Elway polls conducted in July and mid-September. That autumn poll gave Murray a 13 percentage-point edge; it had been 20 percentage points over the summer.

The nonpartisan Cook Political Report rates the race as “Likely Democrat.” But the tightening margins reflect a difficult political environment for Democrats combined with a better-than-average candidate to challenge Murray, said Jessica Taylor, senate and governors editor for the publication.

Taylor also noted the generational difference, with Smiley now roughly the same age as Murray was when she won her first campaign in 1992.

“I do think Smiley has had a case to make with how long Murray has been there,” said Taylor.

In an email, Elway credited a trio of other circumstances making the race more competitive.

First, the deepening ideological divide between the political parties makes the consequences of elections more pronounced than they may have once been on social and economic issues, he wrote. Second, “The balance of power is so close that any one race could mean the difference for majority control.”

That’s especially true in the U.S. Senate, where the 50-50 tie is currently broken by Democratic Vice President Kamala Harris.

Elway said the Murray/Smiley race at this point will likely come down to which party does better at turning out their voters.

“And, ‘If there’s a red wave, does it carry down to the congressional races and down to the legislative races?” he asked. “We won’t know until the votes are counted.”

Smiley began her working life as a nurse, but quickly left that career to advocate for the recovery of her husband after he returned from serving in Iraq both injured and blinded. She has sought to blame rising prices for gas and groceries and some increases in crime on Democratic policies.

In an interview Wednesday, Smiley vowed to make reducing government spending her highest immediate priority if elected. She also called for making permanent the 2017 tax cuts passed by a Republican Congress and signed by then-President Donald Trump.

“If I don’t win, unfortunately, Washington state is just headed down a path with further inflation and increased gas prices,” she said.

Smiley also said she hoped to have more debates with Murray; aside from the recent forum, the two faced off late last month in their only formal debate.

First elected to the Senate in 1992 after a stint in the state Legislature, Murray currently chairs the Senate Health, Education, Labor, and Pensions Committee and is a senior member of the Appropriations Committee. Long a presence in senior Democratic politics, Murray in 2013 brokered a national budget deal with then-Rep. Paul Ryan, a Republican from Wisconsin. And in 2015 she was at the table with Republicans hammering out a deal to evolve the federal education policy known as the “No Child Left Behind” law.

She has vowed to protect abortion rights in the wake of the U.S. Supreme Court’s rollback of federal protections and to pass legislation to make child care less expensive. And Murray would seek to address crime in part by writing stricter gun laws – including restoring the federal ban on so-called assault weapons.

In her interview, Murray also touted her effort to secure federal funding to research and better understand gun violence. Such federal government research had been hampered for decades and fiercely opposed by the National Rifle Association.

Murray this week released two new advertisements – one of which casts Smiley as a puppet of Senate Minority Leader Mitch McConnell, R-Kentucky, to advance the conservative agenda. In her interview, Murray claimed Smiley would be “a rubber stamp for Mitch McConnell.”

To beat Murray, Smiley would have to pull Democratic voters from the incumbent, which Elway said is not an easy task in Washington state.

“It would be an earthquake if [Smiley] actually wins this,” Elway said. But, “There have been earthquakes before.”