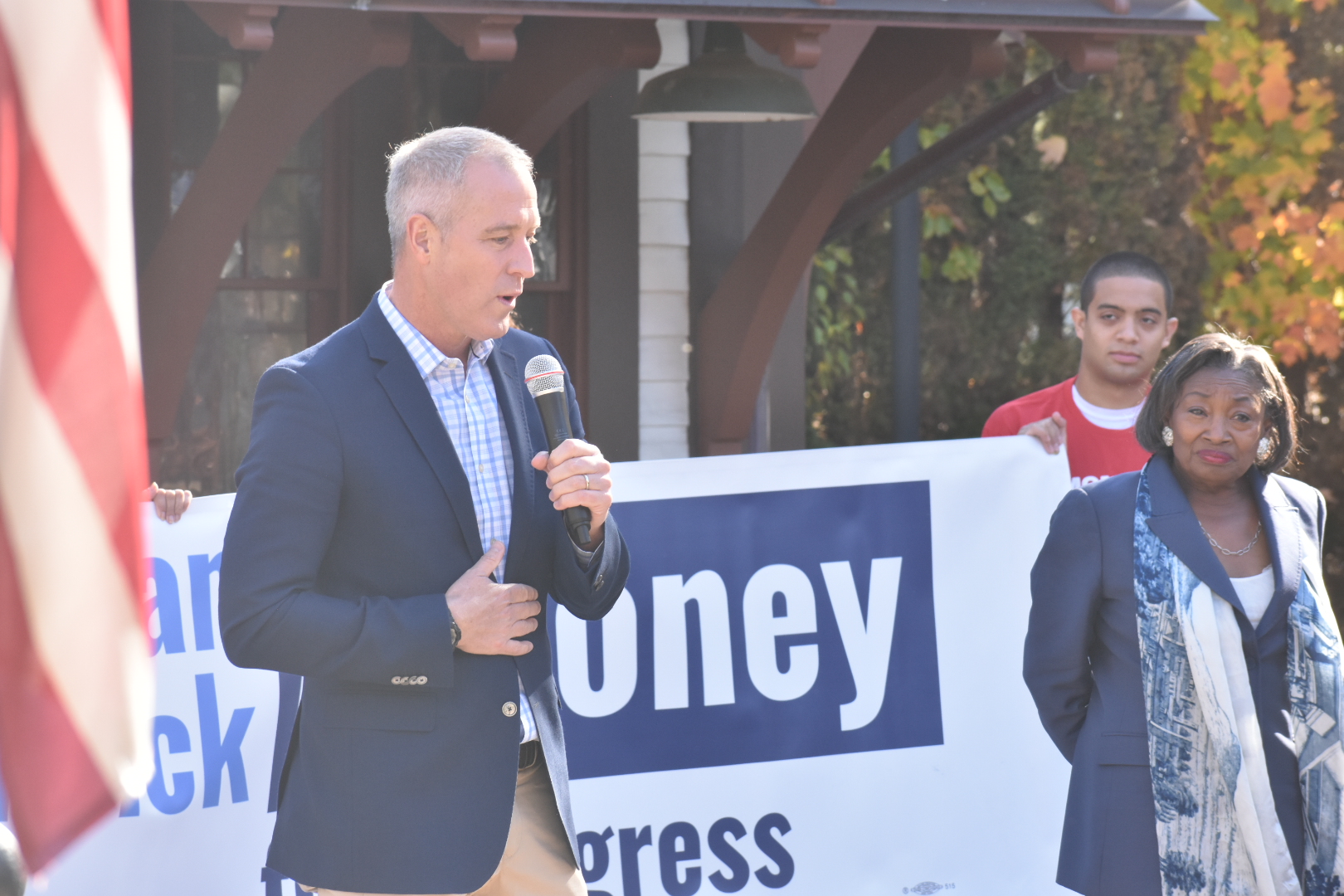 With state and federal gun laws on the minds of many voters this fall, Congressman Sean Patrick Maloney and state Sen. Andrea Stewart-Cousins addressed a rally in Yorktown Heights Sunday organized by the group Moms Demand Action.

Maloney is facing challenger state Assemblyman Mike Lawler, R-Pearl River, for the 17th Congressional District in a race classified as a toss up by the Cook Political Report.

Maloney and Sen. Stewart-Cousins were joined by Sen. Harckham, Assembly candidates Kathleen Valletta and Dana Levenberg, and Assemblymember Burdick at the rally meant to help Democrats maintain the majority in Congress and the New York State Legislature.

“You can’t incarcerate your way out of this issue. You can’t hand everybody a gun, and lock everybody up,” Stewart-Cousins said. “You need people who are willing to think, act, and stand up for you. Stand up with courage and integrity, tell people the truth and go to work.”

Over the summer, Gov. Kathy Hochul signed Legislation S.9458/A.10503 which bars the purchase of semiautomatic rifles by anyone under the age 21 by requiring a license.

In other related laws, the application permit process for a handgun was also changed with the state now requiring extensive range training and a social media check, among other things. Additionally, firearms are not allowed in “sensitive areas” such as churches, parks, playgrounds, Times Square in Manhattan and private businesses, unless they explicitly state otherwise via signage.

Referring to his challenger, Maloney said there is a stark difference for voters next week.

“So you got a choice in this race, you’ve got a choice between someone who’s in the pocket of the NRA and is not going to do a thing while kids are getting gunned down in their classrooms and someone who’s going to pass good common sense gun safety legislation. We have more to do. We also passed the assault weapons ban out of the House of Representatives,” said Congressman Maloney.

Another mass shooting puts gun safety front and center at the Colorado Capitol
ILA | Oregon Agrees That Delaying Measure 114’s Permit-to-Purchase Requirement Is Necessary After Challenged in NRA-ILA Backed Lawsuit
ILA | On Crime, We Know What Works
ILA | Did Biden Call Most American Gun Owners Sick?
Number One Responsibility for All 46 Presidents Is Contained in the Oath of Office: Protect the Constitution