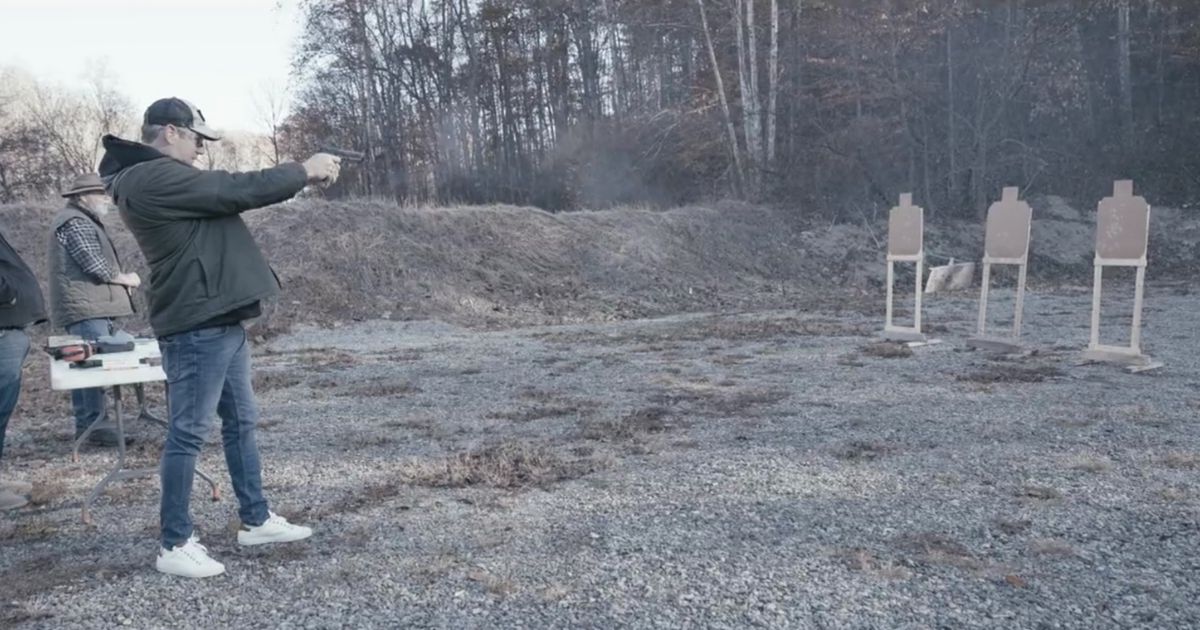 A Democrat Senate candidate is playing the role of a conservative Second Amendment supporter in a new campaign video, but it didn’t take long for gun rights activists to notice the significant flaws in his acting.

Ohio U.S Senate nominee Tim Ryan released a video of himself shooting a handgun at an outdoor shooting range on Friday. You can get a taste of his acting below:

Not too bad for a Democrat 🎯 pic.twitter.com/a0TkBWDT7V

Gun owners rushed to point out Ryan’s poor shooting form in response to the video.

Awwwww, you showed us you clearly aren’t a proficient shooter.

Another Twitter user likened Ryan’s stance to that of a “child shooting for the first time.”

Properly stored? That’s not up to you.

Law abiding citizens obtain their firearms legally and use them legally.

What weapons of war?

Nice shooting? Dude had the stance of a child shooting for the first time. Doubt he even hit the target like that.

Did you find a problem in Ryan’s video?

The National Rifle Association offered Ryan some elementary shooting training in response to the staged gesture.

Admittedly, not every civilian gun owner needs to operate a handgun as if they were a Navy SEAL. Ryan at least knows to avoid crossing his thumbs behind the slide and to keep the weapon pointed downrange, as far as we can tell from the video.

GOP Rep: Bad 2020 Census Deprived TX of at Least 1 Electoral Vote, Gave GOP the Shaft in 9 Other States Too

But his stance does have noticeable flaws you would point out to a friend if you were together at a shooting range.

The progressive congressman leans back in anticipation of recoil from a handgun that’s probably chambered in 9mm or .45 ACP.

Shooters are supposed to leverage their body weight against recoil, but Ryan almost seems to be expecting the blowback of a .44 Magnum or a rifle cartridge. (Not that you’d lean back like he is if you were firing a higher-caliber weapon.)

His grouping is far from tight, even as he brags about his shooting. Most handgun owners with a modicum of practice could do much better from that distance with man-size targets.

The guy’s trigger squeeze is seemingly being performed with the first joint of his index finger. You’re supposed to use the meat of your finger, not its joints.

If anything, Ryan’s uncomfortable reaction to the range day seems to suggest he doesn’t go shooting often.

Oh, and by the way, Ryan supports banning semiautomatic rifles like the AR-15. No wonder he had to round up a few token bearded guys to make it look like he’s a gun rights supporter — that kind of coastal elite Democrat extremism doesn’t play well in states like Ohio.

“Not bad for a Democrat,” Ryan brags in the video.

Maybe Ryan’s kind of Democrat. There’s no shortage of rural, conservative-leaning “Dirt Road Democrats” in states like Ohio who actually were raised handling guns, but Ryan’s party stopped delivering for these people many years ago.

Guns Don’t Kill People | Opinion
Senator Chris Murphy: ‘victory after victory’ is coming for US gun control | US gun control
Number One Responsibility for All 46 Presidents Is Contained in the Oath of Office: Protect the Constitution
Oregon Measure 114: Sheriffs, police chiefs tell judge their agencies are ‘unprepared’ to support gun permit program
Illinois lawmakers have a moral obligation to pass gun safety bill