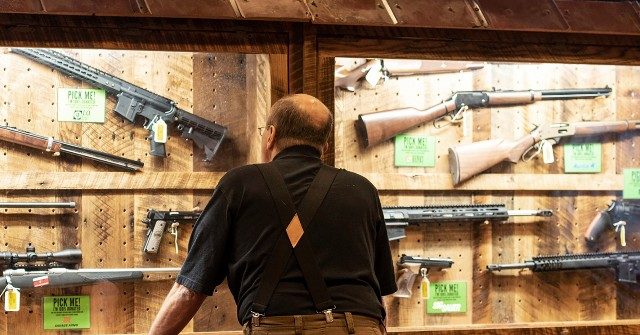 New Jersey Democrats advanced a bill Monday to ban the carry of grenades, firearms, and other types of weapons in “sensitive places.”

The New Jersey Monitor reports that Democrats focused on “grenades” and “propelled explosives,” in addition to “certain firearms,” in order to try to stave off legal challenges.

The gun control bill is a reworking of an earlier version that “could have seen residents face steep penalties for carrying daggers, brass knuckles, and other non-ballistic weaponry in parks, schools, and bars, among a host of other locations.”

The NRA-ILA noted: “The original bill banned more than just firearms and would have included, for example, common tools like knives in restaurants and hockey sticks in sports arenas.  Even though the amended bill addressed the common tools, it is still a complete end-run of the United States Supreme Court decision in [NYSRPA v. Bruen (2022)].”

AWR Hawkins is an award-winning Second Amendment columnist for Breitbart News and the writer/curator of Down Range with AWR Hawkins, a weekly newsletter focused on all things Second Amendment, also for Breitbart News. He is the political analyst for Armed American Radio and a Turning Point USA Ambassador. AWR Hawkins holds a PhD in Military History with a focus on the Vietnam War (brown water navy), U.S. Navy since Inception, the Civil War, and Early Modern Europe. Follow him on Instagram: @awr_hawkins. You can sign up to get Down Range at breitbart.com/downrange. Reach him directly at awrhawkins@breitbart.com.