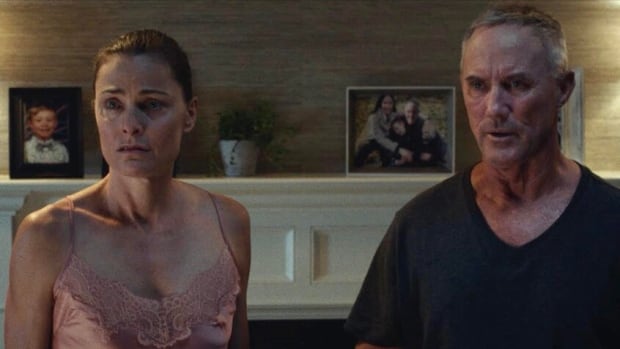 This weekend, Manitoba-raised Tara Westwood will be attending a film festival in Pittsburgh, drawing attention to her directorial debut, an intense — and intensely topical — 18-minute short film titled Triggered.

It won best drama short and best performance in a short (for Isiah Whitlock Jr.) at the Cordillera International Film Festival, as well as winning Westwood awards for best female director and best ensemble at New York Indie Shorts Awards.

But even with all that’s at stake in Pittsburgh, she expects to sneak off whenever possible on Sunday to see how her beloved Blue Bombers are doing at the Grey Cup.

Why yes, Tara Westwood is the sister of Troy Westwood, the placekicker and punter who spent 18 years with the team. While her brother hasn’t played for the Bombers in years, Tara remains true to the Blue.

“I’m going to be the one who has to keep excusing themselves to go to the bathroom,” Westwood admitted in a phone interview. “Because I’ll want to see what’s happening.”

Although still a Canadian, Westwood has lived in the U.S., specifically New York City, for longer than she lived in Canada.

She touched down in the Big Apple in 1992 while still in her 20s, hot off success as a fashion model in Paris — heady beginnings for a girl raised on a 16-acre farm in St. Andrews, just north of Winnipeg, where her family raised horses. (Her late father, Terry Westwood, trained at Assiniboia Downs.)

Once in New York, she moved from modelling into theatre, and ultimately into film, where she has appeared in films and TV series including Law and Order SVU, Blue Bloods and the new FX series Fleishman Is in Trouble. She is also in the cast of the upcoming Gerard Butler action movie Plane, coming to theatres in January.

One of her last feature film roles was in the 2020 Manitoba-lensed The Grudge, a horror reboot in which she played the Typhoid Mary-like character who brings the titular supernatural curse from Japan to small-town America.

By contrast, the horror in Triggered is based in a harsh American reality.

It’s the story of a couple of traumatized individuals (played by Whitlock and Caitlin Mehner) who invade the home of a U.S. senator (played by Westwood herself) and her husband (Robert John Burke), intent on making them pay for the senator’s refusal to support gun laws that might have saved their own loved ones.

The film started life as a play mounted by Amy Schumer’s company The Collective NY in 2019, in which Westwood played the role of Heidi, the senator.

“After, I reached out to the playwright, Thomas Dunn, and asked if he’d ever considered making this into a film, and he had already written a screenplay and sold the rights to someone,” Westwood said.

“Many months later, I emailed him and I asked if I could see what they did with that, out of curiosity, and funnily enough, they didn’t film it because of COVID and they gave up the rights.”

Leaping into the breach, Westwood initially wanted to produce and act in the short. She had earmarked her friend, actor John Leguizamo, to direct. She changed her mind during a lunchtime conversation with one of the film’s producers, Marie Therese Guirgis.

“I told her, ‘I’m going to ask John Leguizamo if he’ll direct it,'” Westwood recalled. “‘He’s passionate about gun violence prevention, he’s a friend and he hasn’t directed a lot. So maybe if I asked somebody like that to direct this, he would.’

“And she said, ‘Tara, you can’t go to John. You’ve got a cast and crew. You even know who you want to make the poster. That’s called directing. Just direct it,'” said Westwood.

“It literally had not occurred to me to direct it.”

Leguizamo did serve as the film’s executive producer, but Westwood admits she had concerns about directing.

“Who the heck am I to direct these three people that I want to work with, because they’re so good?” she said. “That was something I was nervous about. But they were all incredible.”

The film itself can’t be said to be anti-gun, although Westwood has always been distressed to see guns on the streets of New York. One of her two sons was recently mugged at gunpoint in broad daylight.

“Having grown up around guns, I see even more how crazy the epidemic of gun violence is in this country,” Westwood said, allowing the film is not likely to alter the opinions of those who insist America’s Second Amendment gives them the right to bear arms.

She doesn’t see the country ever banning guns altogether.

“I do think my outside perspective is different than if I grew up here [in the U.S.],” Westwood said.

“What I’m really hoping to do is to make people feel empathy with all four characters, including the ones that have the guns … because they’ve experienced extreme trauma by losing family members to gun violence,” Westwood said.

“I think America right now has an empathy problem. All we do is talk about how we’re different from each other and what divides us and how you’re wrong and I’m right.”

But she notes that polling suggests even the majority of National Rifle Association members “believe in some kind of change, even if it’s something as simple as better background checks.”

While the film’s plot was written years ago, the story gained disturbing new relevance in the wake of the Oct. 28 hammer attack on Paul Pelosi, the husband of U.S. Speaker of the House Nancy Pelosi in the couple’s San Francisco home by an assailant.

“I did have someone say, ‘Is that what you’re encouraging with your film?'” Westwood said.

“Of course not. I’m not encouraging violence. What I’m hoping is that people can feel empathy,” she said.

“After Jan. 6 happened, there’s been so many threats on peoples’ lives here. The country has never felt that this divided,” said Westwood.

“And when I look at something like gun violence, which is a conversation that divides people so tremendously, things haven’t been working to bring people together.

“Maybe if you can make them feel something.”

To boost its Oscar-qualifying viability, Triggered is currently streaming for free on YouTube until the end of November.

Chuck Haga: We care, fret and worry. But what are we supposed to do? – Grand Forks Herald
Biden Wants to Ban ‘Semiautomatic Weapons’? Dream On.
BOOR REVIEW: ‘American Rifle: The Case for the AR-15″
Number One Responsibility for All 46 Presidents Is Contained in the Oath of Office: Protect the Constitution
ILA | Oregon Agrees That Delaying Measure 114’s Permit-to-Purchase Requirement Is Necessary After Challenged in NRA-ILA Backed Lawsuit