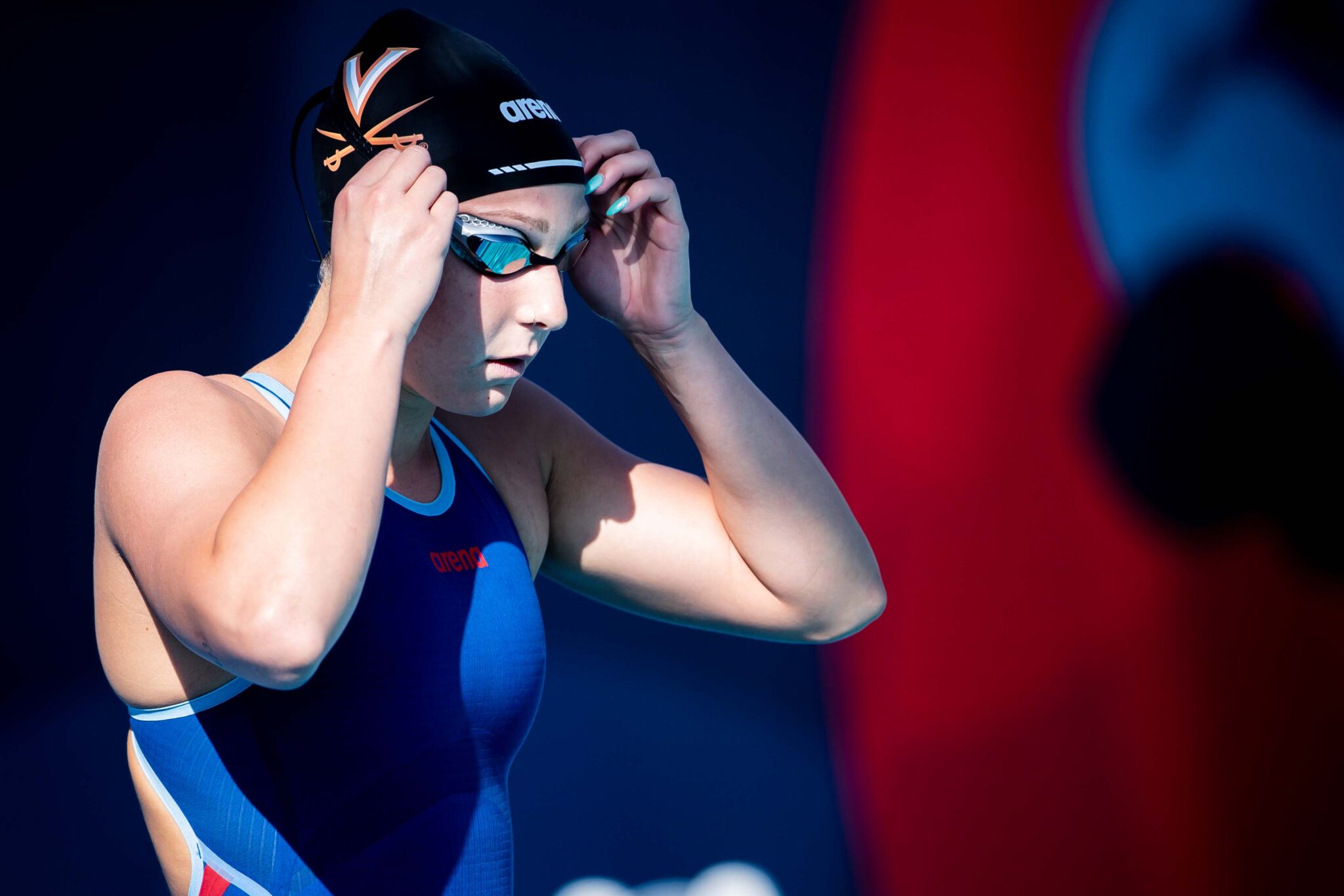 On Saturday, University of Virginia freshman swimmer and U.S. Junior National team member Claire Tuggle posted a statement on Instagram speaking out about gun violence in light of the recent shooting at her school that took the lives of three UVA football players—DeSean Perry, Lavel Davis, and Devin Chandler—and injured two other individuals.

In her post, Tuggle highlighted the grief that she and her peers experienced following the shooting, as well as the prevalence of mass shootings in the United States. Her full statement is below:

These past few days have been full of tears, consoling, hugs, remembrance, support and love. Never did I think that the school I love so much would be ridden with something so terrible. The community of UVA and especially the athletic community of UVA lost three lives to the bullets of a gun. This is a terror that I wish upon no one. Watching some of your closest friends break beneath the weight of loosing the people they call their best friends and teammates has been something that broke my heart in a way I did not know was possible. Holding someone in your arms that just lost someone so dear to them because of a senseless act of violence is something that no one should have to experience. My heart does not only hurt for the friends of theirs I know, but the friends and family members I do not know as well, this is just simply unfair and wrong. Along with the grief that has come from this event comes the realization of how messed up it is that this keeps happening again and again in this country with no change. The realization that this was one of 8 mass shootings in the United States that took place in those 48 hours. The realization that the governor of Virginia is more worried about critical race theory and the NRA, than putting policies in place that would have help those three innocent boys. The realization that when I wake up tomorrow I will see another mass shooting on the news. The grief of this incident is close to all consuming, but that little part of me that isn’t full of grief and sadness is full of anger. This should have never happened to these boys, my friends should have never lost the people they call their brothers and I should have never had to hold people I love while they were sobbing in my arms. This will never sit right with me and it shouldn’t with you either. Rest in peace Lavel, D’Sean and Devin.

Tuggle also references Virginia Governer Glenn Youngkin, saying that he “is more worried about critical race theory and the NRA” rather than implementing policies that would prevent the deaths of Perry, Davis, and Chandler.

Youngkin, who was elected governor in 2021 and took office in early 2022, has generally been quiet on tighter gun control legislation and instead has reacted to school shootings around the country with calls for more security in schools and better safety plans. During his campaign, he said he would not sign any law that limited Second Amendment rights and would consider rolling back existing gun laws. In spite of this, the NRA did not endorse Youngkin in his 2021 campaign, even though they endorsed several other statewide candidates for office in Virginia.

“We had a horrific tragedy overnight at the University of Virginia in Charlottesville, and there were lives lost,” Youngkin said in an emailed statement after the shooting at Virginia. “And families changed forever. And I just ask everybody this morning to lift up those families, the entire community in prayer… And it is an extremely, extremely sad, scary horrific moment.”

Earlier this year, The Everytown for Gun Safety Support Fund ranked Virginia 14th for the strength of its gun laws, most of which were enacted under former Governor Ralph Northam.

The shooting at Virginia occurred around 10:30 PM on the night of November 13, 2022, when suspect and former UVA football player Christopher Darnell Jones Jr. allegedly opened fire in a campus parking up on a bus returning from a field trip in Washington DC. Perry, Davis, and Chandler were shot and killed, and UVA football player Mike Hollins and another female student (whose name has not been publicized) were both injured. Hollins, who had originally gotten off the bus when Jones opened fire, was shot in the back after returning into the bus to help other students.

Jones was arrested and taken into custody at 11:24 AM in Henrico County, Virginia—approximately 80 miles from the Virginia campus. His arrest ended an almost twelve-hour shelter-in-place order.

Since the shooting occurred, UVA, particularly its athletics community, has made tremendous efforts to honor the memories of Perry, Davis, and Chandler. Several of the school’s sports teams have worn apparel with the numbers 1, 15, and 41 (the numbers of the three football players who died) on them. In addition, many of Virginia’s rival schools such as Virginia Tech have shown gestures of support towards the Cavaliers.

On Saturday night, there was a memorial service for the three Virginia football players. The team’s football game against #23 Coastal Carolina, their last home game of the season, was canceled.

One Virginia student, who is not affiliated with the swimming program, told SwimSwam that campus was “depressing” and a “ghost town,” and described a sort of delayed collective reaction to the shooting that didn’t come until days after the shooting.