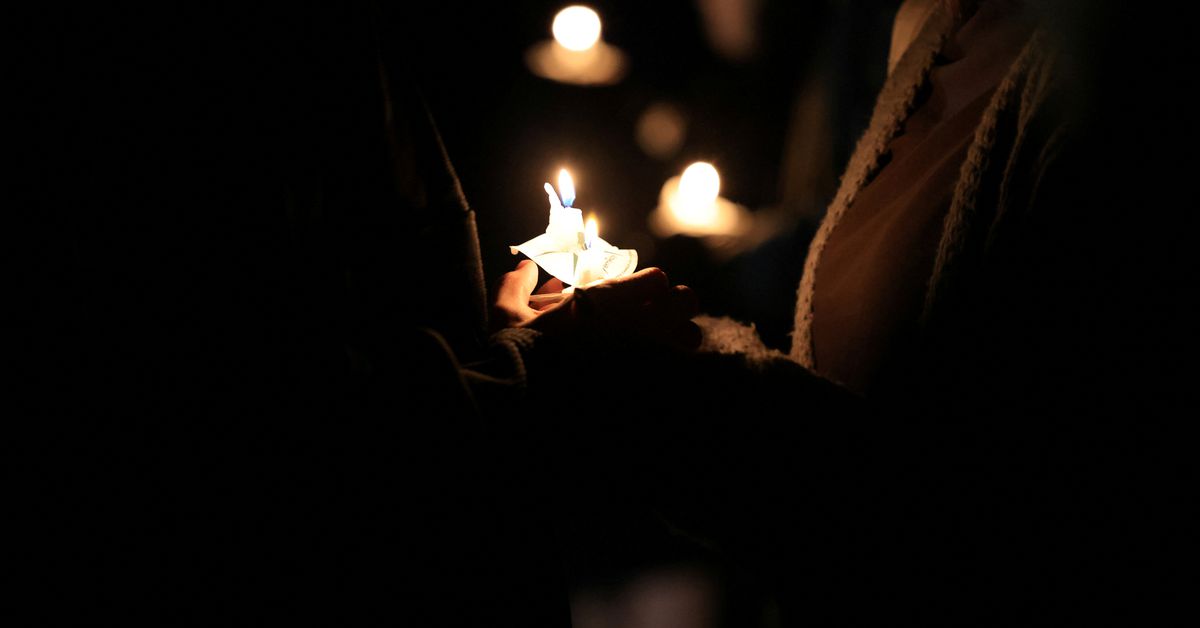 Nov 21 (Reuters) – The attack at a Colorado LGBTQ nightclub by a suspected gunman who was arrested last year in connection with a bomb threat has renewed questions about “red flag” laws that are used irregularly and in vastly different ways across the United States.

The laws, which allow courts to issue “extreme risk protection orders” (ERPO) removing firearms from individuals considered at risk of harming themselves or others, have been touted by gun safety advocates as crucial tools to prevent mass shootings such as the weekend attack at Club Q in Colorado Springs.

However, data shows a significant discrepancy in employment of red flag laws across the 19 states that have implemented them, with Colorado seeing fewer petitions than in many other states.

It is not clear whether utilizing the state’s law would have altered Saturday’s shooting, which left five people dead and 17 with gunshot wounds in what may have been a hate crime. Police have not yet said when or how the suspected shooter, 22-year-old Anderson Lee Aldrich, may have acquired the guns found at the scene.

But court records indicate that Aldrich did not face prosecution after his mother reported in June 2021 that he was threatening her with a bomb, ammunition and other weapons. The report prompted a standoff with law enforcement negotiators and the evacuation of neighboring homes.

Authorities do not appear to have filed a petition seeking to confiscate any weapons Aldrich may have had at the time under the state’s red flag law.

The sheriff’s office, which responded to the call, and the local district attorney’s office both did not respond to requests for comment about the 2021 case.

ERPOs typically require police to remove weapons from the individual in question and prohibit the person from purchasing new guns. In Colorado, a judge can issue a temporary ERPO for up to two weeks until a court hearing is held to determine whether to extend the order up to a year.

The state has seen relatively few petitions for extreme risk protection orders since it passed its law in January 2020. One study found 109 filings in the first year. Chris Knoepke, a University of Colorado professor who has studied the issue, said data from 2021 and 2022 show a slight increase in usage.

By contrast, more than 9,000 petitions have been filed in Florida since the state passed its law in 2018 after the Marjory Stoneman Douglas High School shooting that killed 17 people.

“It’s heartbreaking when you hear one of these stories, and you worry that an opportunity was missed to potentially do something about it,” said Knoepke, who is working with state officials on developing training on ERPOs for Colorado law enforcement.

The disparity partly reflects deep opposition to red flag laws among some of Colorado’s conservative sheriffs and local political officials. More than half of the state’s 64 counties have declared themselves “2nd Amendment sanctuaries” in opposition to the statute, based on the U.S. Constitution’s guarantee of a right to bear arms.

Those counties include El Paso, the home of Colorado Springs, where county commissioners unanimously approved a resolution in 2019 condemning the then-proposed legislation.

While El Paso Sheriff Bill Elder has voiced skepticism about “sanctuary” declarations, he opposed the red flag law over due process concerns, according to local media reports in 2019.

Following the bill’s passage, he issued a statement saying his office would follow the law if family members secured ERPOs but would not file its own petitions absent “exigent circumstances.”

There were nearly 2,000 sanctuary counties across the United States as of late 2021, according to SanctuaryCounties.com, a pro-gun rights website. The National Rifle Association opposes red flag laws as unconstitutional infringements on law-abiding citizens.

In the wake of May’s mass shooting at an elementary school in Uvalde, Texas, Congress passed a bipartisan gun bill that includes $750 million in federal funding that is partly aimed at encouraging states to implement and improve red flag laws.

Colorado will receive $4.6 million in the first tranche of that money, which can be used to fund training for first responders, family members and court staff on ERPO laws as well as research on their effectiveness.

On the state level, Colorado’s Democratic legislature last year created a new office of gun violence prevention to coordinate efforts to combat shootings, including by raising awareness about the red flag law and training law enforcement on its use.

Studies on the effectiveness of red flag laws are limited but suggest they can make a real difference. Two studies have found that one suicide was prevented for every 10 removals.

Another study published last month examining ERPO petitions in six states found more than 650 cases from 2013 to 2020 that involved a mass shooting threat, though it is impossible to determine how many of those cases would have resulted in actual violence.

“These laws were put on the books exactly to address the dangerous behaviors that are often precursors to larger violent events,” said Shannon Frattaroli, a professor at the Johns Hopkins Center for Gun Violence Solutions and one of the study’s main authors.

“Threatening to blow up your mother or the neighborhood most reasonable people would agree is a signal that some intervention is needed.”