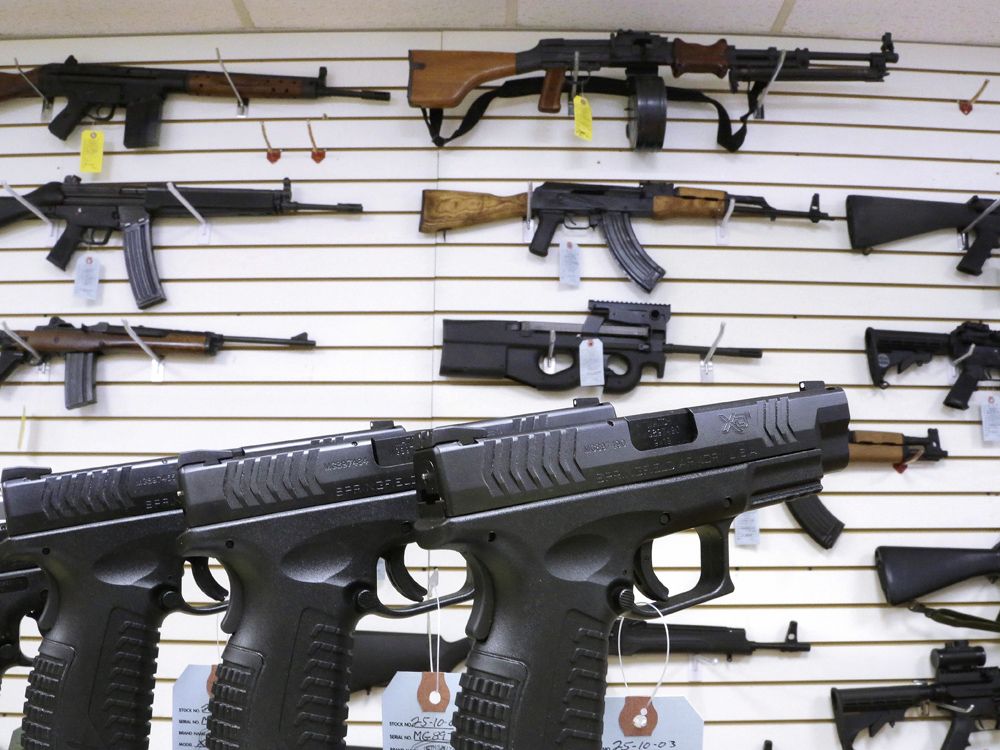 Canadian media properly took note this week of some disappointing new homicide numbers out of Statistics Canada. At 2.1 murders per 100,000 people nationwide (representing 788 fatalities), 2021’s homicide rate was the highest since the same figure was recorded in 2005. In the meantime, in 2013, it had bottomed out at 1.5 per 100,000. If that rate had held in 2021, 234 fewer lives would have been lost.

The NP Comment newsletter from columnist Colby Cosh and NP Comment editors tackles the important topics with boldness, verve and wit. Get NP Platformed delivered to your inbox weekdays by 4 p.m. ET.

While 23 per cent of homicides nationwide were attributed to gang violence, the number varied hugely by province: 36 per cent of all homicides were deemed gang-related in Saskatchewan, versus 20 per cent and five per cent in neighbouring Alberta and Manitoba, respectively.

Nevertheless, in the short term at least, these data will likely bolster the federal Liberals’ nationwide anti-gun efforts — notably “freezing” sales of handguns and banning “assault weapons.” Forty per cent of murder victims in 2021 were shot to death, 57 per cent of them with a handgun. Canada’s largest mass murder, in Central Nova Scotia in 2020, was authored using both handguns and rifles. Seventeen per cent of homicide victims in 2021 were killed by a spouse or intimate partner; such murders are much more likely to be committed with rifles and shotguns than with handguns.

“Ban them all” sounds good to lots of Canadians.

Critics will note, as always, that gang members don’t use properly purchased and registered handguns. Even before the Liberal “freeze” on handgun sales came into effect, police reported the vast majority of guns used in crimes had been smuggled across the border — suggesting it was necessary, or easier, or both, to take that risk rather than to try to steal legally owned ones. Pledges to crack down on cross-border gun trafficking long ago attained the status of punchline.

This will not deter the Liberals. For many of their supporters, stricter gun control is its own reward. If they actually manage to make the problem worse, however, people might start to notice.

By announcing their intent to “freeze” handgun sales, then waiting months to actually do it, the Liberals predictably created a run on handguns. Sales roughly doubled as a result, retailers told National Post earlier this month. It seems especially absurd when you consider the “freeze” came from an order in council, while the relevant legislation was still before Parliament. It would have made far more sense, surely, to have done the freezing much earlier.

That’s unlikely to come back to bite the government, one supposes, unless some last-minute handgun purchase can be traced to some future atrocity. The “assault-rifle ban” might leave more of a mark, however.

On the bright side, many years and months into this discussion, the Liberals have suddenly deigned to define the nature of the weapons they want to ban — rather than just picking the most unpopular ones out of the news. In doing so, however, they instantly triggered a backlash — because the definition covers many more guns than expected.

“Banning and buying back rifles that are used for hunting and sport shooting will only affect law-abiding, RCMP-vetted Canadians who rely on wild game to feed their families or enjoy a day at the shooting range,” Jesse Zeman, executive director of the B.C. Wildlife Federation, told National Post this week. The B.C. Wildlife Federation isn’t exactly the NRA, much as the Liberals might wish otherwise. There are plenty of Liberal voters (and potential Liberal voters) who don’t think hunting and sport-shooting are affronts to modern civilization.

Last year, the Parliamentary Budget Officer estimated the cost of the Liberals’ plan at up to $756 million. That’s big money; those who think such guns should be seized with no compensation at all — if you don’t like it, move to Alaska! — won’t like it on principle.

Moreover, the PBO based its analysis in part on New Zealand’s buyback, which was enacted in 2019 after the appalling terrorist attack on two Christchurch mosques. That program quite logically involved the New Zealand police; but the Canadian Association of Chiefs of Police made it very clear to the House of Commons’ public safety committee last month that they have neither the resources nor the inclination to help.

Certainly it shouldn’t be too difficult or expensive to take people’s guns from them and give them money in return, even without the police’s help. But nor should it have been very difficult or expensive to make a database of rifles and their owners; or to design an app for people returning to Canada during the pandemic; or to create a functional payroll system for the federal civil service. All are now famous boondoggles.

One of the most astonishing things about the Liberals in particular, but governments in general, is their apparently bottomless confidence in their abilities to do big things at a reasonable cost against all evidence to the contrary. Again, for many Liberals, gun control is its own reward. But perhaps not at any cost. At some point, people may finally start asking how many more useful things could have been accomplished with the time, effort and money poured into these at-best highly dubious solutions. The Liberals will have few compelling answers to offer.

Get the latest from Chris Selley straight to your inbox