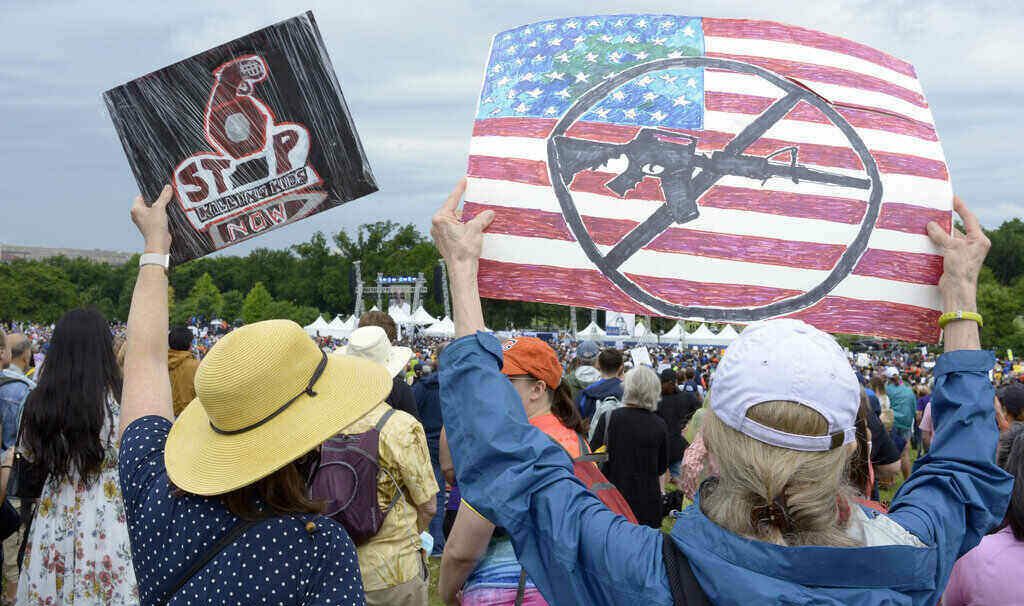 FBI Director Christopher Wray declared that “domestic terrorism is the greatest danger to the American people.” Mass shootings are more numerous than the days on the calendar. It is logical and necessary to refer to the men who commit mass murders with the use of a weapon of mass destruction as “terrorists.”

Terrorists are haters. They hate you because of your race, ethnicity, religion, sexual orientation, belief they have been wronged or abused, or because they hate women. Whatever their “justification,” they are a danger to normal Americans, and to all Americans who are doing nothing more than going about their daily lives.

I am so goddamn sick and tired of our government doing nothing to make our nation safer. The NRA is evil and will say anything to protect the money they receive from gun manufacturers and gun sellers while celebrating the deaths of our nation’s people. Gun sales increase with every mass shooting. Mass hysteria is contagious and a sign of ignorance. Why do we have a government if they refuse to perform the job for which they were elected? It is their responsibility to do everything in their power to make our nation safe for every man, woman, and child.

America is the Least Safe Country in the World

The truth no one will tell you is that you are not safe anywhere in America. Your life can be taken from you by your neighbor, while you are shopping at a mall or a grocery store, where you work, while attending a concert or a sporting event, while you are out to dinner or having a drink at a bar or club, attending church, or going to school. A deranged individual, with access to a weapon of mass destruction, can rob you of your life in an instant. No one is safe, regardless of who or what you are. America is less safe than any other developed nation in the world.

In most states, a military-style assault rifle and the high-output magazines used to expel hundreds of bullets in just seconds can be purchased without background checks. No questions asked if you have the money. The coward who murdered 58 people in Las Vegas in 2017 had 12 such weapons, checked into a hotel, and had them delivered to his room. No questions asked.

The absolute truth is that our legislative branch has the power to lessen and maybe end this carnage. The solutions are simple, and the men who harbor deep, unrelenting hatred for others could not murder innocent Americans without the tools given to them by the firearm industry. Congress must end its support of profits for this industry and place every citizen as a priority. They must stop hiding behind the outdated Second Amendment. The interpretation of this misnamed “gun rights law” is nothing but a lie. Its purpose was to safeguard the existence of a militia until the young nation could establish a standing army. There was no other reason.

Take our Country Back from Professional Politicians

I beg each of you to take your country back from the worst people in the world, professional politicians. They have chosen to rule over us, not to serve us. We must take our country back.

Plan ahead for each election and make your choices based primarily on a single issue. If congress refuses to place term limits on themselves, we can do it for them. We can vote every incumbent out of office in a single election, regardless of their political party or any other factor. This will send a clear message to future members of the House and Senate that this is our country, not theirs. We elect them to work for us, not to do as they please for personal gain.

By James Turnage, Author of “A Brother’s Revenge”

Daily Kos: Time to Call Mass Shooters – and Those Who Inspire Them – Terrorists