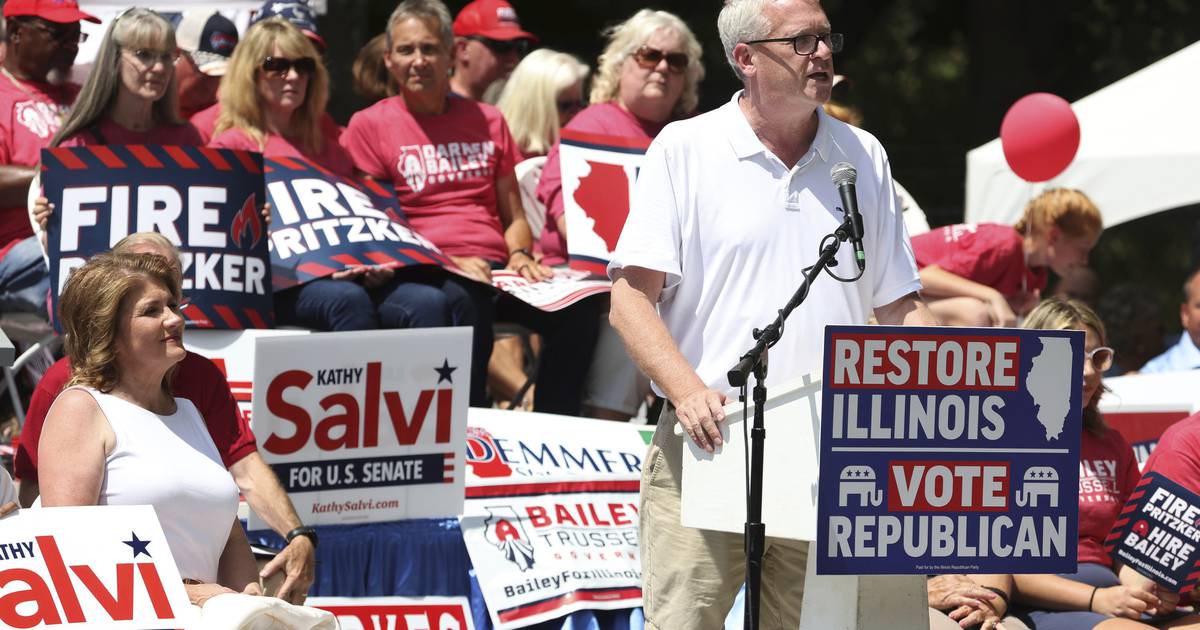 State Rep. Jim Durkin is an endangered species — a socially moderate, fiscally conservative gentleman who plays well with others. Now, the reasonable dad of the Illinois Republican Party has had enough, post-election. He picked up his keys, and he is going for a drive. As his wife, I am happy for him and beyond proud. As a constituent, I’m at a loss.

The mom in me wants to fold my arms, give the “Mom look” to those who have made this mess and say, “Now look what you’ve done. What do you have to say for yourself, young man, young lady?” But I won’t because I know what will happen if I do. While our nation watched in horror as the Capitol was stormed on Jan. 6, 2021, Jim publicly condemned the insurrectionists, earning us death threats.

As a former Cook County prosecutor and father, Jim just wants to keep everyone safe. That has consistently earned Jim a low grade from the National Rifle Association — a grade that could not make me love him more. This Republican soldiered on like a one-man army and voted for the 2018 assault weapons ban, and he worked hard to close gun show loopholes, understanding the Second Amendment is a complex issue. It is not for the simple-minded. Yes, he believes people have the right to hunt and defend themselves and their families, but that does not give them the right to bear arms that eviscerate schoolchildren or paradegoers on a corner in Highland Park, where I once lived, where we attended parades as a family and waved American flags.

Jim’s mission has always been to grow the Republican Party, not diminish it. He took a stand and voted for the Equal Rights Amendment supporting gender equality. These are the positions that earned him the title of RINO — Republican in name only — from the far right, a pejorative that he is proud of. During this cycle, Jim just could not support candidates who were disciples of the former president. Knowing where that could likely lead, he still stuck to his principles. That’s how you set a good example for your family, political and otherwise.

I think about our dear friend John McCain, and the town hall where he defended his opponent, Barack Obama, against a woman’s racist remarks. I think about Jim stopping his car in front of a stay-at-home protest and admonishing a demonstrator, telling her to put down her horribly offensive sign that compared our Democratic and Jewish governor to Adolf Hitler. I think of former President Ronald Reagan and former Democratic House Speaker Tip O’Neill who were great friends and political opposites.

I think about Jim’s U.S. Senate race against Sen. Dick Durbin that was gentlemanly and without lies and mudslinging because that is what you call good sportsmanship. Remember that? They distinguished themselves by focusing on facts and policy — with emphasis on the word “distinguished.” To this day, we’re proud to call the senator from the other side of the aisle our friend because he’s a good man, even though his and my husband’s political philosophies are not at all aligned. We rode with Durbin to McCain’s funeral and toasted our dear, mutual friend, the honorable statesman and war hero whose service was mocked by our former president.

Our government is based on a two-party system with checks and balances, and it applauds healthy, even spirited debate. But, Illinois Republican Party, you are in big trouble. I just can’t look at you right now. And while you sit up in your room, while your dad cools off, I really hope you think about what you’ve done.