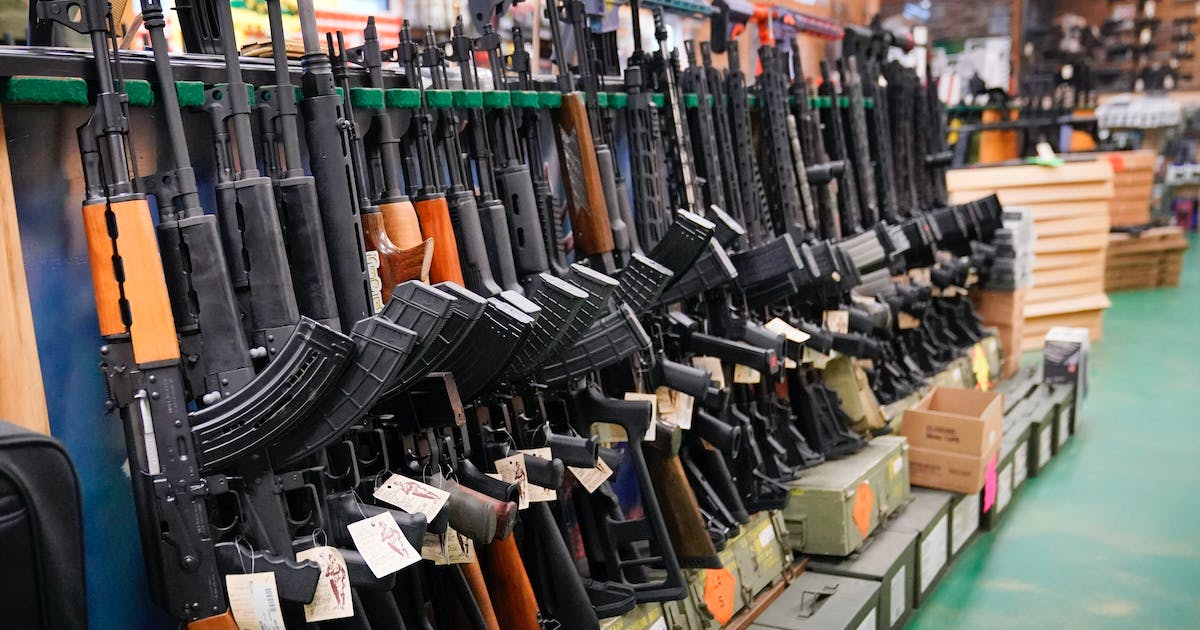 Opinion editor’s note: Editorials represent the opinions of the Star Tribune Editorial Board, which operates independently from the newsroom.

Over the summer, President Joe Biden achieved a modest but importantly bipartisan accord on gun reforms.

Now the fragile coalition of senators who helped forge that agreement faces a more serious challenge: reinstating the federal ban on assault weapons that expired in 2004.

Democrats are right to renew their call for the ban. The now 18-year-long experiment with an increasingly heavily armed society has been an abysmal failure, awash in violence and bloodshed.

In November alone, three University of Virginia football players were slain and two others wounded when a former player opened fire in a garage after a field trip. A shooter armed with an assault weapon and handgun started firing inside a gay nightclub in Colorado Springs, Colo., killing five people and wounding 18 others before a brave, unarmed patron with military training subdued him. Days later, a supervisor at a Walmart in Chesapeake, Va., gunned down six of his own employees in a break room.

Are we just to meekly accept this level of carnage? That in a shopping mall, a nightclub, a movie theater, a school, a church, so many lives can be shattered or lost? And no matter how heavily armed our society has become, the National Rifle Association’s mythical “good guy with a gun” almost never prevents or stops a mass shooting.

There is plenty of argument to be had about the good that an assault weapons ban would do. There was the last time, as well. President Bill Clinton signed the ban into law in 1994. It would last 10 years before it expired — a condition insisted upon by gun rights advocates. During the years the ban was in place, the number of mass shootings averaged about 19, according to a Washington Post analysis.

The fact is, we have reached a critical mass of weaponry in this country, saturating cities and towns with easily obtained firearms. The Walmart shooter bought his gun the same day. Accessibility has only grown over the years, with half the states no longer requiring a permit of any kind to carry a concealed weapon. In some states, the legal age is as young as 18.

Sen. Chris Murphy, D-Conn., recently said the Senate does not have the 60 votes needed to pass the bill, but he’s glad Biden will push for a vote. Renewing the ban, he said, would not “magically eliminate mass shootings, but an AR-15, or AR-15-style weapon, is generally the choice of mass shooters.”

Murphy raised another issue that may be of even greater importance: a growing number of counties in this country are simply ignoring the gun laws already passed by states.

“We learned in Colorado that the county in which the shooting happened was a so-called Second Amendment sanctuary state,” Murphy said. “The majority of counties in this country have declared that they’re not going enforce state and federal gun laws.” Murphy said the Senate must look into the issue and reconsider whether federal funding should continue to flow to counties that refuse to enforce those laws.

Should Congress fail, Minnesota may yet be able to at least toughen its gun laws.

In the coming legislative session, Rep. Dave Pinto, DFL-St. Paul, plans to introduce a red-flag law and stricter background checks. Red-flag laws, used in other states, allow a judge to temporarily take guns from someone who has been proven to pose a danger to himself or others. Pinto said the bill would have a court process and would be similar to red-flag laws in 17 other states. Background checks under Pinto’s proposal would have to go through local law enforcement where the sale is to take place. State law now requires firearms dealers to contact the FBI directly for background checks. The bill would exempt gun transfers between immediate family members.

The House previously passed Pinto’s red flag proposal in 2020. Although it was supported by the Minnesota Chiefs of Police Association, the Republican-led Senate opposed it. The Senate has since flipped control to Democrats.

This state and nation have an obligation to stem the sickeningly high number of mass shootings across this country. No one law can be expected to resolve this growing crisis, but taken together they can start to bring the numbers back down. Families of victims and all citizens who want to be safe in America should demand no less.

Florida Lawmakers Introduce Bill That Could Prove to Be a Big Victory for Gun Owners
ILA | Florida Supreme Court Upholds Penalty Provision in State Preemption Statute.
‘Permitless Carry Does Not Make You Safer’
Florida Bill Proposal Would Allow People to Carry a Concealed Firearm Without Government-Issued Permit
DeVore: Gun-ban lawsuits revving up with subpoenas for Pritzker, Welch, Harmon, others | Illinois