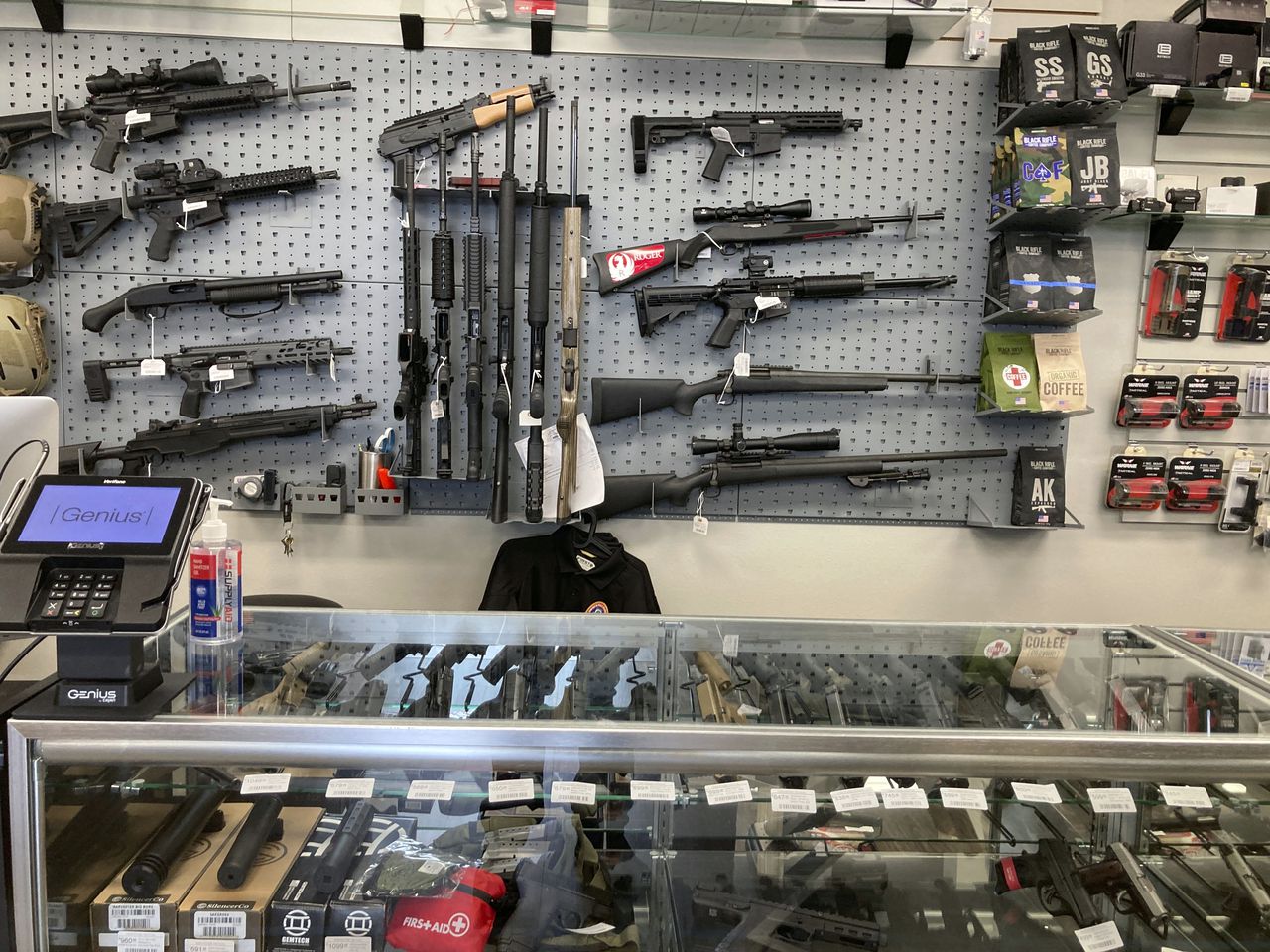 The suit contends the measure imposes “severe and unprecedented burdens” on people seeking to lawfully acquire a gun under the Second Amendment and bans what it says have become standard magazines of ammunition.

The measure, which narrowly passed by 50.7% of voters, is set to take effect next Thursday. It will ban the sale, transfer and manufacture of magazines that contain more than 10 rounds, require a permit to buy a gun and prevent any gun sale or transfer before a criminal background check is completed.

The latest suit blasts the state for trying to impose a new permit application process to buy a gun before all the details for an application process are in place and amid lingering questions about what agencies will accept the applications and what funding and staffing is needed to support the program.

It also echoes the prior lawsuits, which argue the measure violates the Second Amendment right to bear arms and the right to due process.

“One might think that a state bent on imposing such a novel and burdensome permitting regime would at least take the time to make sure it had the infrastructure and resources in place to ensure that it would operate as smoothly as possible,” attorney Shawn M. Lindsay wrote on behalf of the plaintiffs.

In a statement, Aoibheann Cline, the NRA’s Oregon director, said the measure is “nothing more than an attempt to stifle – if not outright prevent – the purchase of firearms throughout Oregon.”

“Forget that it is scheduled to go into effect before Oregon even certifies the election, but it requires potential gun owners to take a class that has yet to be created, at a cost yet to be determined, so that they can obtain a permit that doesn’t actually give them permission to purchase a firearm,” Cline said.

Oregon’s attorney general has defended the measure and will be in court Friday morning to urge U.S. District Judge Karin J. Immergut to deny the Oregon Firearms Foundation’s emergency motion for a temporary restraining order and preliminary injunction.

The firearms federation was the first to file a legal challenge last week. On Wednesday, the Washington-based Second Amendment Foundation followed with its own suit. All the lawsuits are anticipated to be assigned to Immergut.

If no permit process is in place by next Thursday, they contend gun sales will cease on that day.

Senior Assistant Attorney General Brian Simmonds Marshall has argued in court papers that any delay in the new regulations would result in more deaths and deter the state from trying “to reduce the risk of a massacre” in Oregon.

The Oregon Department of Justice has said it is working with state police to assist the agency in drafting rules for the new regulations and permit-to-purchase process. State police Capt. Kyle Kennedy said Thursday afternoon that the state police will provide information related to Measure 114 “as pieces are finalized.” The state police are finalizing an application form for permits and evaluating its future staffing needs, Kennedy said.

The new regulations are designed to reduce mass shootings, suicides and homicides, the proponents have said. In 2020, 593 Oregonians died by gunfire, according to the attorney general’s office.

The new regulations also won’t harm gun owners, Marshall argued in court papers. People who already own magazines that can hold more than 10 rounds can retain them in their homes and still use them as long as they do so on their property or for sport shooting, shooting competitions or hunting, within state law, he noted.

If the regulations are delayed, more people will continue to rush out and buy more guns and magazines, Marshall argued.

After a federal judge granted a preliminary injunction against California’s ban on large-capacity magazines in March 2019, he cited reports that large-capacity magazines poured into California’s gun stores. A judge later allowed the California ban to take effect, and the following week, a 19-year-old man bought a rifle and several 10-round gun magazines from a San Diego gun store. On April 27, 2019, the 19-year-old entered a Chabad synagogue in Poway, Calif., wearing a tactical vest that held five 10-round magazines and his rifle loaded with another 10-round magazine. He fired all 10 rounds of the loaded rifle magazine, killing one congregant and injuring three others, according to news reports cited by Marshall in his filing.

“Before the gunman could reload with one of his five other magazines , an unarmed congregant rushed at him, forcing him to retreat to his car,” Marshall wrote, adding that gave time for an armed off-duty officer to intervene and fire back. The gunman then fled by car and surrendered.

Gun rights advocates, including the plaintiffs in the latest suit, counter that magazines that hold more than 10 rounds are standard today, and the measure would turn “law-abiding citizens into criminals” by making it a misdemeanor crime to carry or use the larger-capacity magazines outside of a shooting range, private property or for competition or hunting.