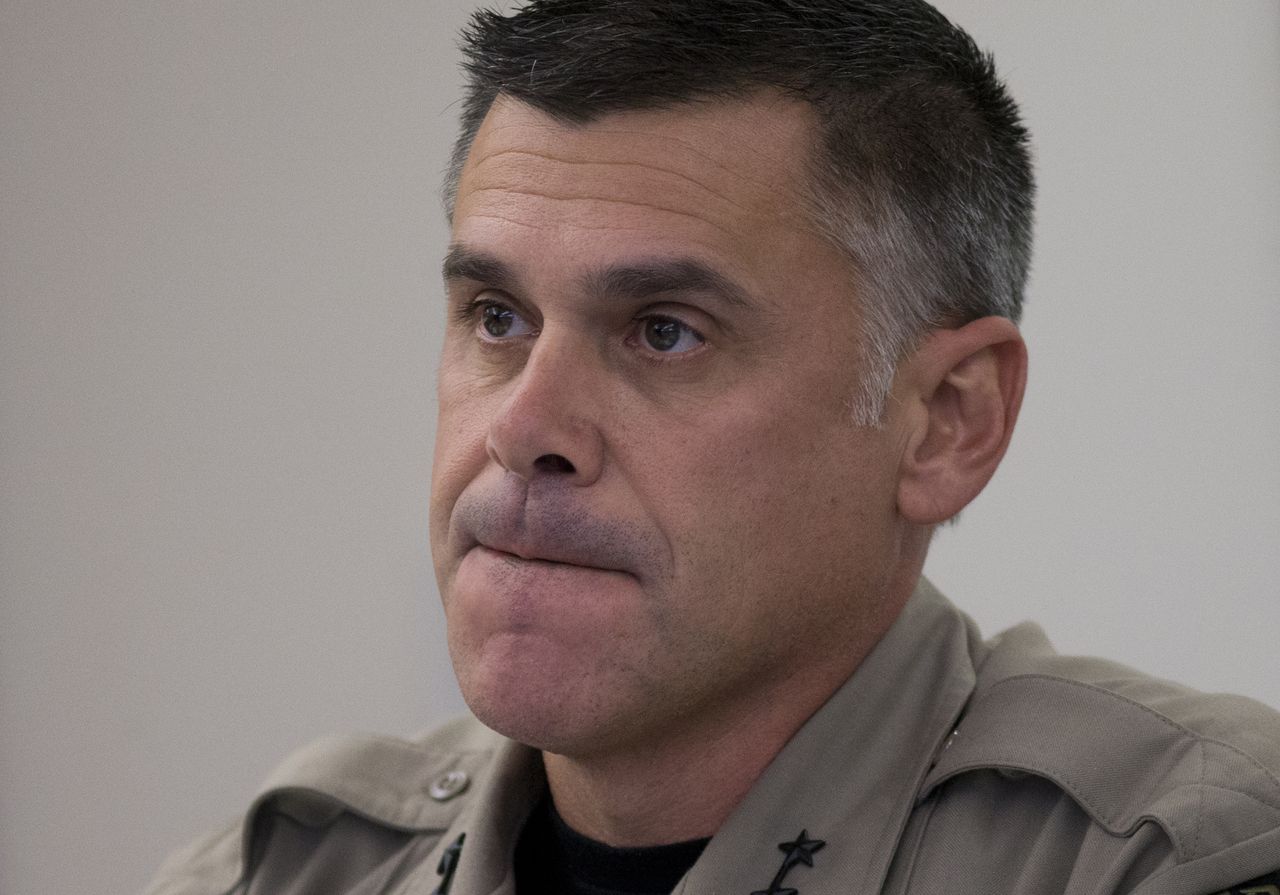 The heads of the Oregon police chiefs and sheriffs associations have submitted statements to a federal judge, saying their agencies are unprepared and not staffed or funded to support a permitting program for prospective gun buyers as required under Measure 114, which is supposed to take effect Thursday.

“Measure 114 placed a substantial amount of work on all law enforcement agencies but came with very little direction, no funding, and no additional staffing,” Myers wrote.

Their submissions to the court come as U.S. District Judge Karin J. Immergut is deciding whether to grant a temporary restraining order that would put the voter-approved measure on hold as four lawsuits proceed in federal court. The judge said she will issue a written ruling by Tuesday.

The measure, which passed with 50.7% of votes, will require a permit to buy a gun; ban the sale, transfer or manufacture of magazines that hold more than 10 rounds; and require background checks to be completed before a gun is sold or transferred.

Both Myers and Campbell said they’ve been consulting with state police as the state police works to put a permit-to-purchase gun program in place by the measure’s effective date, this coming Thursday.

During a court hearing Friday, Senior Assistant Attorney General Brian Simmonds Marshall assured Immergut that Oregonians will be able to apply for a permit when the measure takes effect on Thursday, drawing laughter from gun rights advocates in the courtroom’s public gallery.

State police said they have a draft of a permit application and expect to have a final one available on its website on Thursday.

The state police provided the police chiefs and sheriffs associations with a draft permit application last week, but it hasn’t been finalized, Myers and Campbell wrote. State police also advised them that the permit program will be a “paper-heavy” process due to the state agency’s lack of an “electronic infrastructure,” they wrote.

A paper process will require sheriff’s offices or police departments to mail or “courier” applications to the state police, Myers wrote, which he said will be time consuming and cause delays in issuing permits.

Under the measure, anyone applying for a permit to buy a gun must provide proof of specific firearms training, some of which can be done online and other parts through in-person demonstration.

The training requires instruction on state and federal laws related to purchase, ownership, transfer, use and transportation of guns; safe storage of guns including reporting of lost and stolen firearms; how to prevent the abuse or misuse of firearms, including the impact of homicide and suicide on families, communities and the country; and a demonstration that the applicant knows how to lock, load, unload, fire and store a firearm before an instructor certified by a law enforcement agency.

“OSSA is aware of no course in Oregon that has covered all these specific training requirements,” Myers wrote to the court.

The sheriffs association “does not believe that anyone in the state will be able to certify that they have received training on each of these very specific subjects at this time,” he added.

The sheriffs association and others now provide training required to get a concealed handgun license, but none address all the required training topics under Measure 114, according to Myers.

The sheriffs association had opposed the measure when it went before voters.

The sheriffs association has since organized a workgroup to recommend how best to put in place the required training, Myers wrote to the court.

“Because it is unlikely that anyone can provide certification of training on these specific requirements, every person, including law enforcement officers wishing to obtain a permit, will first have to complete training that does not yet exist,” Myers wrote.

Some smaller police agencies require their new officers to buy their own guns for use as duty weapons, wrote Campbell, of the chiefs of police association. But new officers won’t be able to buy a handgun without first getting the training and then a permit to make a purchase, Campbell wrote.

“This is likely to cause serious disruption to some of our member agencies whose officers cannot obtain the necessary firearms to perform their police duties,” Campbell wrote. “At this moment, (the Oregon chiefs of police association) believes that there is no way a permit system using municipal police departments as the permitting agents can be operational by December 8th.’’

Last week, Eugene Police Chief Chris Skinner, president of the Oregon Association Chiefs of Police, told The Oregonian/OregonLive that the association had invited chiefs to a Zoom meeting on Nov. 22 to discuss what’s needed for local police agencies to process applications to buy guns. He said the police chiefs have a lot of unanswered questions. The association forwarded the chiefs’ questions to the Oregon Department of Justice to try to get some guidance and clarity, he said.

Immergut heard two hours of argument Friday, with much of the discussion centered around the measure’s ban on magazines with more than 10 rounds. Little discussion occurred in court about steps taken by the state to support a permit-to-purchase gun program.

The judge has given parties to the pending four federal lawsuits until noon Monday to submit any friend of court briefs in support or against the pending motions for a temporary restraining order. She also said it’s entirely within her discretion the extent to which she considers any friend of the court briefs.