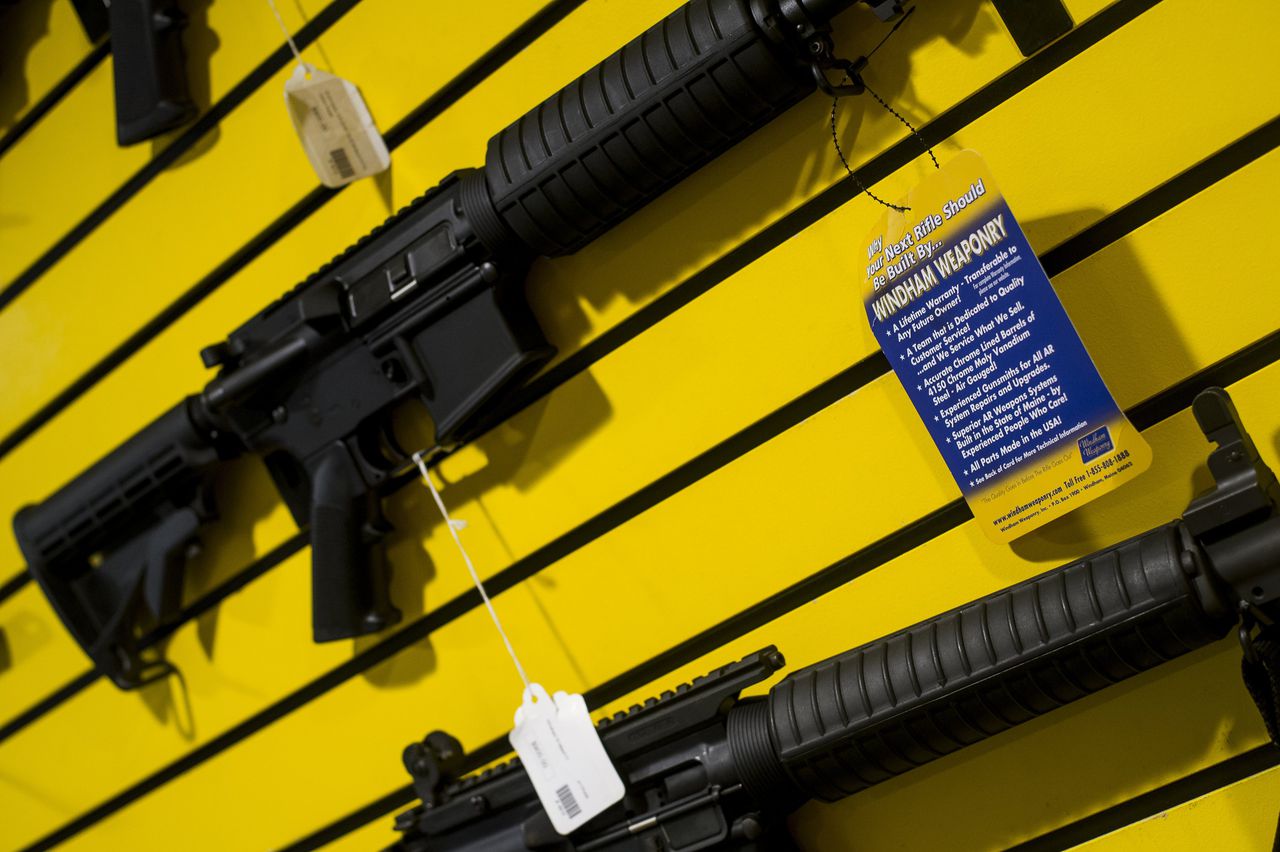 Oregon’s strict new gun control limits will go into effect Thursday as things currently stand. However, that could change as early as Monday.

A federal judge last week heard arguments on the first court challenge to Oregon Measure 114. After a two-hour hearing, U.S. District Judge Karin J. Immergut said she’ll issue a written ruling early next week on whether to grant a temporary restraining order or allow the measure to take effect as scheduled Dec. 8.

Meantime, Oregon State Police announced that any background check not resolved by Thursday would be held in place until a prospective gun buyer completed the permit requirement put in place by Measure 114. Then, OSP said, the background check process would resume.

Any checks that aren’t completed by midnight Wednesday will be put on hold and will await the purchaser’s proof of a new permit to buy a gun, state police said Friday. Once that is obtained, the firearms background check will resume.

Stores like Cabela’s in Tualatin are reporting more gun sales than usual.

The store can handle about 80 people a day for gun sales. He said there was a line of 50 people at the door by 5 a.m. and the queue was full for the day by the time the store opened at 9 a.m.

If the measure becomes state law, Oregon Senior Assistant Attorney General Brian Simmonds Marshall told the judge, Oregonians will be able to apply for a permit to purchase a gun on Thursday. Marshall represented Attorney General Ellen Rosenblum, whose office is defending the measure’s constitutionality.

The courtroom’s public gallery erupted with laughter at Marshall’s pledge, as many gun rights advocates have been skeptical that the state police or local sheriffs can have a functioning system in place in such a short period of time.

Many law enforcement authorities have said they are working diligently on a system but do not see any way to have fully operational before the law’s enactment date. Additionally, they say the permit system will take resources away from other policing functions.

But the initial permitting process will be a “manual paper process,” including a return to the use of paper fingerprint cards. State police don’t have “Livescan machines,” that many local police and sheriff’s agencies own to scan fingerprints.

The Oregon Firearms Federation, three county sheriffs and two gun store owners from Keizer and Pendleton filed the first challenge to the broad measure last week. That challenge was the subject of Friday’s hearing.

Two other suits followed soon after, one from the Bellevue, Wash.-based Second Amendment Foundation and another by the Oregon State Shooting Association, the state’s affiliate of the National Rifle Association.

A fourth suit brought by the Sportsman’s Warehouse Inc. and a Yamhill County gun owner landed by the end of Friday. The newly filed Sportsmen’s Warehouse suit took aim mainly at Measure 114′s permit-to-purchase requirement. It urges the court to bar the measure from going into effect “unless or until the permit system is up and running.” If the state lacks a system to implement it, it will become a “defacto ban’’ on firearms sales in Oregon, its attorney James Buchal wrote in the suit.

One flashpoint is the measure’s ban on magazines over 10 rounds unless they are owned by law enforcement or a military member or were owned before the measure’s passage. Those who already own high-capacity magazines can only possess them in their homes or use them at a firing range, in shooting competitions or for other recreational purposes such as hunting, as allowed by state law after the measure takes effect.

Many Oregon sheriffs have said, if this provision becomes law, they would not place a high priority on enforcing it.