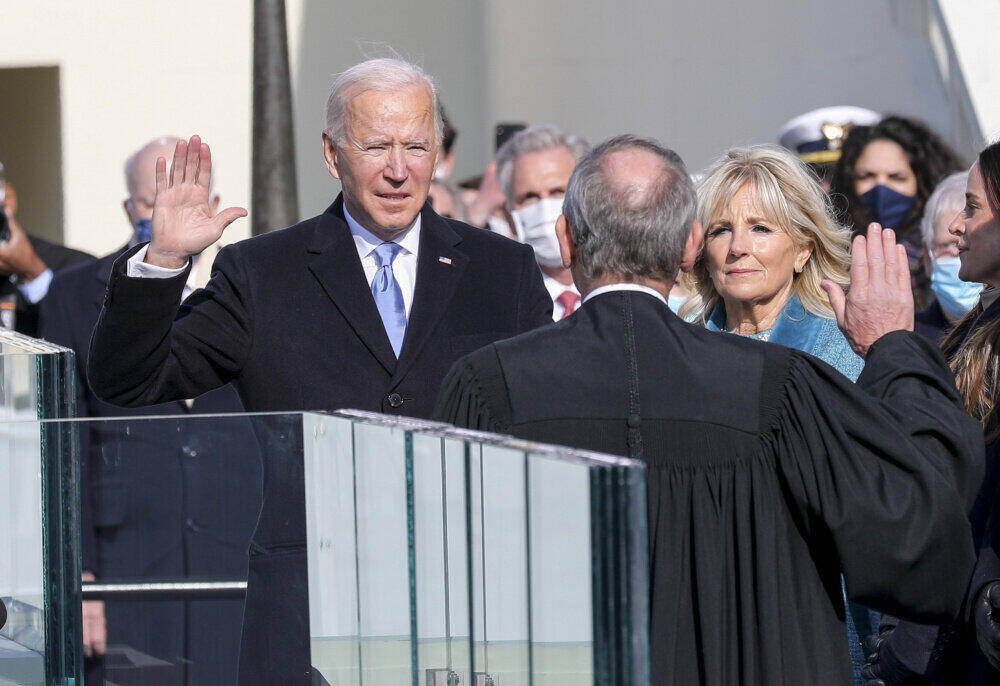 The woman or man we elect every four years to wear the label of “President of the United States of America” has many duties, many responsibilities. She or he is a public servant, and their most important promise is contained in the oath of office, summarizing her or his entire reason for being allowed to live in the White House.

Why We Have a Supreme Court

The third branch of our government, the judicial branch, was created with and for a single purpose: to ensure that all laws, rules, and regulations are within the purview of the Constitution. It was and is considered the most important document ever written, defining the reason for the very existence of the United States: the protection of human and individual rights.

Ignoring the Constitution for Four Years

Between January 20, 2017, and January 20, 2021, Donald Trump, his administration, and his supporters committed thousands of Constitutional violations, including the most egregious ever committed, sedition and treason.

This is why Trump is now suggesting the Constitution be shredded, virtually ending America once and for all.

A Fascist Lived in the White House: Never Again

Trump is a fascist who would institute a new nation run by an autocrat, himself, where all decisions would be made by plutocrats, enslaving the majority of 331 million people.

Trump’s demands are based on the evils of social media, the only way he communicated with “his people” for six years. When twitter banished the orange bully, he created his own, widely unsuccessful, social media he calls “truth social.”

Matt Taibbi, a not-so-respected journalist who supports the views of right-wing supremacists, including Q’Anon, recently posted the following on Twitter.

18. Twitter took extraordinary steps to suppress the story, removing links and posting warnings that it may be “unsafe.” They even blocked its transmission via direct message, a tool hitherto reserved for extreme cases, e.g. child pornography.

https://t.co/j4EeXEAw6F can see the confusion in the following lengthy exchange, which ends up including Gadde and former Trust and safety chief Yoel Roth. Comms official Trenton Kennedy writes, “I’m struggling to understand the policy basis for marking this as unsafe”: pic.twitter.com/w1wBMlG33U

Trump’s Obsession with the Bidens

Because Taibbi was referring to the over-reported and unsupported claims against Hunter Biden, Trump hurried to respond with the most ludicrous and anti-American statement every made by any politician, including the likes of Joseph McCarthy.

Trump’s predictable first response was declaring — in all caps — “MASSIVE & WIDESPREAD FRAUD AND DECEPTION” and claiming there were only two options: either throw out the 2020 presidential election results and declare him the winner or have a new election.

He then went a big step further, writing: “A Massive Fraud of this type and magnitude allows for the termination of all rules, regulations, and articles, even those found in the Constitution. Our great ‘Founders’ did not want, and would not condone, False & Fraudulent Elections!”

This is hilarious, considering the fact that Trump denounced and violated the Constitution from June of 2015 until today.

Trump Would Save the Second Amendment

Trump does believe in the Second Amendment, he has to. The NRA gun lobby donated millions of dollars to his campaign, and continue to funnel money into his personal bank account. On January 6, 2021, he knew that “his people,” the men and women he sent to halt the certification of the Electoral College vote, were armed and were planning a violent insurrection he organized and executed. It was Trump who ordered the murder of Mike Pence, Nancy Pelosi, and others.

Trump is a bully and a coward. He has others do the “dirty work” for him, while he receives the benefits of their illegal and immoral actions. His followers are ignorant and do not believe in the principles of the United States of America.

Our Nation Was Saved by Voters in November of 2020

Finally, if Trump had won reelection in 2020, he would have shredded the Constitution, and replaced it with a manifesto similar to one of his personal hero’s own, “Mein Kampf.”

By James Turnage, Author of “DOING THE RIGHT THING FOR GOD AND COUNTRY”