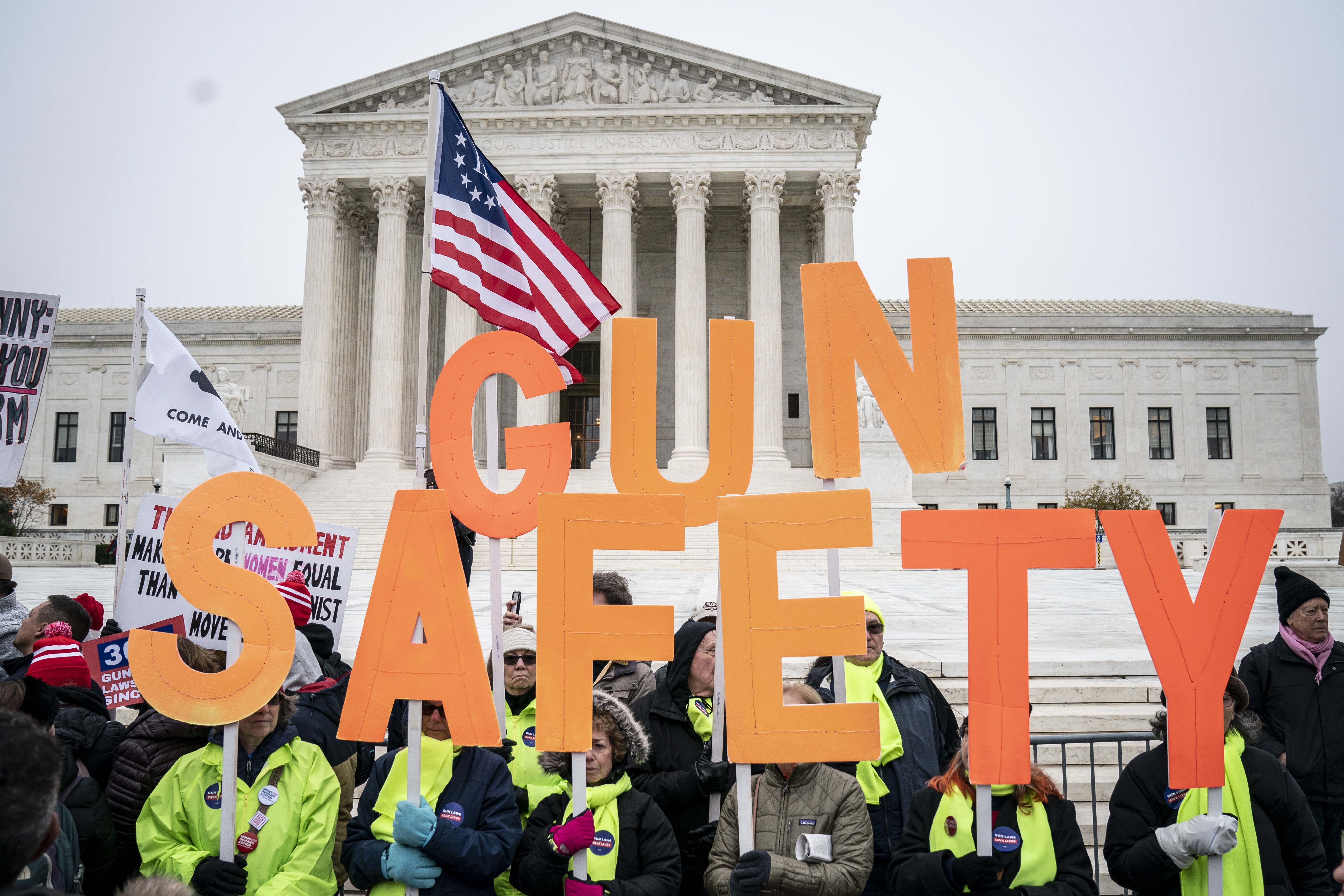 But the new law did not include a ban on access to such firepower. Instead, it enhances background checks for gun purchasers under the age of 21, encourages states to implement so-called red-flag laws that enable temporary confiscation of guns from people deemed too dangerous to have them, and strengthens laws against straw purchasing and trafficking of guns. Unfortunately, background checks and red-flag laws are easy to evade in a nation in which 19 states and nearly 900 counties have adopted some form of “Second Amendment Sanctuary” law or resolution. The end result of this movement is that in 61 percent of U.S. counties, existing federal and state gun laws are unlikely to be enforced.

Despite strong popular support for an assault weapons ban, mass shootings continue unabated in America, with more than 600 occurring thus far in 2022. Our current moment of inability to stop obscene, senseless gun violence and the increasingly deep division between states that want and enforce restrictions on guns and those that don’t and won’t is reminiscent of an earlier period in our nation’s history: the 1850s.

The parallels, though rough, are telling. In the 1850s, opposition to slavery accelerated in the North, but the original structural accommodations to slavery produced a stalemate and politicians were not able to curtail it. Then as now, there was a growing disconnect between the polity and politics. We should think long and hard about where that could lead.

Many Americans assume that the antebellum debate over slavery was a moral one. But in her expansive history of abolition, scholar Manisha Sinha shows that abolitionists’ moral arguments were never enough to end slavery. Instead, in the 1850s much abolitionist argument turned from the realm of religion, or moral and political philosophy, to constitutional interpretation.

But constitutional argument, too, was unable to advance abolition because the Supreme Court upheld the Founders’ original compromise to slavery. For example, the Court enforced the constitution’s fugitive slave clause against northern states that tried to protect free and escaped Blacks from enslavers. And in the Dred Scott case, the Court excluded Black people from U.S. citizenship and tried to settle the question of slavery for all time, denying Congress the power to stop its expansion to western and northern territories — an accelerant to civil war.

Similarly, in the debate over gun regulation, moral arguments, appeals to the sanctity of life, especially of children, have not resulted in solutions that actually stop mass killings. And the Supreme Court, as in Dred Scott, has imposed its will, contributing to Second Amendment absolutism. In 2008 it bypassed the words “well-regulated militia” to strike down a strict local gun law and enshrine for the first time an individual right to bear arms for self-defense in the home. Then last June, emboldened conservative justices expanded rights for gun owners; in New York State Rifle and Pistol Association v. Bruen, the Court established a constitutional right to carry firearms in public. And it denied the State of New York the ability to insist that applicants for a license to carry a concealed weapon show a special need for self-protection in public spaces.

The Court issued this imperious decision at the same time Congress was enacting its new bipartisan gun reforms. State political actors that try to promote gun safety are now bearing its brunt. The case has unleashed scores of lawsuits by gun enthusiasts against state and local gun restrictions. Lower courts have invoked Bruen to halt laws that had been viewed as constitutional, including a local assault weapons ban, a restriction on homemade firearms and Texas’ ban on 18-20 year-olds carrying handguns publicly.

Abolitionists, too, were boxed in. In the 1850s, as moral and constitutional arguments failed, they moved to politics. Disparate northern bedfellows who opposed slavery ranged from racist “free soil” advocates who wanted to keep Blacks out of their states and not compete with free labor, to Radical Republican abolitionists who supported Black equality. The political argument that gained traction among northerners was the unifying idea of “Slave Power” or “slavocracy,” in which the country was governed by a small class of southern planter-elites.

But antebellum politics was gridlocked by systems and narratives that had perennially accommodated slavery. In particular, the Constitution’s “3/5ths clause” and the allocation of two senators to all states gave disproportionate power to small-population southern states. Incapable of ending an admitted evil, all effort at containing or reforming it stymied by political polarization, this led to more compromises that extended its life.

This cycle ended only with a war that killed more than 600,000 people.

Will it take civil war for us to become a nation that protects innocents from being sprayed with bullets? We are already in an uncivil culture war in which attacks on books, teaching accurate history, transgender children, drag queens and more are modern versions of an old politics of stoking fear and resentment among white voters about their purported loss of dominance. According to communications scholars, right-wing politicians now tote guns in campaign ads to appeal to whites and pro-gun politics are a continuation of the decades-long Republican southern strategy of cultivating white racial solidarity.

So many GOP politicians have accommodated and competed for base voters by loosening gun restrictions, not unlike the way national law was bent to accommodate the interests of enslavers from the Founding to the Civil War or the way Democratic candidates competed for white voters in adopting ever more ridiculous Jim Crow laws in the 19th and 20th centuries. This political performance art has incited and enabled violence that politicians can’t control, as well as attacks on government, as seen on January 6, 2021. Like the KKK of old, self-declared militias of today are not well regulated. Extremist groups, mainly in open-carry states, now wield guns to deny the election results of 2020 or counter free expression by Black people, LGBTQ+ people, abortion advocates and others they disagree with.

Our constrained democracy seems as incapable of stopping mass killings now as it was incapable of stopping slavery then. Congress requires a supermajority to pass anything because of regular use of the filibuster in the Senate. Since Sandy Hook, Democrats and Republicans have sorted into separate geographic regions and extreme partisan gerrymandering ensures disproportionate representation in Congress by the gerrymandering party rather than alignment with popular will.

An assault weapons ban passed the House this year largely on a party-line vote, but because of the filibuster, such a ban requires 60 votes in the Senate and won’t advance. It’s also not likely to pass the House in the next Congress in which House Republicans will have a slight majority. Democrats no longer cower to a weakened National Rifle Association, but with a bare majority in the Senate and many GOP politicians beholden to extreme base voters, gun safety advocates will be forced to keep fighting this battle for years if not decades.

In a nation with more guns than people and an estimated 20 million AR-15-style weapons in circulation, violence is a constant specter. But the lesson of the 1850s isn’t that violence or civil war is inevitable, it’s that when moral and constitutional argument fail, politics has to take over.

Those who wish to ban assault weapons should look to the abolitionist movement for inspiration. Anti-slavery visionaries like Frederick Douglass and Thaddeus Stevens embraced politics as their means and agitated for more, not fewer, people being allowed to participate in democracy in order to make our founding ideals of freedom true for all people. When it comes to freedom from fear of gun violence, our best hope is to bolster and repair democracy itself so that the popular will can ultimately prevail.