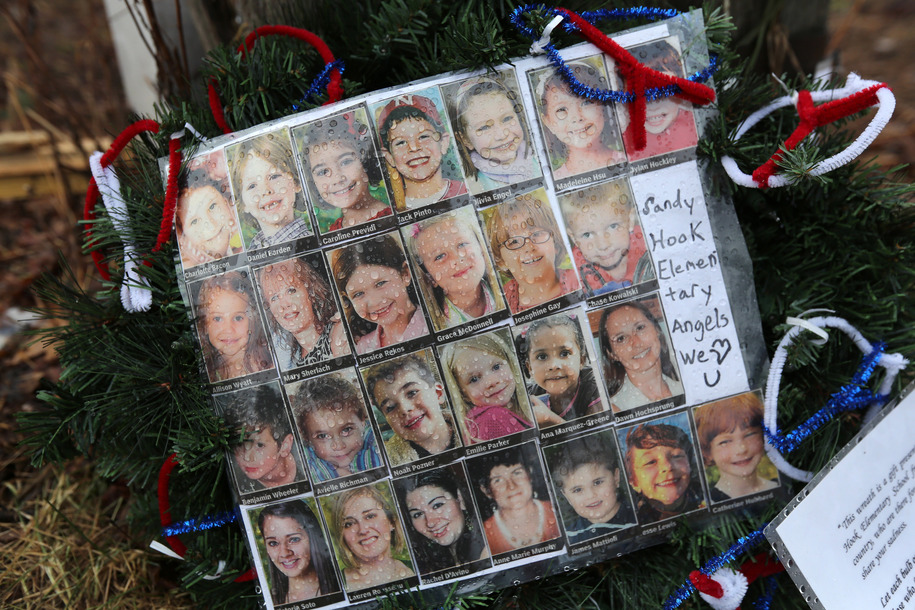 Hensel tells NPR that simply surviving the last 10 years has been monumental in her life. She has since had two children: Owen, now 6, and Imogen, 8.

“I honestly think that’s quite a remarkable accomplishment. I feel like I’m living again, which I wasn’t for a really long time. And I needed to do that for my children.”

According to the Sandy Hook Promise website, 12 children die from gun violence in America every day, while another 32 are shot and injured.

In his remarks Wednesday, President Joe Biden recounted what his administration has done to move the needle forward on gun violence.

“A few months ago, I signed the Bipartisan Safer Communities Act into law. We’ve reined in so-called ghost guns, which have no serial numbers and are harder to trace. We’ve cracked down on gun trafficking and increased resources for violence prevention. […] I am determined to ban assault weapons and high-capacity magazines like those used at Sandy Hook and countless other mass shootings in America,” Biden said.

But, try as he may, the National Rifle Association (NRA) has had a chokehold on this nation for decades, even though, according to a poll by the University of Chicago Harris School of Public Policy and The Associated Press-NORC Center for Public Affairs Research, 71% of Americans say they want stricter gun laws—including Republicans.

In February, the families of Sandy Hook reached a $73 million settlement with Remington, the manufacturer that made Lanza’s weapon, the Associated Press reports.

In October, a jury awarded a total of $965,000,000 in compensatory damages to 15 plaintiffs in three separate defamation cases against conspiracy theorist Alex Jones, host of InfoWars and the notorious monster who claimed the families of Sandy Hook victims were faking the deaths of their children.

But the reality is that all the money in the world won’t bring back those children, and as much as the GOP offers its “thoughts and prayers,” until real laws are passed to prevent people from legally and easily buying an AR-15—a literal weapon of war—nothing will change.

“To the rest of the world, it is definitely like, ‘Wow! So much time has passed.’ But to me, it’s another f—— day that we don’t get to have our kids,” Francine Wheeler, who lost her 6-year-old, Ben, at Sandy Hook, tells NPR. “It’s just another day. And we just keep moving forward the best we can.”

It isn’t just the families of the children murdered who’re impacted by gun violence. What about law enforcement and other first responders who walked into Sandy Hook and witnessed the aftermath?

According to the CT Mirror, millions of dollars have been put toward the mental health of first responders and teachers—many are still getting help today—and many have retired. Humans cannot mentally or emotionally process this kind of tragedy, so most are left with some permanent element of post-traumatic stress disorder or PTSD.

In November, a new elementary school was built in Newtown to replace the one torn down after the shooting. Nearby, a memorial to the 26 victims opened.

America should be ashamed of itself. This dogged hold on the 2nd Amendment is killing children in the nation more often than cancer. We need to demand our lawmakers do better.