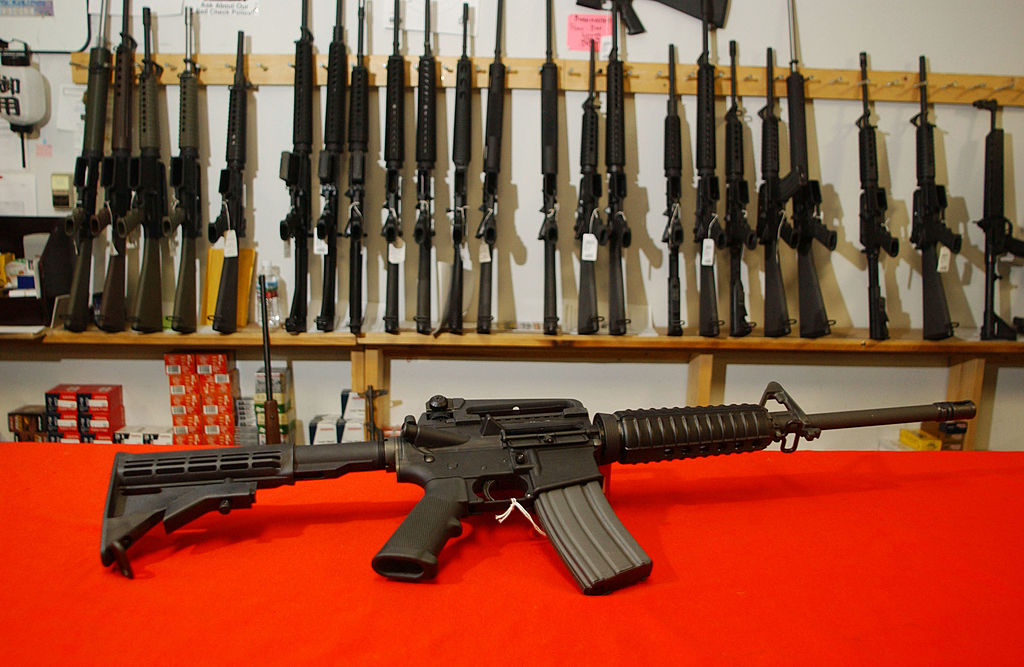 That was most evident in the testimony from gun right’s groups.

“I’m here to tell you that if House Bill 5855, or anything remotely like it passes, we will see you in court,” Todd Vandermyde, a former NRA lobbyist said.

At the third hearing for Representative Bob Morgan’s (D-Deerfield) bill that would ban semi-automatic firearms statewide and raise the legal age of gun ownership to 21, law enforcement experts testified on the current statistics of firearms. Past hearings included survivors of mass shootings and violence prevention experts.

Cook County Sheriff Tom Dart said the gun problems in the county have never been worse.

“It used to be routinely, we would have pull cars over, there’d be no guns in the car,” Dart said. “Now, it’s the exception. Everybody has guns. They’re everywhere.”

He said those guns are more powerful than what officers carry. He supports banning them.

“It’s making protecting our neighborhoods more difficult and dangerous for all our police officers,” he said. “And it’s making residents feel more unsafe.”

“It’s obviously a game of inches, when you’re talking about how many firearms you’re trying to stop getting into the stream of trafficking, where they ultimately are used to commit crimes,” Kelly said. “But a large chunk of that a huge piece of that are stolen firearms. The enforcement regime and the way we track stolen firearms that have consequences for the transfer of the stolen firearms is somewhat lacking.”

“I’m here to tell you that the gun owners are tired of being blamed for every madman, every criminal and every other depraved act the 2,500,000 gun owners didn’t do,” Vandermyde said.

They argue bans on semi-automatic rifles violate the second amendment, and the Supreme Court has a precedent of overturning bans similar to the proposed bill.

“This bill is dangerous and places an undue constitutional burden on a person’s ability to provide for their self-defense,” John Weber, a lobbyist for the National Rifle Association in Illinois, said. Morgan’s bill is expected to be voted on by the Illinois General Assembly during the lame duck session during early January 2023.