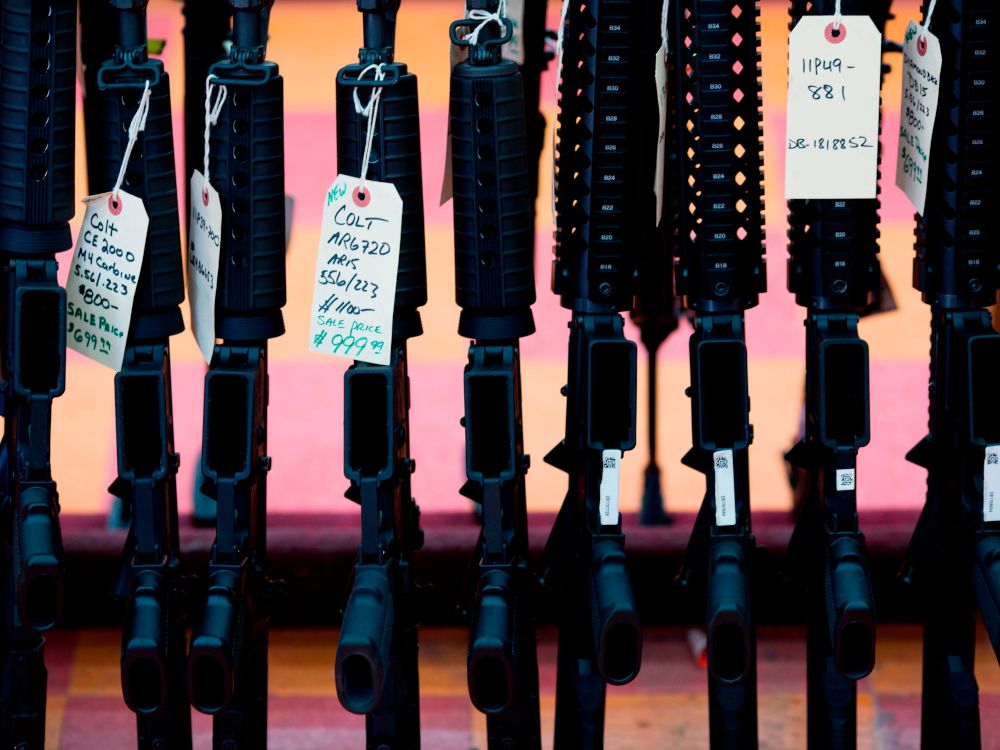 Prime Minister Justin Trudeau recently conceded that it is up to society to figure out how to define an assault weapon, saying that, “There are people who will have, right now, guns that are on the line, that are probably more powerful or more convenient than you’d really need for hunting … as a society, we have to figure out where that line is going to be.”

Finding the line of what constitutes an “assault-style” weapon in something his government has been trying to do since 2019, when the Liberals pledged to ban them. As someone who has studied and written about gun control, including assault weapons, for half a decade, I felt I would be well placed to take a shot at it.

The NP Comment newsletter from columnist Colby Cosh and NP Comment editors tackles the important topics with boldness, verve and wit. Get NP Platformed delivered to your inbox weekdays by 4 p.m. ET.

What exactly is an assault weapon, or “assault-style” weapon, as the government has labelled them? For many of us, an assault weapon is like pornography, it may be hard to define but you know it when you see it. Yet laws cannot be based on impressions or understandings. Definitions are needed.

While the military has its own definition of an assault weapon, applying the term to some semi-automatic rifles owned by civilians dates back to advertisements run by American gun manufacturers. This was quickly picked up by gun-control advocates who were frustrated that the United States was having so much trouble regulating handguns, which are responsible for the vast majority of gun crimes in America.

These advocates, led by Josh Sugarmann of the Violence Policy Center (VPC), felt that popularizing the term “assault weapon” could create momentum for gun control. In a document that’s still publicly available on its website, the VPC argued that:

“The weapons’ menacing looks, coupled with the public’s confusion over fully automatic machine guns versus semi-automatic assault weapons — anything that looks like a machine gun is assumed to be a machine gun — can only increase the chance of public support for restrictions on these weapons.”

From its inception, the term “assault weapon” was meant to mislead the public. And it worked, helping spark the U.S. government under President Bill Clinton to ban the manufacture of civilian assault weapons.

But in 1994, when the American government brought in the ban, it had similar difficulties defining the term. In the end, the definition was based on arbitrary cosmetic characteristics. The ban was in force for a decade, and no one since has been able to link it to any meaningful reduction in gun crime.

To their credit, the Trudeau Liberals have finally put forward a definition of what they consider to be an assault-style weapon, in the form of an amendment to Bill C-21 that was introduced late in the committee stage. In addition to a laundry list of guns, the ban also prohibits any semi-automatic centerfire rifle capable of using removable magazines, which is virtually all of them.

Unfortunately for them, this list captures many firearms commonly used by hunters, including Indigenous sustenance hunters, to put food on their tables. Not a good look for a government seemingly committed to reconciliation.

As American scholars have noted, the danger that semi-automatic weapons pose lies in their high-capacity magazines — devices that have been banned in Canada since the early 1990s. A semi-automatic rifle with a five-round magazine poses no more threat to the public than other commonly available firearms. The guns being used by criminals in Canada are largely handguns coming into the country illegally from the United States, where there are more guns than people.

Three years of playing word games with the Canadian public has finally caught up with the prime minister. It is time for the government to stop chasing shadows and get serious about tackling the root causes of criminal violence.

Noah S. Schwartz is a professor of political science at the University of the Fraser Valley and author of “On Target: gun culture, storytelling, and the NRA.”

Illinois Judge Issues Second Block on ‘Assault Weapons’ Ban
Moms Demand Action Founder On Gun Laws, Stepping Away And Why Women Can Force Change
How do you win voters over on gun control? Start a TV campaign
Veterans sue Biden administration over new gun restriction
Newsom Calls For More 2A Rights to Be Revoked