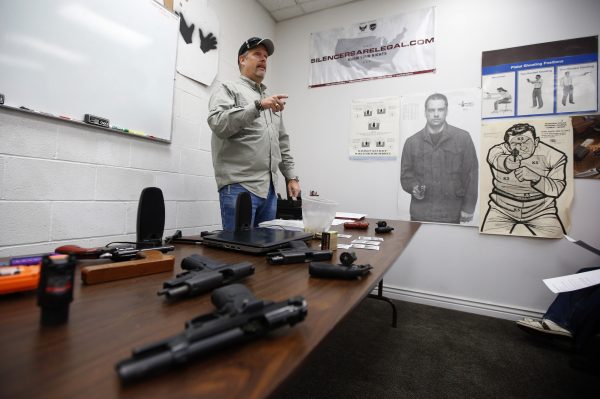 Impact of a self-defense shooting can be felt long after the incident is over, experts say

Kevin Michalowski has some unequivocal and sincerely held views on the purpose of the Second Amendment.

Background check requests for gun sales, as reported by the FBI’s National Instant Criminal Background Check System (NICS), gun sales have almost tripled in the last 20 years. In 2000, according to the webpage SafeHome.org,  7.5 million requests were made. That number peaked in 2020 at 21.6 million, dropping to 18.8 million in 2021.

Studies indicate that Americans use guns in self-defense between 65,000 and 2.5 million times yearly. Exact figures are difficult to find because many incidents go unreported. Still, there is no doubt that people want to defend themselves, their families, and their property.

This is something Michalowski wholeheartedly supports. He cautions, however, that individuals should carefully consider their choices. From the type of gun purchased, to the decision to use the weapon, to the choice of attorneys—after a shooting incident that can, and likely will, carry lifelong consequences.

Lt. Col. Dave Grossman agrees. He is a retired Army psychologist, public speaker, trainer, and author whose seminal work, “On Killing: The Psychological Cost of Leaning to Kill in War and Society,” is required reading for many in the military and law enforcement communities.

In “On Killing,” Grossman explores the psychology of killing and what happens when a balanced and well-adjusted person takes another person’s life.

According to Grossman, popular culture, video games, music and film, and a shallow news media have given a false sense of what actually happens when one person kills another. In “On Killing,” he wrote, “. . . for the most part we are given James Bond, Luke Skywalker, Rambo and Indiana Jones blithely and remorselessly killing off men by the hundreds.”

Life Is Not a Movie

Grossman points out that while violence is part of popular culture and becoming a bigger problem in society, it is still unusual for anyone to be a victim of violent crime.
“Violent crime is still an outlier. Less than one in 1,000 people will attempt to take a life,” Grossman told The Epoch Times.

The reason for this is in our nature; it’s ingrained in our very being. On the predatory scale, humans are in the middle, he said. We have the cutting and tearing teeth of a carnivore and the grinding molars of the grass feeder—the human being’s primary weapon for survival is the mind and teamwork.

“A man alone in the wild is a snack; in a group, he’s a predator. Our strength lies in our group, our community,” Grossman said.

Because of this pack mentality, this intuitive dependence on one another, the thought of taking another human life is taboo.

“It is not right to kill our species. When a human being attempts to take that action, that is just wrong.”

The one exception, Grossman noted, is when one is protecting one’s family—especially children. A person may be deeply affected by the traumatic circumstances of a self-defense shooting. Still, those who have saved their loved ones from harm or death often feel a sense of accomplishment.

He told the story of a woman who killed an ex-con who entered her home seeking to kill her husband, the police officer who had put him in jail. As frightening and challenging as that was, she told Grossman she protected her family.

“She told me, ‘I never lost a second of sleep.’” Grossman said.

Both men said those who would arm themselves must be prepared. This means training in tactics, knowing your weapon, understanding the laws in your state, and being ready for the event’s aftermath.

Michalowski said the obvious first step is the choice of weapon. He warned against trusting advertising or selecting what appears to be popular or new. Ultimately, the old cliché is true, the best gun to carry is the gun you will carry. In this vein, Michalowski said the gun shopper should look at various options.

The first thing to consider is how the gun will be used. Will it be carried in a holster all day or kept handy somewhere in the house? Will it be stored in a vehicle or carried in a purse, briefcase, or bag? Is it a caliber the owner can shoot comfortably?

Of course, the new gun owner should learn how to handle and store the weapon safely. Not only should they learn the basics of firearms safety, but they should become intimately acquainted with their gun’s specific features. Organizations like the National Rifle Association, Gun Owners of America, and others offer classes.

Michalowski said training and practice are vital if one wants to be prepared for a deadly force situation.

“Your body cannot go where your mind has not been,” he said.

Grossman said this preparation must include real-world scenarios. He recommends using man-shaped silhouette targets when at the firing range. Consider all the places in which an actual situation may arise and what the best response would be in each one.

Michalowski said it is a good practice to mentally think through “what if” questions.

The USCCA’s first recommendation is to avoid conflict when possible, he said. There are few legal ramifications from a gunfight that doesn’t happen. So, he recommends leaving a dangerous situation as quickly as possible. But, there are also things the gun owner should be aware of if escape is impossible—such as, how the human body reacts to stress.

Will It Be ‘Fight or Flight’?

When in a high-stress situation, the average person will experience several physiologic and emotional responses. When a person senses danger, their body releases adrenalin and cortisol, preparing it to deal with the perceived threat with the “fight or flight” response. This often manifests in elevated blood pressure, sweating, shaking, and increased anxiety.

Grossman said it is common for someone in this state to feel like time has slowed. They may be unable to hear or see surrounding activity as they focus entirely on the danger in front of them. This may make it difficult for them to remember what happened when asked questions later. He said that, at that moment, it is too late to decide what to do.

That is why training is so important. Both men said the military and law enforcement train to develop “muscle memory.” By determining the best course of action before trouble comes, they hope to override the flight reaction and deal with the situation.

“The goal [of training] is to build confidence,” Grossman said. “Your ability to survive psychologically is tied to the training you had before.”

Michalowski agreed. He said a person who is appropriately trained would know what they are going to do, and why they will do it. This includes knowing what they can do legally and their true objective when they use a gun in self-defense. While the laws in each state differ, most follow a similar principle.

“Legal justification in most states is to stop any action that has caused or imminently threatens to cause death or great bodily harm,” he said.

Object Is to Stop the Threat

Michalowski stressed the word “stop.” While a person may die due to deadly force, death is never the intention.

“We intend to stop the threat. We just want the person to stop,” he said.

And, once that threat has been stopped, he said it is incumbent on the gun owner to stop applying force. Any force applied after the danger has been eliminated can be considered assault. It may be tempting or emotionally gratifying to continue the fight after the threat ends, but the person who does that is running a serious legal risk, Michalowski said.

“You must stop using force, or you become the aggressor.”

And this is important because once the immediate threat has ended, the legal threats may be just beginning.

“At this point, we call 911 and wait for the police to come to investigate,” said Michalowski.

Be Prepared for the Investigation

Shane McSheehy is the Chief of Police for Pella, Iowa. He has more than 26 years of law enforcement experience and is an expert witness for law enforcement issues with The Expert Institute.

He said new gun owners must “do a deep dive” into their state’s deadly force laws. Where can a person legally carry a firearm? Does the state have a duty to retreat provision, or is it a castle doctrine or stand-your-ground state? How does a gun owner know when they can legally use deadly force?

“You want to save your life or someone else’s,” McSheehy said. “But you don’t want to cause yourself legal headaches.”

Michalowski said the first thing to do after a shooting incident is to call 911 for police and an ambulance. McSheehy said that most 911 operators are trained to help the caller remain safe while getting as much information as possible. Cooperating with the operator will go a long way to making the interaction with the police go as smoothly as possible.

It may be tempting to arrange the scene or move things to make it easier for officers to see what may be evidence. McSheehy said this could be construed as trying to alter the scene or hide evidence. It’s best to leave things are they are. The police will determine what happened from the evidence they find.

He said it’s also essential to keep your hands visible and to follow the officers’ directions. This may mean being handcuffed or placed in a police car while officers sort things out. McSheehy said it’s essential to remain calm.

Cooperate, but Protect Yourself

“You need to make every effort you can to ensure officers know what’s going on,” he said.

Once the police have secured the scene, they will begin gathering evidence. They will likely take any firearms at the location and other property. McSheehy said it’s important to remember that the police have a job to do, and attempting to argue your case or explain things won’t necessarily work in your favor.

“There are three sides to every story, and you are just like everybody else. You’re a suspect in a criminal investigation. Yes, you want to cooperate, but at the same time, you want to protect your own interests,” he said.

Michalowski said that is why USCCA was started. He said the aftermath of a deadly force situation is stressful enough without worrying about mistakes you might make because you are frightened or upset.
“Tell the police, ‘I will make a full and complete statement after I talk to my attorney,’” Michalowski said.

Police Get Time, So Should You

He and McSheehy pointed out that police officers involved in shooting incidents are given 48 hours before they are questioned. This allows them to settle down and collect their thoughts to make an accurate and coherent statement. It also gives them time to seek legal counsel and to prepare to cooperate with investigators. Michalowski said if trained law enforcement officers need this time, it should not surprise anyone that a civilian would too.

Michalowski also pointed out that a shooting investigation is only closed if a court renders a verdict. If the district attorney or a grand jury decides the shooting was justified, no charges will be filed, but that case will likely remain open. This is because new evidence may prompt police to reopen their investigation.

“It’s essential to get help if you’re involved in a situation like this,” he said.

“It’s not something anyone should have to go through alone.” 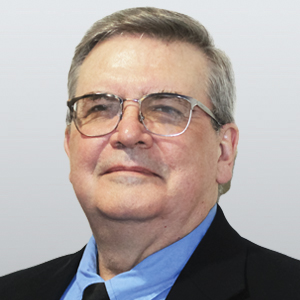 Michael Clements has more than 30 years of experience in print journalism, having worked at newspapers in Alabama, Florida, Texas, and Oklahoma. He focuses mainly on the Second Amendment and individual rights. He is based in Durant, Oklahoma.