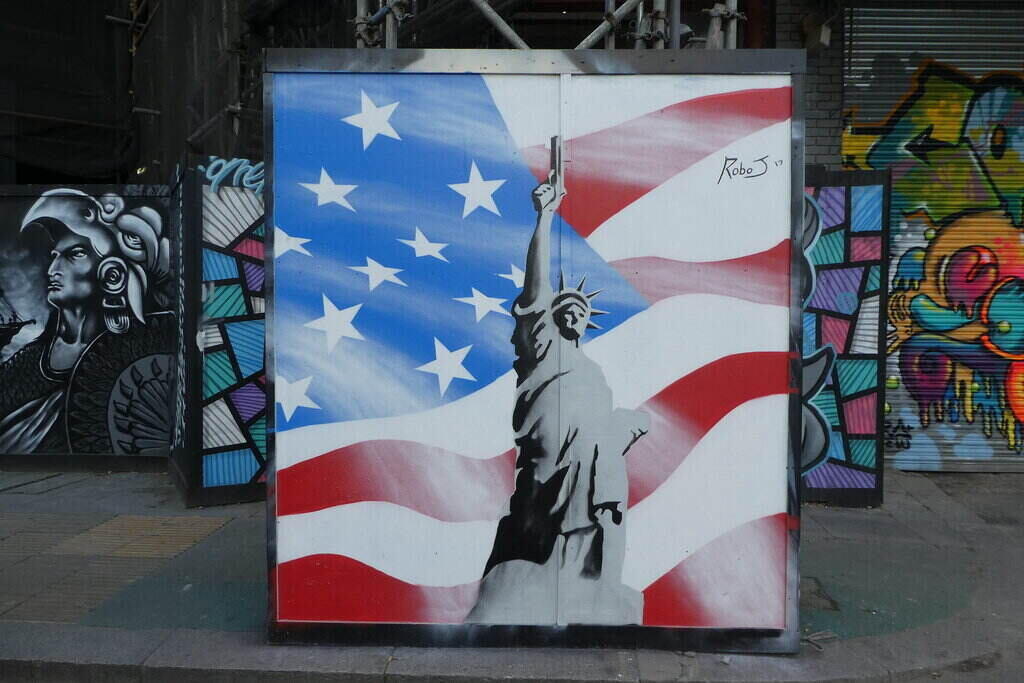 I join millions of other Americans in denouncing the free and virtually unrestricted sale of weapons of mass destruction in America. There is no excuse for the fact that white, domestic terrorism is the greatest danger to the American people in the 21st century.

I am also opposed to the gun nuts, the NRA, and gun sellers and manufacturers hiding behind the Second Amendment. Therefore, I join millions of others who are demanding the repeal of the 2nd Amendment and writing a new law that makes sense in the 21st century. The safety of the American people should be priority number one.

Our Courts are Corrupt and in Collusion with the Profiteers

On Friday, another biased and corrupt court of appeals removed the ban on “bump stocks.” If you don’t know what they are, look back to October 1, 2017, when a lone gunman, armed with a dozen military assault rifles and bump stocks which convert them into automatic weapons, slaughtered 58 innocent men and women attending a concert in Las Vegas.

Don’t tell me this is a protection guaranteed by the Second Amendment. Anyone who believes this is the law is full of s**t and an idiot. This court is protecting mass murderers and the NRA, not the American people.

The truth is even more menacing and unforgivable. Anyone who defends the sale of military-style weapons and high-output magazines is a criminal who cares more about profits for corporations than the safety of 331 million Americans.

I am an old man who is 76 years old. After what I’ve witnessed in my lifetime, I believe that there should be a ban on all handguns, military-style rifles, and high-output magazines and shotguns. I have no argument with hunting rifles, but I adamantly and angrily believe that it is time for common sense and the end of gun violence in America. The slaughter of more than 40,000 Americans each year with a gun, mostly women and children, must stop now. It is unreasonable to know that our own people are a greater danger to the safety of the majority than any extremist foreign terrorist group. Anyone who does not agree with me is a moron, and I stand by that statement without reservation.

Americans Must Begin to Use their Brains and Abandon their Emotions

I believe that I live in a nation where chosen ignorance is the greatest problem and presents a danger that could end the existence of America forever. This country was created by the dreams of men who left an oppressive country ruled by an autocratic monarch. The goal of our founding fathers was to establish a nation where individual freedom and a guarantee of human rights would be offered to every man, woman, and child in America. Unfortunately, many members of our own government in 2023 are opposed to those dreams.

Let Us All Live in the “Now,” not the Past

Let me make something clear. Regardless of the subject, history is not just a story about the past. History produces changes; some good and some not so good.

This is critical for America, most importantly the majority of the American people. There is an old story about a young boy who began in the mailroom and years later become the Chairman of the Board. This is bullshit in the 21st century. It could never happen. In most corporations, if you begin in the mailroom, you will die in the mailroom. Degrees from prestigious universities are of greater value than experience and ideas. This is why big business is only focused on profits today, and why they fail to provide for the people of our nation.

When I was first legally able to vote in 1967, our government was filled with men and a few women who had ideas to better the quality of life for all Americans. Democrats and Republicans did not agree about the path, or the methods to achieve their goals, but deliberation and compromise were effective most of the time.

Everyone Should be an “Independent”

This is why I have been an Independent from day one. I do not believe in political parties, I believe in ideas and the exploration of those ideas and opinions by free-thinking individuals who offered their own insight into every issue. Political parties did not dominate the future of our nation. Men and women with high levels of intelligence were focused on the important issues which existed in those years. Republicans continue to ignore what is important to the majority in the 21st century.

The Bill of Rights has been the basis for many of our decisions in Washington. However, in the 21st century, most of these 10 Amendments are confusing and even archaic, not applicable to life in today’s America.

The Second, Third, and Seventh Amendments have no application in our nation today. This is not of great importance, considering that in 1789 the nation of today had no relevance to that of a young country that would face great changes over the next two centuries.

The truth is that in my own 76 years, I have seen changes that could never have been anticipated when I was a young man in the 1960s.

Change Is Inevitable for Americans

Regardless of the opinion of right-wing extremists, the Constitution must be considered a ‘living document.’ Change is inevitable and if our nation is to grow and survive, it must accept and embrace those changes.

Living in the past eliminates the future. More importantly, ignoring what is happening today forces our country to regress into the past, and much of our nation’s past is regressive, and destructive, and prevents growth.

Let’s all demand that the acceptance of more mass shootings than days on the calendar ends now. Our government must ignore those who place their “gun rights” ahead of the lives of innocents. America must change for the better and not rush blindly into its dark past.

Find my novels on Amazon’s Kindle