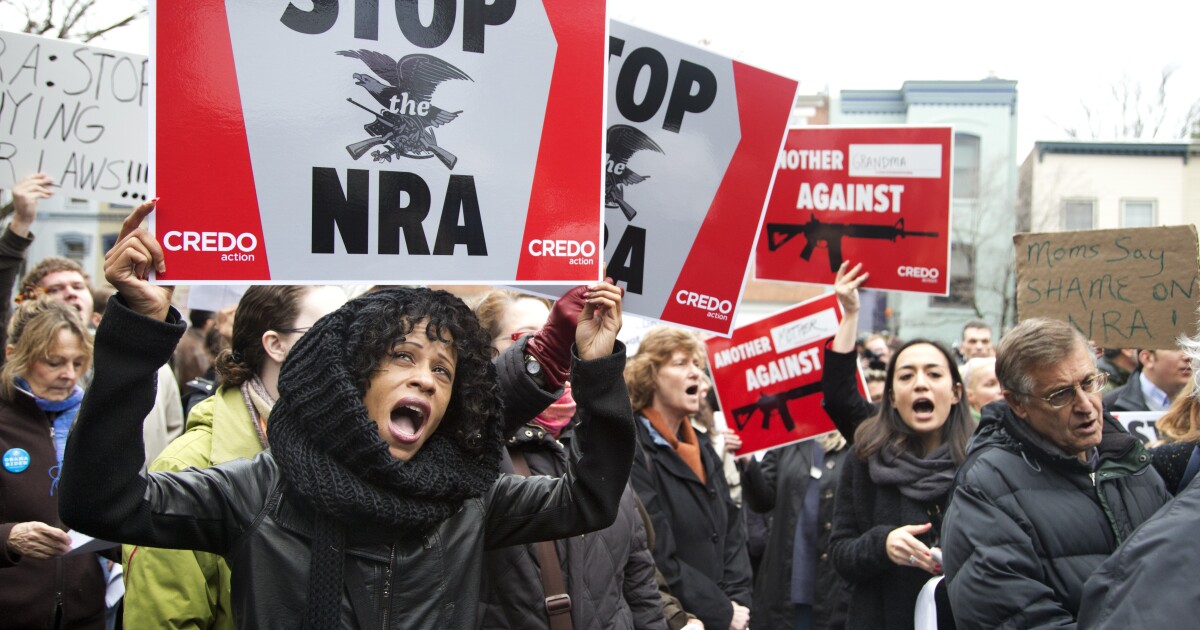 Shannon Watts is stepping down from Moms Demand Action, the “grass-roots advocacy group” that has taken off with the help of billionaire Michael Bloomberg. As such, she has received a gushing profile in the Washington Post about her and the billionaire-funded “grassroots” group, where the outlet seems to assume the gun control movement has been winning in politics for the last several years because of how brave and organized she is.

Moms Demand Action became a “political juggernaut” under Watts’s leadership, the Washington Post claims. “Now, in much of the country, Moms Demand’s influence has eclipsed that of its longtime adversary, the National Rifle Association,” we are told, as it has “enlisted tens of thousands of volunteers” across the country. (The NRA claims to have around 5 million members — make of that what you will).

And what has this “political juggernaut” done to advance gun control over the past decade? Practically nothing.

In 2013, the Senate voted down President Barack Obama’s gun control agenda. Nine years later, the group got its big win with the “first significant gun legislation” to become law in three decades. But the bill “didn’t include many of the sweeping changes activists had long fought for,” though. In fact, it only incentivized states to pass red flag laws and slightly tightened background checks for certain crimes.

Aside from that, the group has accomplished next to nothing. The gun control movement lost substantial support during the pandemic, hitting a seven-year low in 2021. Millions of people became first-time gun owners during the crime wave that followed the Black Lives Matter riots, leaving the gun control movement in an even weaker position for years to come. But hey, Watts trolled the NRA on Twitter sometimes (including with misleading claims), and “no one today can out-organize” Moms Demand, according to her.

So they may be losing, but no one will ever be a more organized group of losers.

CLICK HERE TO READ MORE FROM THE WASHINGTON EXAMINER

While the Washington Post portrays Watts as an important voice in the gun control debate (Watts wrote a blurb for a book written by the author of this puff piece), the reality is she is just another voice. It may have been louder thanks to the amplification by the media and Bloomberg’s money, but it pales next to the millions of gun owners who simply keep their heads down, head to the polls, and vote.

Gun owners and those who support the Second Amendment do not need to “out-organize” corporate-funded gun grabbers. That is why Watts’s tenure has been so ineffective, and the dime-a-dozen activists who replace her will find out the same thing.