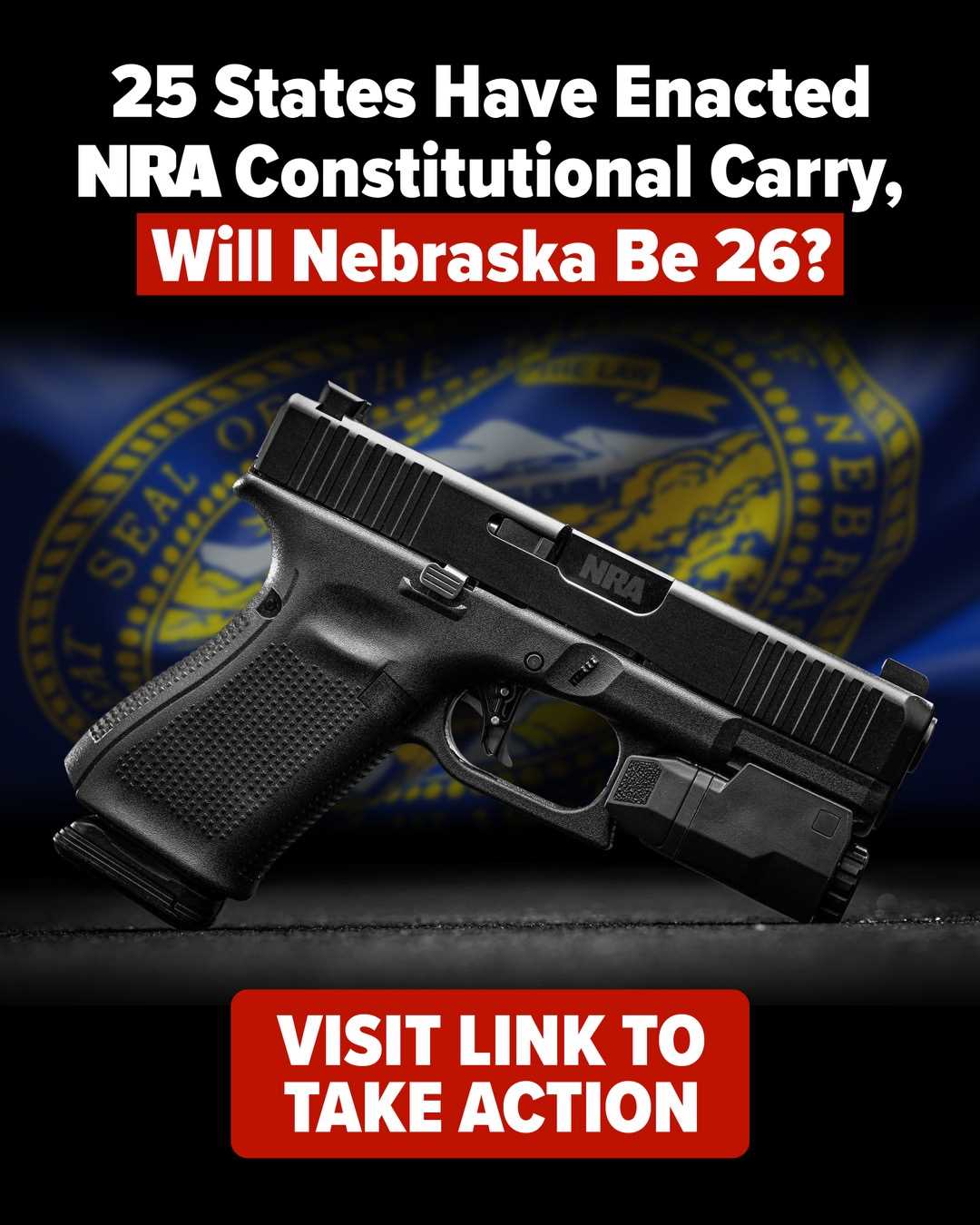 Constitutional Carry has been sent to the Judiciary Committee, please use the link below to contact the Committee Members today urging them to support this important legislation. Legislative Bill 77, Constitutional Carry, was introduced last week by Senator Brewer along with 26 co-sponsors. Thank you to everyone who contacted their senators asking them to co-sponsor. Half of the Nation has now enacted some form of Constitutional Carry. Nebraska can lead the charge for the second half to do so.

Legislative Bill 77 recognizes that a law-abiding adult who is already legally allowed to carry a concealed firearm can do so without obtaining government permission. This ensures that citizens have the right to self-defense without government fees, red tape, or delays. Additionally, this legislation maintains the existing concealed handgun license system, so citizens who still wish to obtain a permit may do so.

NRA-ILA will keep you informed about how you can play an important role in helping us preserve the Second Amendment and freedom in Nebraska.