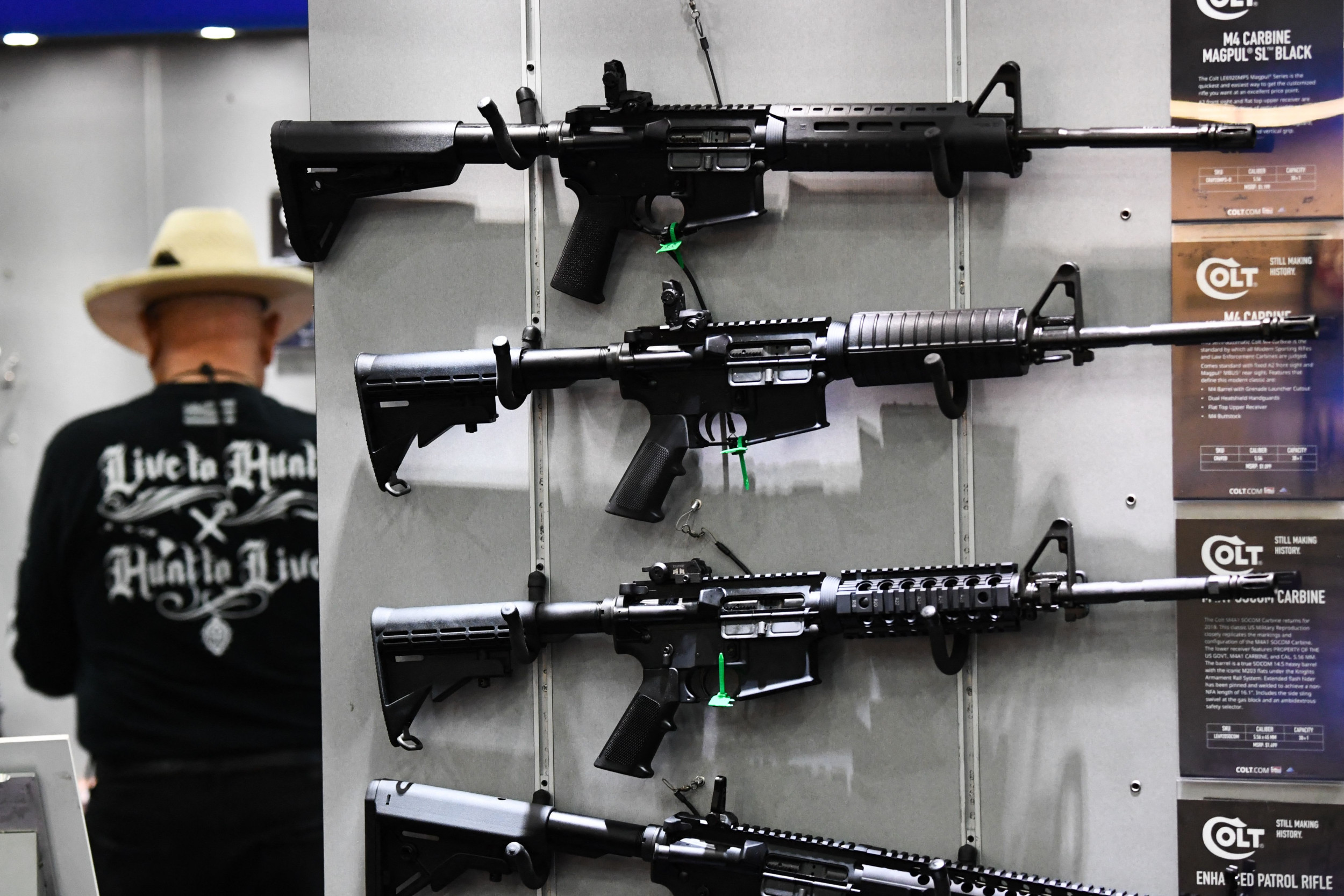 A Republican lawmaker in Illinois has said he will “not comply” with a new law banning the sale or possession of new assault weapons, along with high-capacity magazines.

The legislation was signed on Wednesday by Illinois Governor J.B. Pritzker, having already been approved by the state Senate and House.

It took immediate effect, with Pritzker tweeting that he is “tired of living in a world where a mass shooting needs a title so you know which one we’re referring to.”

But the new law sparked a furious reaction from Republicans, with Illinois state Representative Blaine Wilhour saying: “We will not comply, and you’re not going to do a darn thing about it, because the law, the Constitution, and the founding principles are on our side.”

Newsweek reached out to Wilhour to ask him how he intends to “not comply,” and whether he is prepared to risk legal consequences by actively breaking the law.

Darren Bailey, an outgoing GOP state representative who lost the governor’s race to Pritzker, tweeted: “I’ll die on my front porch before anyone takes my guns away. My message to Springfield: If you want my guns, come get them.”

Bailey argued the legislation violates his Second Amendment rights, adding he will fight the measure “in court.”

On July 4, seven people were killed, and dozens injured after a shooter opened fire on an Independence Day parade in Highland Park, Illinois. It later emerged that the gunman used a legally acquired semi-automatic weapon for the attack.

Before signing the new law, Pritzker addressed the massacre directly, saying it had been able to happen “because our state and our nation have been held hostage by the NRA (National Rifle Association) and their allies time and time again.”

“After nearly every mass shooting we’ve seen efforts to ban dangerous weapons thwarted, and then leaders send their thoughts and prayers while they throw their hands up, resigning themselves to the idea that gun violence is a sacrifice that Americans must accept. But it doesn’t have to be that way,” he said.

Highland Park shooting survivors were among gun control campaigners who cheered as the new legislation was signed.

Those Illinois residents who already own assault weapons will be able to keep them under the new law, but they must be registered with the Illinois State Police.

A joint statement welcoming the bill as “one of the strongest assault weapons bans in the country” was released by Pritzker, along with Democrat Senate President Don Harmon and House Speaker Emanuel “Chris” Welch.

However, Republican state Representative Patrick Windhorst argued the law will only impact “law-abiding gun owners,” rather than criminals.

Speaking on Tuesday during a debate in the Illinois House Windhorst said: “People who break the law, people who commit violent crime are not going to register their firearms, are not going to turn in their magazines. This will not stop that crime. What will happen is law-abiding gun owners will be yet again impacted by laws in this General Assembly, yet again have their Second Amendment rights restrained.”

On New Year’s Day alone, 56 people were shot dead across the United States, with another 137 injured, according to data from the Gun Violence Archive.