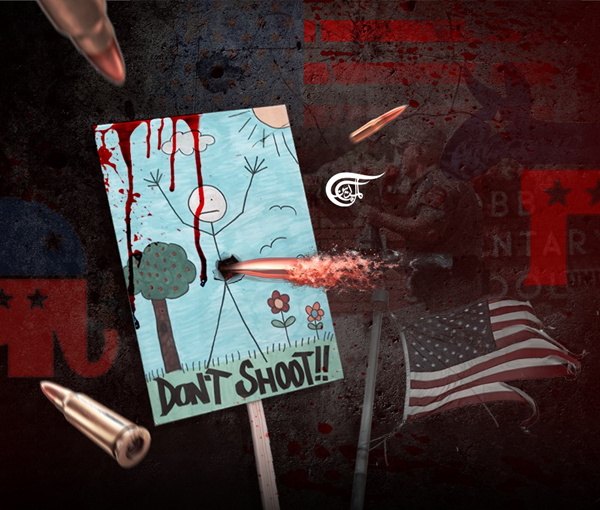 The US is in the grip of a surge in gun violence, a necessary result of political polarization.

With the ringing of New Year bells all over the world, the US ushered in the New Year amidst violence. On January 1, 2023, the sound of gunshots, cries for help, and screams pierced the sky. On the first day of the New Year, a number of fatal shootings occurred in various places in the US, with many of the victims being underage children. The proliferation of firearms has kept the innocent souls of those who died at the hands of gunmen forever stuck in one yesterday after another. In the past 2022, epidemics such as the Covid-19 pandemic, MPOX, and unexplained hepatitis in children continued to kill countless lives in the US, which was unable to fight these breakouts. As “another epidemic”, gun violence in the US hit an all-time high in 2022, and what price did the increasing gun violence impose on the ineffective gun control in the US?

According to an investigation report released by the US House of Representatives Committee on Oversight and Government Reform in 2022, with the surge in gun violence in the past decade, the five major gun manufacturers in the US have earned more than $1 billion from the sale of AR-15 semi-automatic rifles alone. According to conservative estimates, the total number of guns in circulation in the US is about 390 million, which is equivalent to 120.5 guns for every 100 Americans, placing America in the lead in gun ownership in the world.

In addition, the US Congress passed the Protection of Lawful Commerce in Arms Act (PLCAA) in 2005, which granted gun manufacturers and dealers broad immunity from most lawsuits. As a result of the Act’s protections, the number of federally-licensed gun dealers across the US has increased by another 2,000 in the past five years, bringing the total to 71,600. The numbers prove that the epidemic of gun violence in the US today is much worse than at any other time in history, and that “more guns than civilians” is the biggest culprit in this tragedy.

Gun violence has become the “No. 1 killer” of minors in the US

According to the US “Gun Violence Archive” website, 44,186 people died from different forms of gun violence in the US in 2022, including more than 20,000 people killed by homicide. What is particularly alarming is that there were 647 mass shootings in 2022 that resulted in four or more deaths or injuries, in addition to the shooter. This is the third year in a row that the number of mass shootings in the US has exceeded 600. Even more appalling is the fact that 1,660 American children and teens under the age of 17 died from gun violence in 2022. Gun violence has become the “No.1 killer” of America’s children.

Gun Violence Persists, US Political Realities Are Powerless to Turn the Tide

Gun violence devours lives day after day, but in today’s America, where political polarization and partisanship are intensifying, gun control has long been trapped in an unresolved cycle. In the wake of the May 2022 shootings in New York and Texas, the US Congress passed the Bipartisan Safer Communities Act in June under intense outside pressure. The bill, however, has little to do with real “gun control”. Ironically, just two hours before the bill was passed, the Supreme Court of the US, with a majority of conservative judges, struck down a century-old New York state law restricting concealed carry outside the home, severely limiting the ability of state and local governments to regulate firearms. The New York Times commented that the “two Americas” are moving in opposite directions, driven by the Supreme Court, with red (for Republicans) and blue (for Democrats) as the boundary.

The problem of gun violence in the US is “unique and persistent” because the concept of gun ownership has been deeply rooted in the country’s politics, culture, and laws since its inception. For a long time, the “political narrative” about guns has been controlled by special interest groups represented by the National Rifle Association (NRA), conservative politicians, and gun manufacturers; the polarized opposition of bipartisan politics and the division of American society are like two sides of the same coin, any discussion around public policy will only end up in the trap of political struggle and even conspiracy theories, which will not help to solve the problem in any way. The American political process so far has been unable to change this fact, and the personal safety and stability of the American people have already become “sacrificial lambs”.