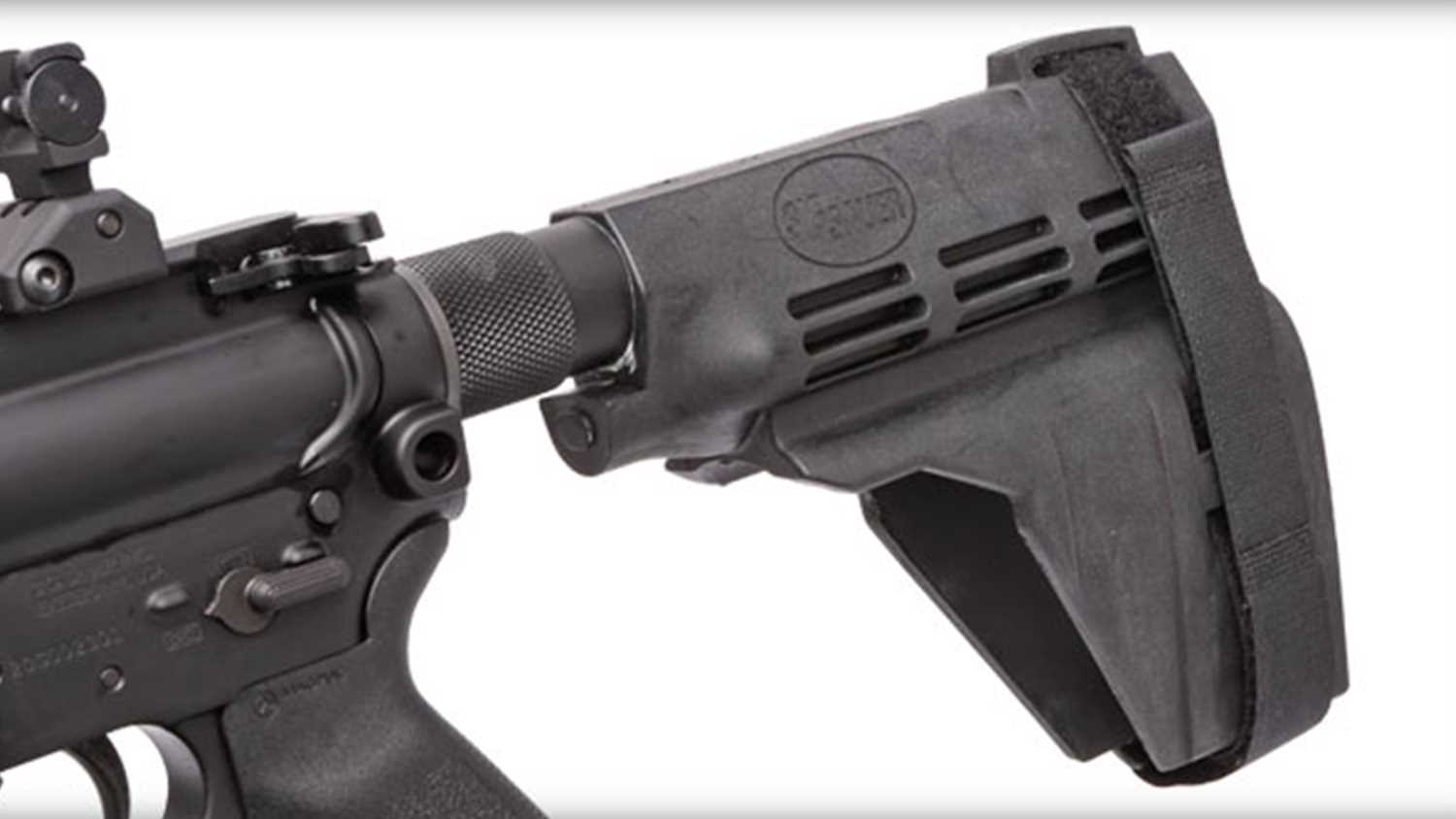 On Friday, January, 13, the Bureau of Alcohol, Tobacco, Firearms and Explosives (ATF) posted the “final” Factoring Criteria for Firearms with Attached “Stabilizing Braces” rule to its website.

The proposed rule was first posted by the agency in June 2021, and, is the most recent in a long line of ATF guidance, rulings, and rules regarding firearms with attached stabilizing braces.

The text posted to ATF’s website has not yet been submitted to the federal register, so it is not technically a “final” rule yet, but it likely will be posted in the coming week.

Since 2012, when Biden was serving as then-President Barack Obama’s vice president, ATF has recognized that stabilizing braces serve a legitimate function, and the inclusion of a stabilizing brace on a pistol or other firearm does not automatically subject that firearm to the provisions of the National Firearms Act. That’s because stabilizing braces were first designed and intended to help disabled veterans fire large format pistols.

NRA has repeatedly pushed back on administration attempts to classify firearms with attached braces under the NFA. When the most recent rule was proposed, NRA submitted comments, which you can find here.

The rule differs substantially from the rule proposed a year and a half ago by the Biden Administration. While that proposal suffered from numerous problems, the final rule abandons any attempt at objectivity and continues ATF’s long practice of applying a “we’ll know it when we see it” standard.

ATF begins the new rule by clarifying that any former guidance or rulings on stabilizing braces are void.

The rule then amends the existing definition of “rifle” by adding the following.

(ii) Whether the weapon has a length of pull, measured from the center of the trigger to the center of the shoulder stock or other rearward accessory, component or attachment (including an adjustable or telescoping attachment with the ability to lock into various positions along a buffer tube, receiver extension, or other attachment method), that is consistent with similarly designed rifles;

(iii) Whether the weapon is equipped with sights or a scope with eye relief that require the weapon to be fired from the shoulder in order to be used as designed;

(iv) Whether the surface area that allows the weapon to be fired from the shoulder is created by a buffer tube, receiver extension, or any other accessory, component, or other rearward attachment that is necessary for the cycle of operations;

(v) The manufacturer’s direct and indirect marketing and promotional materials indicating the intended use of the weapon; and

(vi) Information demonstrating the likely use of the weapon in the general community.

While it is not the role of an administrative agency to add to a congressionally enacted statutory definition, doing so in such an arbitrary and nonsensical manner is especially damaging to the rule of law.

Creating a firearm classification that is contingent on a firearm having rear surface area, without even providing a measurement for how much area is sufficient to trigger the classification, is the exact type of arbitrary rule making the Administrative Procedures Act (and the Due Process Clause of the Constitution) prohibit.

The new “standard” seems clear: ATF will decide on a case-by-case basis whether a given firearm is subject to the NFA, and American gun owners will face felony consequences at the whims of bureaucratic decision makers.

The new rule will be in effect on the date that it is posted in the federal register, but ATF is giving existing owners of affected firearms 120 days to take one of several options provided by the rule.

These options vary depending on whether a person is a Federal Firearms Licensee, an unlicensed person, or a government entity, but the options generally include removing the short barrel and exchanging it for one that is longer than 16 inches, filing a Form 1 to “make” the firearm as a short-barrel rifle, removing the brace, surrendering the firearm, or destroying the firearm.

Whichever option is selected, it must be exercised before the date that is 120 days after the rule is posted in the federal register.

ATF also notes that there are legal issues created by simply removing the brace from the affected firearm because this may result in a “weapon made from a rifle,” which would normally be subject to the NFA. The rule claims that ATF will use its enforcement discretion to not enforce the NFA against users who remove a brace and reconfigure the firearm as a pistol.

For those who choose to remove the brace from their firearm, ATF also claims that the brace must be altered or destroyed so that it simply cannot be reinstalled. This is a strange claim since ATF has no authority to regulate braces separate from a firearm (just like they cannot regulate a stock, pistol grip, or other accessory).

While the agency may be attempting to apply various cases that say possessing a disassembled NFA firearm is the same as possessing a complete NFA firearm, that case law generally does not prohibit someone from possessing the components for an NFA firearm if the components can also be assembled into a non-NFA configuration. ATF must make this clear before many law-abiding gun owners destroy lawfully-acquired property to comply with the rule.

This rule also comes only two weeks after the en banc Fifth Circuit Court of Appeals invalidated another ATF rule that attempted to treat bump fire stocks as machine guns. With federal courts now more willing than ever to provide meaningful review of federal regulations, this rule should fail for the same reasons that the bump stock rule failed. It is not a reasonable application of the governing statute and any vagueness in the statute should be interpreted in favor of a narrow reading of the statute to comply with the rule of lenity.

NRA and other groups are already preparing litigation to challenge the rule. Please stay tuned to www.nraila.org for more updates.