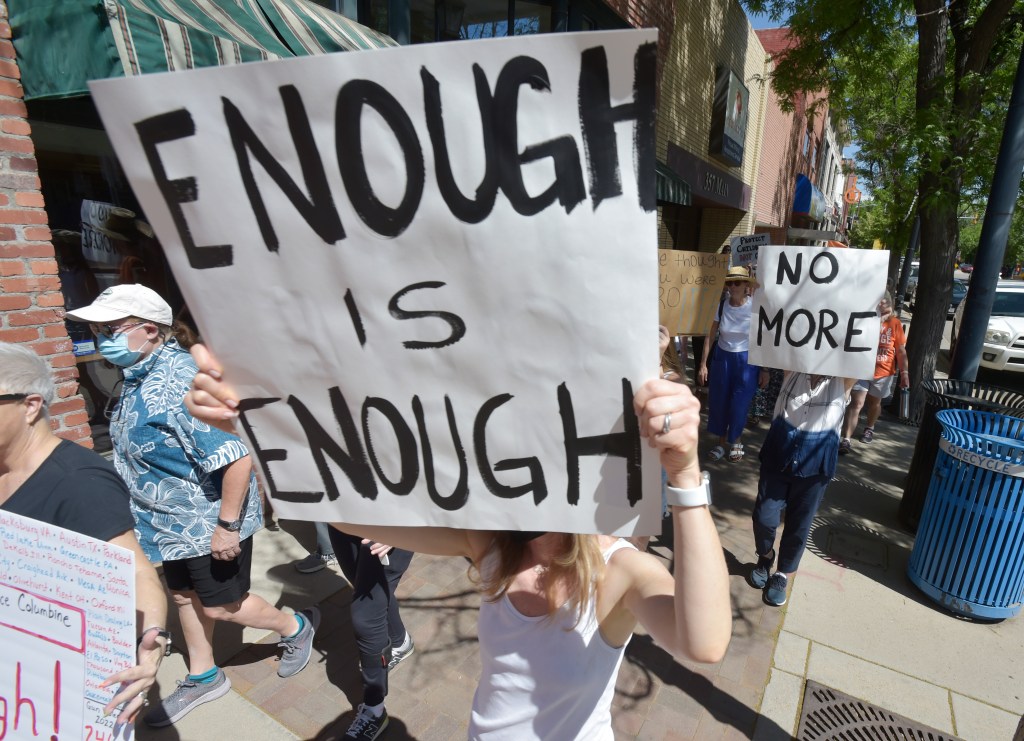 Editor’s note: The first paragraph of this guest opinion was mistakenly printed as a letter to the editor on Jan. 15.

The Camera reports that our Legislature intends to take action on gun violence. Mass shootings have become a regular occurrence in our country, with over 600 mass shootings in 2022, and just recently two more. More children died from gunshots than any other cause this past year. After each death/murderous rampage we wonder: “Why it is so hard to pass gun control legislation in our country?” Nearly 90% of Americans want background checks, including 74% of NRA members, but Congress remains paralyzed. Why?

The answers seem clear. First, right-wing billionaires and arms manufacturers have great political power. They finance the campaigns of our congressional leaders, who oblige them with gun-friendly legislation. Since the ’70s, right-wing billionaires have financed the NRA and worked to make sure that SCOTUS became packed with conservative jurists. Their grip on Congress means gun control cannot be passed.

Secondly, “gun rights” advocates argue that mass casualties incidents, such as what Boulder experienced in March 2021, are “the price of freedom.” This fails to recognize that liberty is not an unlimited right. I am not free to stick my knife in your chest. Anti-maskers are not “free” to decide not to help control COVID. So the current conception some have of gun rights/individual freedom is another part of the problem.

It lies behind the recent conservative SCOTUS’ interpretation of Second Amendment rights, which fly in the face of years of court decisions. They held that the Second Amendment protects an individual’s “right to bear arms.” This is a very dubious interpretation. The Second Amendment reads: “A well-regulated Militia, being necessary for the security of a free state, the right of the people to keep and bear arms, shall not be infringed.” Our founders did not elaborate on this, but in the 1700s to “bear arms” likely just meant to be part of an organized militia. In 1840, a Tennessee court pointed out that using a gun your entire life did not constitute bearing arms, which applies to militias only. Until 1959, the courts uniformly held that its goal was not to protect a non-existent individual’s right to own a gun.

Interestingly, the NRA was not always against gun control. It was established in 1871 as an organization to benefit hunters and other marksmen. In 1931 the NRA backed limits on concealed weapons and supported background checks. The NRA supported gun control acts in 1934 and 1968. But by the mid-1970s this changed. Funded lavishly by arms manufacturers, the NRA became one of the three most powerful lobbies in Washington D.C. It spent $40 million on the 2008 election. The idea of an unfettered right to own and carry weapons has come to symbolize the Republican Party.

Thirdly, the white supremacist ideology called “replacement theory” — the idea that people of color will take over control of the country from white people — lies behind some mass shootings. The theory has been in play since the 1970s and has become a major force via social media and such figures as FOX “news” personality Tucker Carlson, who beats this fear drum nightly. “Replacement theory” has now taken hold of the far-right element of the Republican Party and has become the motive behind some mass murders. Those who want to blame “disturbed individuals” for mass murders fail to recognize the role of white supremacist racial hatred and fear in inciting violence.

So we are brought to our current situation. How can we get sane gun control and combat the fires of racist hatred and violence? In part, we all need to recognize that free speech does not cover the kind of fear-mongering and falsity spread on the internet and by some media commentators who really should be muzzled. In part, we need to find ways to liberate Congress from the grip of billionaires overall, and from the military-industrial complex, which profits from selling weapons both here and abroad.