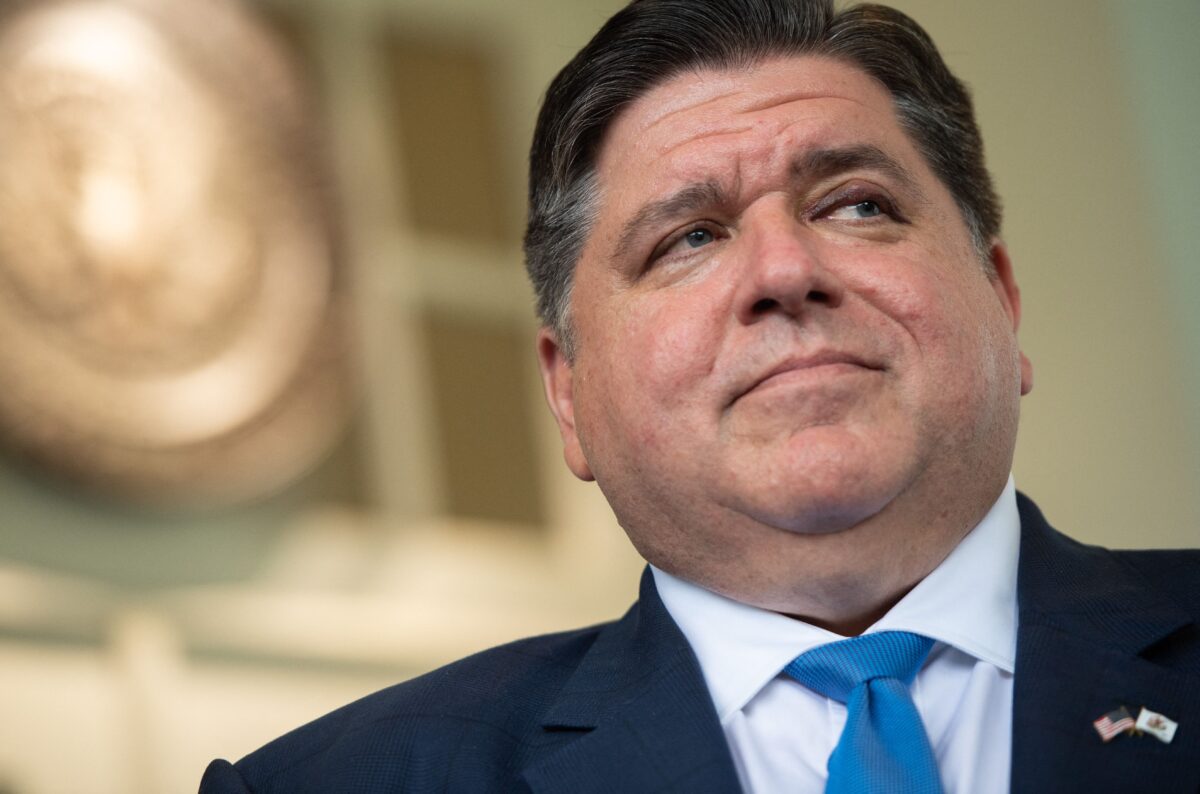 A federal lawsuit filed this week is one of several new complaints seeking to assert that a recently signed Illinois gun ban is illegal.

“‘The Second Amendment to the United States Constitution guarantees ‘the right of the people to keep and bear Arms.’ Under this constitutional provision, Plaintiff Harrel, and all other law-abiding, responsible Illinoisans have a fundamental, constitutionally guaranteed right to keep and bear common firearms for defense of self and family and for other lawful pursuits,” it states.

“But the State has enacted, and Defendants have authority to enforce, a flat prohibition on the manufacture, delivery, sale, import, purchase, and possession of many common firearms—tendentiously labeled ‘assault weapons’—by ordinary citizens, making it a crime for law-abiding citizens to exercise their fundamental right to keep and bear such arms.”

The law, signed by Democrat Gov. J.B. Pritzker on Jan. 11, defines assault weapons as semiautomatic firearms with certain capacities. Common guns such as AR-15s fall under the definition.

The new suit says the definition mischaracterizes the firearms as assault weapons and asserts that the banned guns can’t be outlawed because they’re owned by many people and aren’t “unusual or dangerous.”

The Illinois State Rifle Association and others, including several gun store owners, brought the suit.

“The 2nd Amendment is fundamentally about self-defense, and the 14th Amendment is about not having our rights infringed,” Richard Pearson, executive director of the association, said in a statement. “This new law makes criminals out of law-abiding citizens. The real problem is that there are existing gun laws that do not work because they are not enforced. We would all be much safer if the police had the resources they need, and there were stronger consequences for the non-law-abiding citizens.”

The suit, filed in federal court, asks for a declaration that the new law violates the Constitution and a prohibition on the law’s enforcement.

The United States had a federal “assault weapons” ban that lasted from 1994 to 2004, which prohibited the sale and manufacture of certain semiautomatic weapons and higher-capacity magazines. The Department of Justice previously issued a study, which has been often cited by the National Rifle Association and other groups, finding that the 1994 federal ban didn’t lead to a significant drop in shootings and murders.

Several other actions were brought in state courts.

The law “is an outright attack on the constitutional rights of lawful gun owners across the state,” DeVore said in a statement.

Illinois residents across 87 counties joined the suit, which asked for a temporary restraining order against the enforcement of the law.

An emergency hearing was already held and a judge is expected to decide on the request on Jan. 20.

A separate suit was filed in Crawford County. It says the law violates multiple parts of the Constitution, including the 14th Amendment.

“Firearms of these types that have traditionally been held for lawful purposes simply may not be banned,” Thomas Maag, who filed the suit, told WLS-TV.

Illinois Attorney General Kwame Raoul, a Democrat, told news outlets in a statement that his office “has become accustomed to facing a barrage of challenges to newly enacted state statutes and executive orders.”

“As we have done previously, we are prepared to defend the Protect Illinois Communities Act in courtrooms around Illinois,” Raoul said.

Pritzker said when signing the bill that he was “proud to sign” the legislation, which he said was “one of the strongest assault weapons bans in the nation.”

In a statement to outlets regarding the suits, the governor’s office said Pritzker was “confident the courts will uphold the constitutionality of the Protect Illinois Communities Act.”

“This legislation was the result of hundreds of hours of collaboration and cooperation between legal experts, legislators, and advocates, and it makes Illinois a safer place for every resident,” the office said. “Despite political grandstanding from those more beholden to the gun lobby than to the safety of their constituents, this law is in effect and protecting Illinoisans from the constant fear of being gunned down in a place of worship, at a parade, or on a street corner.”

A number of sheriffs in Illinois have said they won’t enforce the new law, including Iroquois County Sheriff Clinton J. Perzee, who said he believes it’s “a clear violation” of the Second Amendment.

DeVore said that he’s tallied only three sheriffs who support the law, while most haven’t taken a position.

“I suspect local officials will just ignore the law in the unlikely event it’s not struck down by then,” DeVore said on Facebook.

“Sometimes mass disobedience is the only method to deal with a tyrant. History has long proven that when people take a stand and say no, there is nothing a tyrant can do about it.”