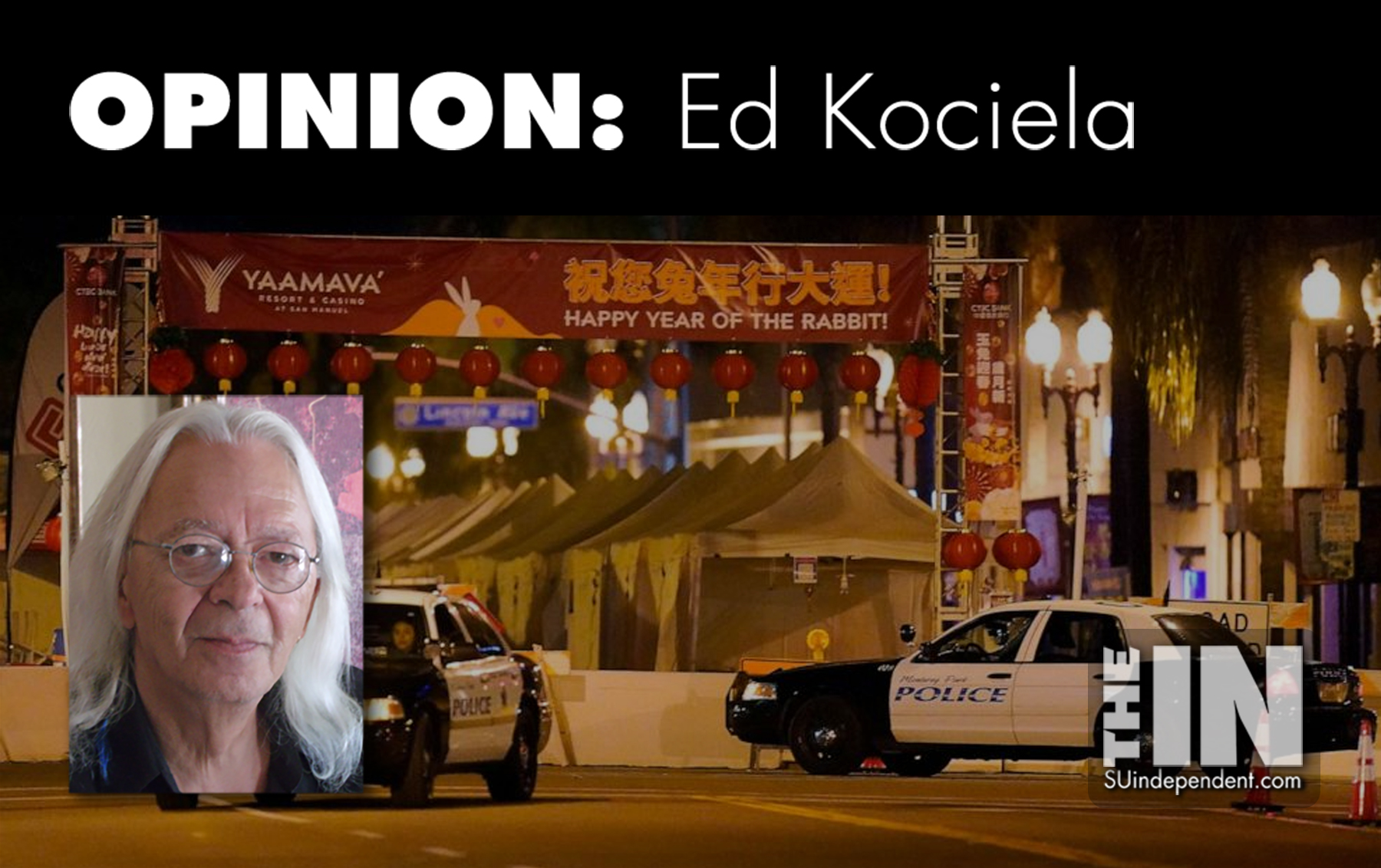 There will be, you can rest assured, much hue and cry associated with the mass shooting in a dance hall in Monterey Park, Calif., during a Lunar New Year’s Eve celebration over the weekend.

The usual voices will speak out against the lack of proper gun controls and general disrespect for the law and life while the toadies in the pocket of the National Rifle Association or the far, far right yabber on about their rights under the 2nd Amendment.

It will be diverted, of course, by those who take off in the tangent over what is or what isn’t an assault rifle, how many rounds the clips on these weapons of massive destruction should be allowed to carry, and, of course, the standard blame laid at the feet of the mental health experts who have neither the authority nor means to weed out the lunatics who lock and load with the intent to kill.

We will argue the quaint, poorly written language of the 2nd Amendment, debate the intent of those 27 words that have been used to defend the so-called rights of those who believe they need a firearm – any firearm – to protect themselves, whether at a public, private, of family gathering.

We will be shushed by those who say it is too early to discuss the lethality of guns and admonished to hold our tongues until a suitable time has passed. In other words, until the initial furor and pain have moved along.

And, it will go silent.

Until the next time.

And, the next time.

And, the next time.

Even then, whatever is decided will be weak sauce, just like all attempts up to this very moment to put a stop to the killing.

Oh, they will talk about putting stringent rules about gun control into place but, let’s face it, we can’t even stop a 6-year-old kid with mental challenges from bringing a gun to school and shooting the teacher, as we learned on Jan. 6 when a child took aim and shot his teacher in Newport News, Va. with his mother’s gun. This is a kid who allegedly sent a note telling a teacher how much he would like to set her on fire. It is also a kid who blockaded the doorway with furniture to prevent the students and teacher from leaving and threw furniture around the classroom. The victims here all survived, including the teacher, but if we cannot prevent a child from shooting a teacher – even after searching his backpack as school officials claim – then how do we stop some psycho bastard with weapons from continuing this epidemic of murder and mayhem?

What will it take?

When will enough be enough?

I admit, at one time I was a gun enthusiast.

I enjoyed going into the woods for the deer hunt.

I didn’t, however, enjoy getting in the middle of some drunken idiots on Cedar Mountain who started shooting randomly at a stand of trees I was perched behind on Navajo Lake while some guy from up above shot down over the ridge in my direction.

It was the last time I ever shouldered a weapon, NRA and deer be damned. I decided I really didn’t want to kill anything and, more importantly, that I didn’t want to be killed by some redneck trying to compensate for his shortcomings by toting a long rifle in one hand and a bottle of cheap whiskey in another. I just do not trust them. Truth is, there are some cops I have known who make me wonder how in God’s name somebody determined they were qualified to carry a loaded sidearm.

We are about to enter a very public case of a famous Hollywood actor, Alec Baldwin, going on trial for involuntary manslaughter for allegedly mishandling a gun during the filming of a movie. It caused the death of a crew member and the prosecuting attorney says the plan is to charge Baldwin and the film’s armorer. How Baldwin’s celebrity helps him during all of this remains to be seen. As we have witnessed, despite what we believe or hope, there are many who believe they are above the law who use their power or wealth to forestall or postpone punishment. Will those chickens ever come home to roost?

We really cannot hang it all on the campaign donations and lobbying efforts of the NRA anymore, either. The erstwhile gun group is suffering badly, losing memberships and money at an alarming, for them, pace. Enough so that we cannot claim the group as being in the forthright position of influence. No, that would go to the many pro-gun people who have radicalized the 2nd Amendment and make even the most well-intentioned members of the House and Senate quiver in their boots for even thinking that guns should somehow come under tighter control because they understand that it is Joe Sixpack who is demanding access to AR-15s and similar heavy iron.

Are there good gun owners?

There must be. Otherwise, the numbers would be even more disparaging.

But, are we doing enough to ensure only they have access to weapons?

Of course not, otherwise, we wouldn’t be chasing gunmen in Southern California and 6-year-olds in Virginia who have dropped the hammer on innocent people.

The bottom line is clear.

Your right to purchase and carry a weapon of any kind does not supersede by right to live a life free from the threat of a lunatic with a gun attacking me in a church, my supermarket, my favorite watering hole, or simply walking down the street.

And, I do not wish to place my safety in the hands of some well-meaning soul who carries a gun and thinks they are the Lone Ranger and will be able to intervene and save me.

Real life just does not happen that way.

It is time to collect all of the guns and melt them down into a scrap heap.

Until then, none of us is truly safe.